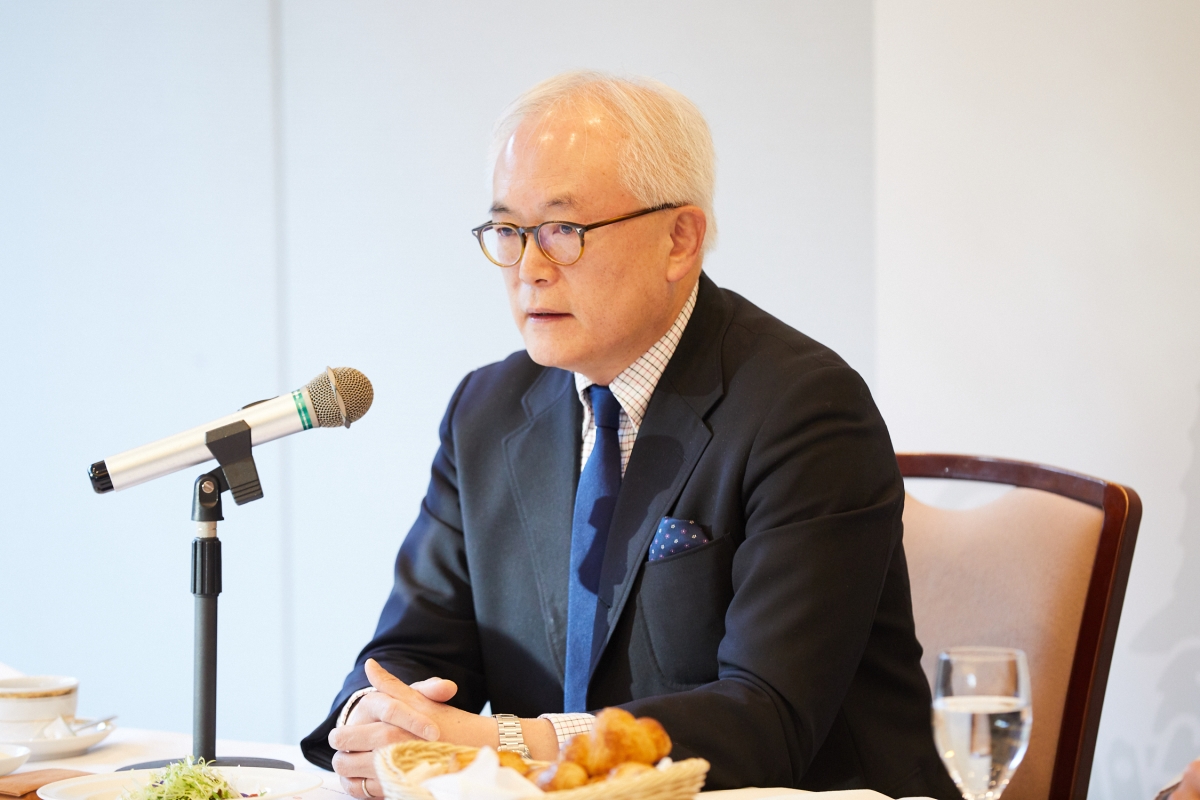 Prof. Taniguchi became Prime Minister Shizo Abe’s primary foreign policy speech writer in January 2013. He reflects on the three months following the PM’s visit to Yasukuni Shrine on 26 December 2013, the first anniversary of his second term of office, as the most critical period of his career. The visit outraged China, whose Ministry of Foreign Affairs encouraged embassies throughout the world  to take as many opportunities as possible to dub Japan to be challenging the post-war order,  intentionally preaching the Potsdam order.

These challenging times were overcome with the help of then Ambassador to Japan, Caroline Kennedy, who was very influential in convincing the many guests received from Washington D.C., visiting to discern the true personality of Shinzo Abe -whether he really was a revisionist, a reactionary or a post-war nationalist - before the Presidential visit scheduled in April. The celebrity ambassador would reassure her colleagues that choosing to work with Abe was the right decision, as few other Japanese politicians could take the U.S.-Japan alliance a far as he could. Obama’s visit proved to be very successful, marked by the first pledge in history made by the POTUS that the Senkaku Islands should be covered by U.S.-Japan joint security.