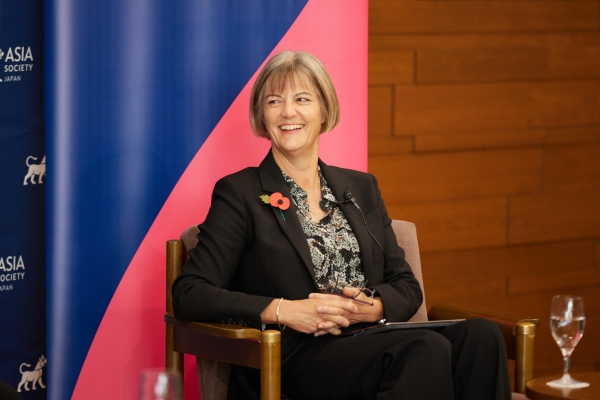 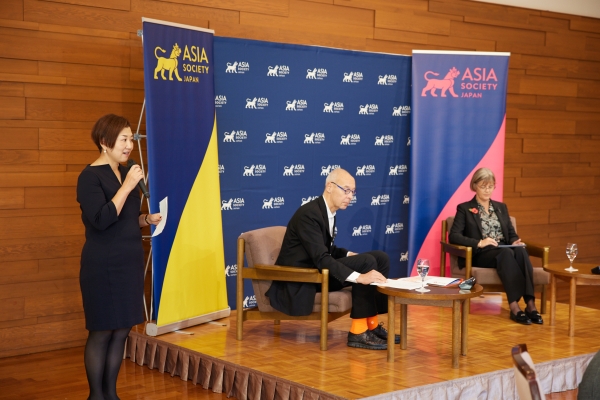 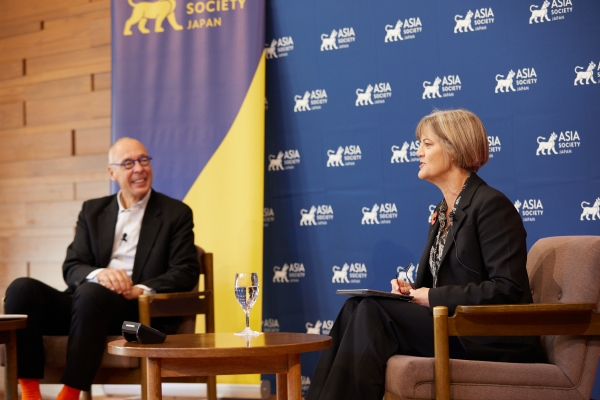 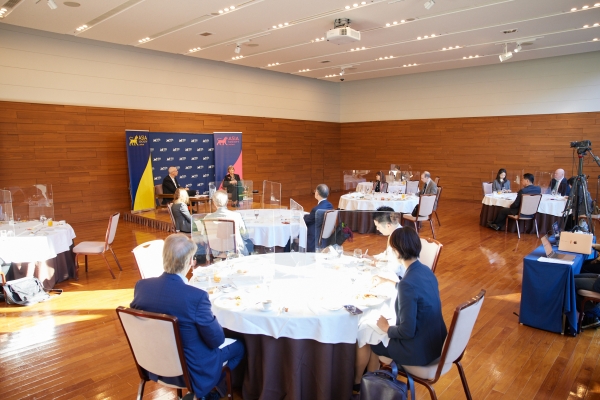 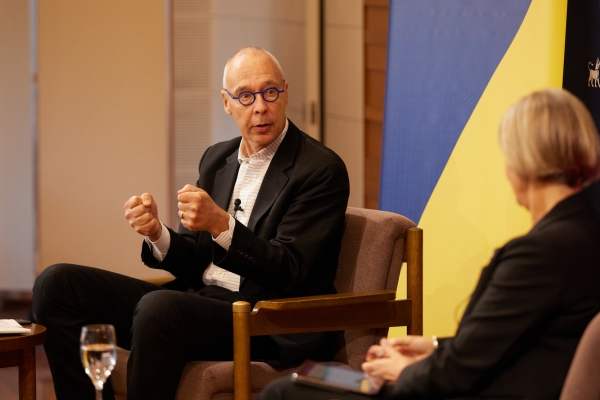 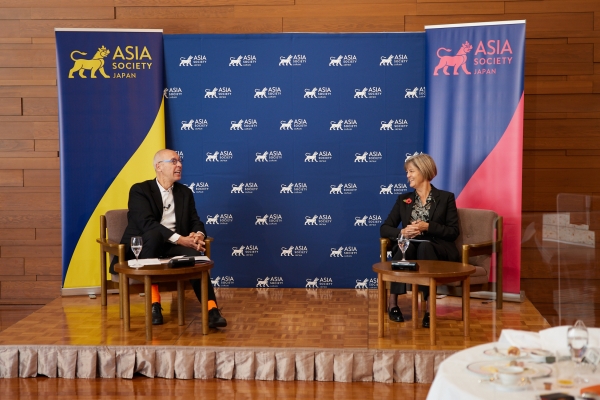 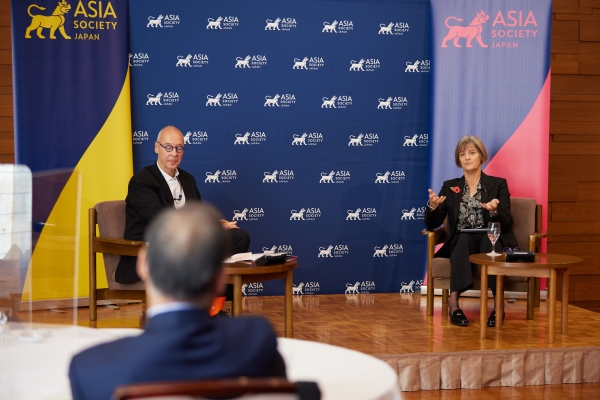 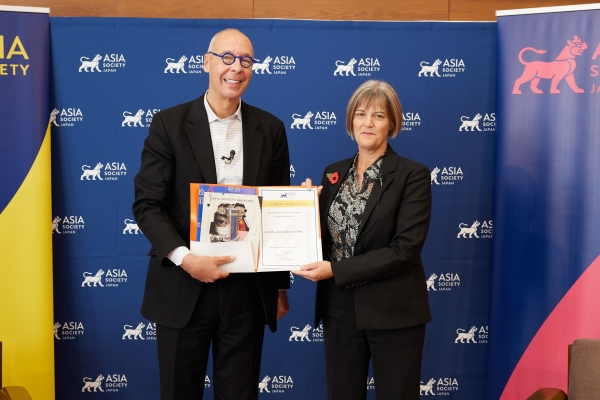 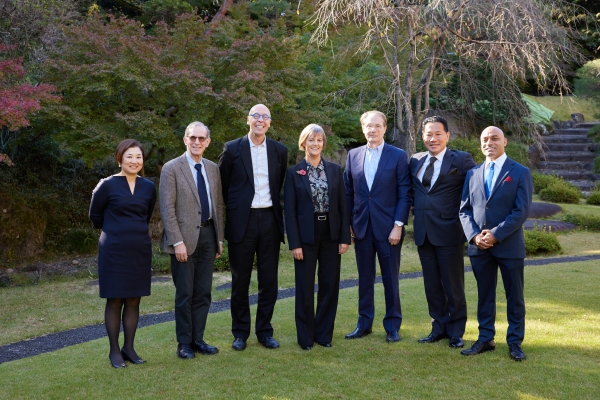 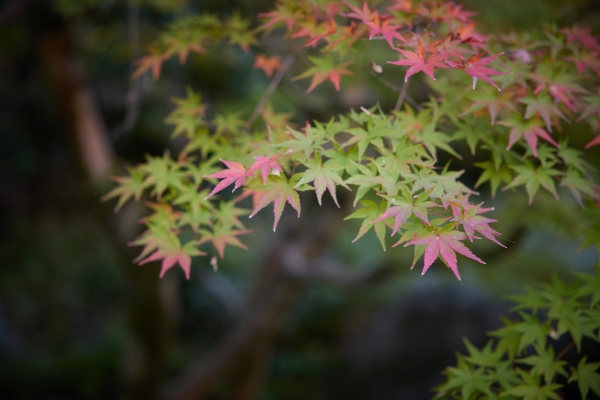 On November 12, 2021, Asia Society Japan welcomed the British Ambassador, H.E. Ms. Julia Longbottom CMG, to the Ambassadors’ Circle. She gave a presentation titled, “What does the UK’s Indo-Pacific tilt mean for Japan and the region?” and discussed various topics, such as UK’s Integrated Review, challenges and opportunities for Britain, and their relations with Japan and China.

The Integrated Review of Security, Defence, Development and Foreign Policy is the most fundamental review done by the British Government since the Cold War, reflecting the fact that, having left the European Union, the UK has started a new chapter in its history. It was important to set out what the UK stands for as an independent trading nation that seeks to contribute to the world. It lays emphasis on diversifying and increasing threats, including climate change, pandemics, and cybercrime. It also contains a chapter dedicated to the Indo-Pacific region, where all its interests are represented and where it has historical ties. The Integrated Review also highlights that the UK is a problem-solving burden-sharing nation with a strong focus on science and technology.

What are the reasons for the UK’s “Indo-Pacific tilt?” With 40% of the world’s GDP and half of its population, the Indo-Pacific region continues to grow fast. Since much of the UK’s trade goes through the region, maritime security and supporting the international rules-based system is critical. Many of the countries in the region share the values of freedom and democracy; and therefore, it is important to work with these partners to uphold international rules and norms. 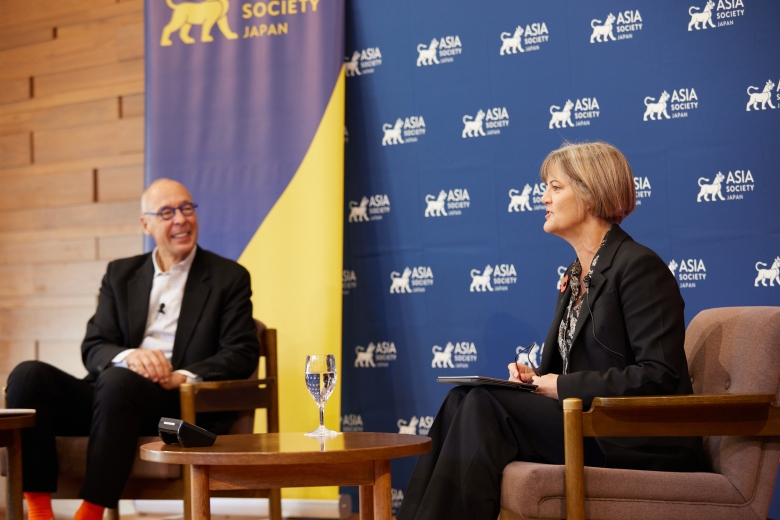 After the handover of Hong Kong, the UK has not had a sustained defence presence in the area, but as provided in the Defence White Paper, it intends to further step up its defence capability, including in the cybersphere, space and maritime arenas to resume and sustain a presence at large far from home. This has been exhibited in the dispatch of the Carrier Strike Group. The recent exercises with different national forces, including the Japanese Self-Defense Forces, showed countries in the region the importance of having friends who can turn up and play in an interoperable way that potential rivals in the region cannot.

The UK has been building its own network of free trade agreements since the UK’s departure from the EU. The trade agreement with Japan was the fastest ever negotiated and the first ever to be negotiated entirely online. The UK has acquired dialogue partner status with ASEAN this year and has also applied to join the CPTPP, with overall good reception.

The UK was one of the first counties in the world to write into law a target to achieve carbon neutrality by 2050. It harnessed its G7 Presidency to push countries hard in terms of climate commitments, successfully having Japan commit to phasing out financing of overseas coal by the end of 2021. Another important agenda at the G7 summit was build back better from COVID-19 and building a more sustainable and cleaner infrastructure and energy for the future. The UK seeks to work with Japan and other countries to support the energy transition of developing countries in the Indo-Pacific.

Emphasis on science and technology

Science and technology are significant part of the Integrated Review. The UK’s agile approval process in the face of emergency allowed it to be the first country in the world to approve a COVID-19 vaccine. Although such joint research has not been so visible, the collaboration between the UK and Japan in science has been most successful and major Japanese businesses have shown interest in British startups and potential unicorns. A vast number of Japanese corporates also invest in the UK renewable energy sector.

The UK has switched from the fully open, market-driven economy of the Thatcher years to one more hard-nosed on security questions, as defined in a new industrial strategy, ‘Build Back Better: our plan for growth’ which is focused on new technologies and areas of the economy that are important for the future. The UK seeks a good balance of security and openness to thrive as a nation, while strongly contributing to the world by properly developing new technologies and making them available to others.

Challenges and opportunities after the UK’s departure from the EU 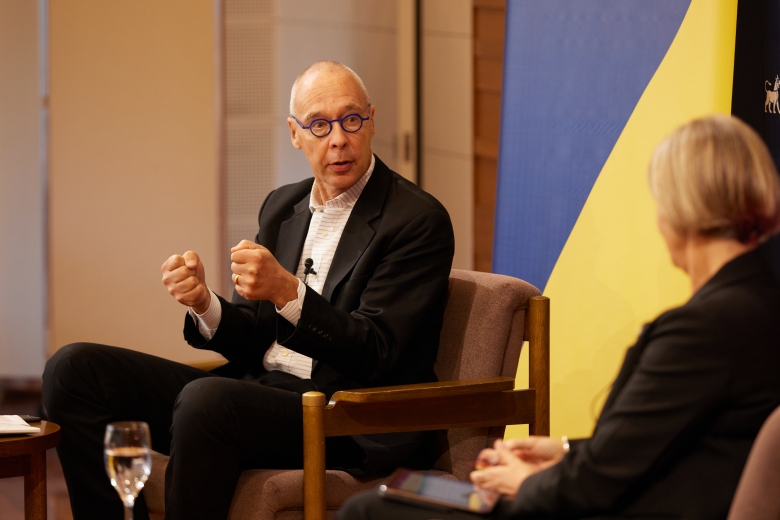 In a fireside chat with Mr. Jesper Koll, Her Excellency offered her reflections of how the challenges and opportunities after the UK’s departure from the EU have been dealt with. Thanks to the reassurance provided by the former Ambassador, Japanese investment in forward-looking areas of the UK economy has been increasing in the past year. The Ambassador sees promise in the areas of digital and other technologies. More opportunities for complementary partnership can be explored between the two countries. While Japan has great strengths in skills and hard infrastructure, such as grid technologies that will support the massive integration of renewables, the UK excels at creating innovations and turning big ideas into future propositions.

In terms of China relations, the Ambassador noted that the UK has respect for China’s economic growth story. China needs to be engaged in global initiatives for the world to be able to achieve its goals and create the right future for the entire planet. Yet, there is a need to stand up for important principles, interests and values when they are threatened. With a new investment security law in place, the UK has its eyes wide open. Investments are now filtered under the National Security Secretariat to make sure that the UK is not naively allowing research and new technologies to end up in the hands of others. 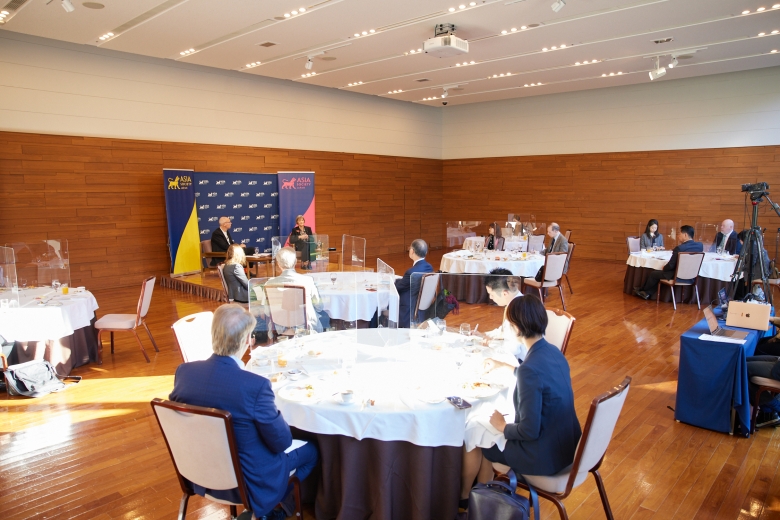 The UK believes that it is important to partner with other countries like Japan to pressure the US and China to make the right decisions and this has been part of the conversation with the Japanese Government. In the run up to COP26, the UK and supporting countries were successful in making the US and China feel isolated, leading to their welcome joint announcement on carbon reductions.

Japan has evolved as a leader in the world. During the Ambassador’s first assignment in Japan from 1990-1993, Japan was still being encouraged to play an active role in international security and foreign policy, but when she returned in 2012, she witnessed then Prime Minister Abe set in train some significant change in the landscape. She agreed that Japan’s greater international leadership role was evident in the CPTPP after the US left the TPP.  UK also sees Japan as its closest security partner in Asia and Prime Minister Kishi has openly shown interest in working with the UK on defence technologies.

The UK hopes that Japan will harness its strong ties with other countries in the Indo-Pacific region and to be more inclusive on how it works with other partners on development and economic assistance in the region. The UK seeks to collaborate with Japan to use their complementary strength in the “Build Back Better” space to make an offer to the developing world that is competitive with the offer made by China. Our offer would be based in values and economic support, and it would promote a wider sense of security through an inclusive international system.

In conclusion, the Ambassador touched upon AUKUS, which she described to be a partnership on the development of security capability, which does not build an operational security architecture in the region. The foremost focus of the pact is how the US and the UK can help Australia develop nuclear-powered submarines. The Japanese Government’s reaction has been positive.

One aspect of the UK’s departure from the EU is exploring how the UK can participate in different groupings in a multipolar world. The UK does not see the world as one large bloc and sees conventional blocs suffering. The UK will continue to explore how it can find new opportunities and pursue its interests in the different groupings in a future world of multiple minilaterals. 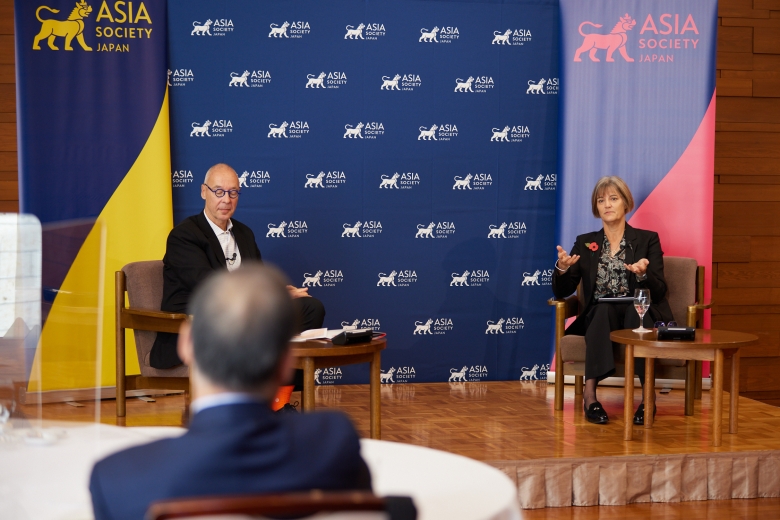 Questions from the floor included how emerging energy technologies will change the geopolitical structure of the world, Japan’s stance on human rights, other emerging issues to look out for and what the “West” stands for and how Western values will evolve in the global demographical shift. The Ambassador also elaborated on follow-up questions on COVID-19, AUKUS and CPTPP.