The History of a 'City Without History' 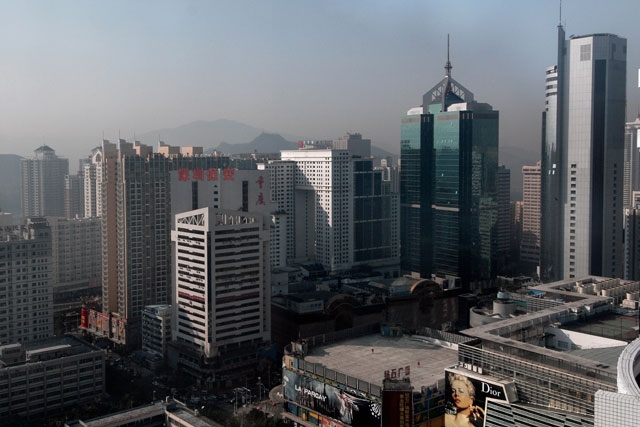 HONG KONG, May 4, 2010 - All literature, be it official, international or popular dialogues, share a common rhetoric  about Shenzhen—it is a city without history that went from a sleeping fishing village overnight to a modern metropolis, according to Juan Du, Assistant Professor in the Department of Architecture at the University of Hong Kong. Du finds Shenzhen a fascinating subject as people seem to be able to summarize the city in a few sentences, skipping an entire history of industrial revolution of how modern cities come to be. In her research however, Du uncovers an alternative history for the miracle city's coming of age.

Shenzhen, historically called "Bao'on", a territory of treasured peace was known for its tranquil beauty. In 1979, Deng Xiaoping established Special Economic Zones (SEZs) in the Pearl River Delta region, with Shenzhen being one of the zones, set up under common policies, receiving the same economic treatments with its peers. Shenzhen soon stood out among the SEZs not solely due to the growth in its population or economy, but also due to the amount of constructed landscape that totally changed the geography of the region.

"The scope, speed and scale of transformation both from a social point of view, and from a geographical point of view, is quite unprecedented in human history" said Du. With an original population of 30,000, Shenzhen's official population was 12 million in 2005, making the demographic 99% migrants.  There is no easy way to capture the amount of traffic into and out of the city; the population is never static, or consistently calculated in official documents. Du believes that the 22 million active SIM cards registered in Shenzhen now may well be the most accurate description of the volume of people and activities observed in the city today.

Adding to it is the growth in GDP from 1.96 million RMB in 1979, to 500 billion RMB in 2005, it is not hard to predict the complete disconnect from the way the city is represented and the reality, and how city planning is destined to fail in catching up. In 1989, Shenzhen already had an ambitious plan to grow from 30,000 to 1 million in 10 years. By 2000, the official population was 10 million. Every item of infrastructure built needs to support at least a ten-fold volume it is intended for, the overwhelming demand for housing gave rise to "villages in the city" built by farmers using small plots of land given to them as compensation for foregoing their farmland. These villages are highly organized like farmland, pixilated as seen from aerial photos; farmers reap their harvests through renting these small apartment blocks to the many migrant workers.  These villages are highly connected communities, with the most flexible and multi-functional use of space that no urban planner could have devised. A basketball court by day will turn into a night market packed with food stalls by night; abandoned multi-storey parking garages get turned into elementary schools for unregistered children of migrant workers. Instead of just feeling nostalgic about this creative use of space, it inspired Du to question the current pursuit for largeness in cities, "we have to have the biggest cultural district, the biggest museum, the biggest opera house, the biggest cultural center. I keep thinking, is there a different way to really approach how we should look at the city? And how we can imagine what is a more sustainable and reasonable way of looking at the relationship between how we live and how we design?" asked Du.

Considering how 50 percent of the Shenzhen population lives in these urban villages, built on only 10% of Shenzhen's total area, the density and the natural co-existence of history and cultures in these urban villages in Shenzhen are mind boggling. It is indisputable that these villages contributed tremendously to Shenzhen's rapid development, by providing basic subsistence for the vast migrant population, which is the major force driving the city's growth. In 2005 a city ordinance was issued to tear down all urban villages, televised demolition of the buildings was treated as a victory of urban renewal. Before long, however, the city government came to realization that these villages were a vital component to sustaining the city's development, and the city's renewal plan took a u-turn into rehabilitating these vibrant communities instead,.

Summarizing her findings on Shenzhen, Du concluded with her discovery of the accidental informal mode of sustainable urbanization the Shenzhen experiment has proved "we can interact with the city today as it is, and improve it as it is. Rather than treating it as an idealized version of a utopic city, And because so much of the past 50 years of urban planning and urban design have been trying to pursue this utopic vision of a modern city, and the cost is quite high, socially, economically, and environmentally" Shenzhen,, she believes is a perfect example of how we can develop, restore and at the same time respect a city, by not letting history stop growth, but to let growth blossom and evolve because of history.