Globalization in Korea and Asia 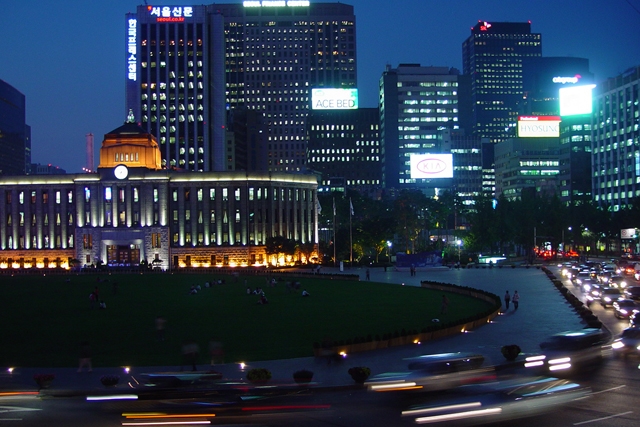 I am very pleased that the Asia Society is holding its Seventh Annual Corporate Conference here in Seoul. I extend my hearty welcome to you all, distinguished guests who came from many countries to attend the meeting.

The theme of the conference, "Asia Goes Global: Korea and the Region," I think, is at once appropriate and timely since it well reflects the recent major developments in--and the primary concerns of--Asia.

Today Asia is driven by its amazing dynamism and virtually limitless potential and is the locomotive for the growth of the world economy. Following the rapid growth of Singapore, Hong Kong, Taiwan and the Republic of Korea, the member countries of the Association of Southeast Asian Nations (ASEAN) took the road toward industrialization beginning in the 1980s and are proceeding smoothly down it.

As China, Vietnam and India have begun to open up in earnest, the economic development of Asia in general is accelerating. Asia, unlike other regions of the world, has been able to enjoy sustained growth and prosperity primarily because it adopted and outward-looking market economic system.

Korea is a typical Asian country that has achieved success by pursuing an open economy and an open society. Just a half century ago, Korea was one of the poorest countries of the world. Beginning in the 1960s, however, Korea adopted and began to pursue an outward-looking, open economic policy and has since seen its economy continue to grow at an average annual rate of some 8 percent in real terms. Today, the Korean economy is the 11th largest in the world.

Korea's annual trade volume last year amounted to US$260 billion, the 12th largest in the world. Trade with the Asia- Pacific region accounted for as much as 69 percent of Korea's total trade in 1995, up from 60 percent in 1980. The Asia- Pacific region also accounted for 70 percent of Korea's total investment abroad. Through this overseas investment, Korea is helping many of the countries in the region create more jobs, while also providing the technology and capital they need.

Moreover, to help boost economic cooperation between different regions of the world, Korea is actively participating in the activities of both the Asia-Pacific Economic Cooperation (APEC) forum and the Asia-Europe Economic Meeting (ASEM). Korea also plans to join the Organization for Economic Cooperation and Development (OECD).

Korea will be in the forefront of the move to implement the ideal of liberalizing investment and trade and will help lay a bridge between advanced and developing countries.

Since my inauguration as President of Korea in 1993, I have taken up "change and reform" and "segyehwa," or globalization, as the foremost goals of state affairs and have since pushed reform and opening up in all fields, including political, economic and social activities. It has become mandatory to use real names in all financial transactions and for high-ranking public officials to make public their financial assets, including real estate. Furthermore, every effort is being made to eliminate government-business collusion to keep our economy and Government clean.

The Government has taken bold steps to ease regulations so that the private sector can maximize its creativity and fully exercise its initiative. Measures are also being taken to improve in a major way the domestic environment for foreign investors and thus make Korea a country where it is good and desirable to do business.

The segyehwa policy Korea is pursuing represents an effort to eliminate the inefficiency and malpractice stemming from protectionism and regulation and improve and upgrade institutional systems and practices to a world level. The ultimate objective is to make Korea a country people all over the world would like to visit, invest in and reside in. In this sense, the segyehwa policy that Korea is pushing is not for the sake of the development of Korea alone, but also to help the development of the world as a whole.

Many specialists predict that Asia will emerge as the main player in the age of globalization in the 21st century. The upcoming century will bring challenges as well as opportunities for Asians.

Lest it should let such challenges and opportunities pass by, I believe, Asia must further open up and actively move toward globalization. In order to meet the new century successfully, I think, each and every country of Asia must place emphasis on the following four points:

These efforts by the Asia-Pacific region will positively contribute to the development of the World Trade Organization (WTO) regime and to the successful establishment of a multilateral free trade system, thereby spurring the more balanced development of the world economy. Liberalization of trade and investment should and will enable the Asian region to accelerate economic growth and improve the quality of life.

The task Korea will take on is to promote the continued growth and development of the Asia-Pacific region by helping to strengthen cooperation within the region so as to fully utilize its diverse resources. One good example of such regional collaboration will be the Mekong River Basin Development Project in which major Asian countries, including Korea, are taking part.

Third, Asia must further strengthen exchanges and cooperation with other regions of the world such as the Americas and Europe. As globalization is likely to proceed into the 21st century, the triangular cooperative relations between North America, the European Union (EU) and Asia are expected to further deepen.

Fourth, within these regions, there should be increased dialogue on security. Efforts to prevent disputes within the region and resolve disputes peacefully need to be strengthened. In particular, peace on the Korean Peninsula is crucially important for the maintenance of peace and stability in Asia.

On April 16, I, along with U.S. President Bill Clinton, proposed to hold four-party talks between South and North Korea as well as the United States and China to establish peace and stability on the Korean Peninsula. This is a most reasonable proposal, and it is North Korea that would benefit the most if the talks come through. I hope that North Korea will respond positively to this proposal, and I hope and expect that you who also want to see peace on the Korean Peninsula will extend full support.

Asia has a long history and brilliant cultural tradition composed of the cultures of diverse nations which have flowered in many ways and is thus an invaluable treasure trove for all humankind. The ideal that humanity seeks to attain in the 21st century calls for harmony between spiritual and material values, between cultural heritage and future-oriented creativity and between man and nature.

Asia that has risen economically will be able to put its diverse and abundant resources to good use for building a better future with the advent of the 21st century that will usher in an information-centered, a culture-centered and an environment-centered era.

The Seoul Conference of the Asia Society is being attended by many government, political and business leaders from Korea and abroad, including Prime Minister Jim Bolger of New Zealand. I hope that with your foresight and wisdom regarding the future of Asia this conference will be very beneficial.

I wish the Asia Society limitless development and you all good health and good luck.