Redefining 'Mainstream' for the 21st Century 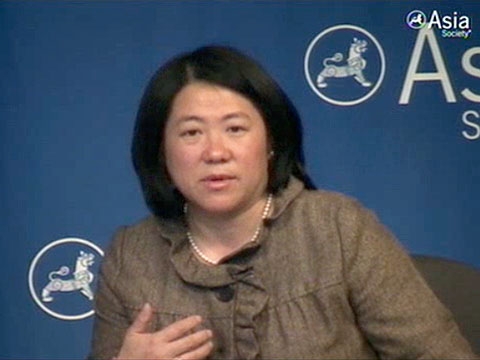 The discussion began with a reexamination of the term "Asian American" and how it affects the various communities that make up the Asian American population. "It's not an issue that we make .... I didn't go out there saying, 'Hey, I'm Asian.' Other people pointed [that] out to me," said Liu. While agreeing that "Asian-ness" is an externally imposed identity, the panelists pointed out that the collective identity is, in fact, beneficial for advancing the community as a whole, particularly when they are not well represented in positions of power across the board.

At the same time, more than one panelist acknowledged that external perceptions of the Asian American community affect their sense of community identity. Referring to the 2009 survey by the Committee of 100, Alice Young said, "Forty-five percent of Americans believe that Asian Americans are more loyal to their countries of ancestry than to America. And this is many generations after the Japanese internment. One would have thought that kind of attitude had long gone."

With regard to the demographic changes that lie ahead for America (in which whites will become a minority of the overall population for the first time) and their implications for the notion of "mainstream America," the panelists agreed that the definition of "mainstream" will be determined not only by population shifts but by who controls positions of power.

"I think it is about where is the power located—in culture, in politics, and economics—it boils down to that," Iyer said. "And then who are those people making decisions that affect all of those things .... Who decides what is on TV that is then viewed by tens of millions of Americans."