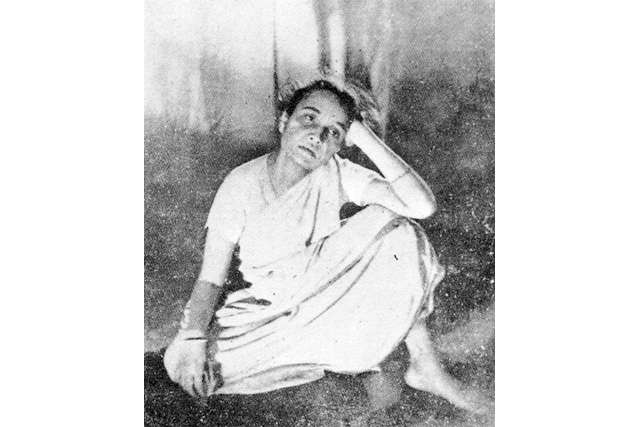 Theatre is an ancient aesthetic practice in India. Surviving play texts and treatises all suggest that theatre existed in the Indian subcontinent from the dawn of civilization. According to the Natyashastra (compiled probably between 2000 BCE and 2nd century CE) of Bharata, an exhaustive treatise on the art of performance, drama was a gift from the gods to the humans. The treatise evinces how sophisticated ancient Indian theatre must have been. The golden period of Indian theatre is said to have lasted until the 5th century, soon after which the flow of Sanskrit drama wanes. But even while dramatic literature receded, performance traditions thrived through dancers, musicians, singers, and storytellers, just as the basic aesthetics of Bharata survived, morphed into various variants, through the traditional folk and classical forms.

Modern Indian theatre, as we know it today, has a legacy that is influenced by and draws inspiration from various sources. Modern theatre, or historically, what can be clearly identified as the Western proscenium style of theatre, was not introduced in India before the late eighteenth century at time of the consolidation of the British Empire in various parts of India. It was through the British that Western proscenium style theatre reached Indian shores. However, the first indigenous performance with native actors happened in 1795 when a Russian violinist by the name of Herasim Stepanovich Lebedeff staged a Hindi and Bengali mixed-language version of a short play by Paul Jodrell. Although a significant event on its own right, it did not really galvanize a movement as such but planted its seeds. In the 1830s, under the patronage of the rich native families, we had the first Bengali-language theatre, which was outside the traditional format of indigenous folk performance genres. However, folk traditions, folk theatre and various other performative genres, indigenous to the soil have been available all through, if not an unbroken, at least as a fractured tradition, and there is of course the venerable tradition of the Sanskrit classical theatre that dates back far deeper in time. In the mean time, the British had established a small professional theatre outfit in Calcutta and it was here that for the first time an Indian actor, Baishnab Charan Auddy, played Othello in 1848. He was the second person of color in recorded history, after Ira Aldridge in the US, ever to play Shakespeare’s tragic Moor.

From the 1850s, we begin to see a number of Indian theatre enthusiasts on their own private endeavors staging their own plays, in their respective languages, in the Western proscenium style, not only in Calcutta but also in Bombay, and several parts of North and South India. The most noteworthy fact here is that none of these new efforts came at the cost of the extinction of other, pre-existing folk forms. The folk forms continued to survive in myriad shapes and forms and there was always a direct aesthetic connection between the so-called Western style Indian theatre and the folk forms. Western style Indian theatre, thus, from its very inception called for a certain kind of active hybridity in its aesthetic expressivity, claiming for itself a unique definition that was neither Western nor indigenous, but rather a‘new’ form of emergent Indian aesthetic. In the 1870s, this hybrid formation of an “Indian” (though) proscenium-style theatre changed homes and hands, moving from the mansions of the rich to the ticketed theatre. By the last quarter of the 19th century, proscenium Indian theatre had gone public and turned itself into a commercial outfit that was capable of clothing and feeding those who worked for it.

The situation changed with the turn of the 20th century and World War I. This commercial, urban, Western-style theatre industry was finding itself stuck within the confines of the theatre auditorium and plays were becoming commodities for sale, repeating themselves with formulaic lighter fares, allowing the winds of commerce to decide the future of the industry. The light of creative discovery that had given birth to this theatre in the 19th century was dimming out and that is around when, from the early 1920s through the 40s, the freedom movement in India was gaining momentum as well. Then came World War II.

The Indian Communist Party had been founded between the war years, in 1922, and along with it came the Indian People’s Theatre Association (IPTA), which was its cultural wing. IPTA’s work took hold in the 1940s. The organization had branches all over the country, but the ones in Bengal and Bombay particularly had several talented people in their ranks, all from the middle class with dreams of a classless society. They came up with a kind of theatre that was entirely portable and had a political agenda that was obviously at the same time both anti-colonial as well as anti-fascist. With the birth of the IPTA movement, it became increasingly evident that the time had come to challenge the convention of the commercial (and politically dispassionate and non-ideological) Indian proscenium theatre that had been established from the end of the 19th century to over a period of approximately 70 years. However, IPTA’s challenge was not so much a formal redefinition in terms of theatrical form or formation of a recognizable national identity as such. Rather, it was turning Indian theatre, even within the formal containment of proscenium-style theatre, into an implement of social and political change that would be more concerned about reaching the masses.