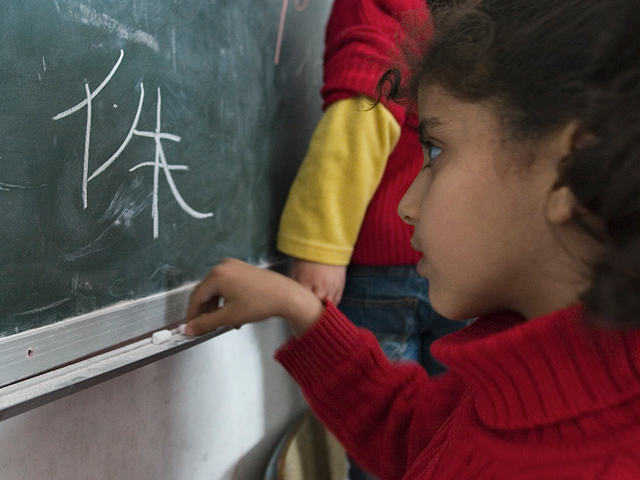 By Yi Zheng and Chris Livaccari

“Yi, er, san . . .” A Chinese language student counts each stroke while writing the Chinese character for “big”, 大. This seems like a simple process, but new evidence suggests that studying Chinese and learning to write Chinese characters may train a whole array of cognitive abilities not utilized by the study of other languages and writing systems.

Most students these days take Chinese because of its perceived value as a language of commerce and business, or “the language of the future.” However, the academic and cognitive benefits of learning Chinese characters are another good reason why learning Chinese can be a valuable experience for students.

Studying Chinese stimulates different parts of the brain because Chinese is very different than English in sound, tone, and script. A BBC News article, “Chinese ‘Takes More Brain Power’” reported on a study conducted by researchers from the Wellcome Trust in the UK which found that “people who speak Mandarin Chinese use both temporal lobes of their brain to understand the language.” This is very different than English-language speakers who use only the left temporal lobe (June, 2003). The difference is evident because speakers of Chinese “use intonation to distinguish between completely different meanings of particular words.”

In addition to the unique tonal distinctions of Chinese, the practice of handwriting, especially of Chinese characters, will aid the development of motor skills, learning shapes and letters, the visual identification of graphics, and will keep the mind sharp. A recent Wall Street Journal article, “How Hand Writing Trains the Brain,” reported on research from Indiana University which confirmed the importance of handwriting to cognitive development (October, 2010). Through the use of Magnetic Resonance Imaging, researchers found that neural activity in children who practiced printing by hand was more enhanced and “adult-like” than those who just looked at letters. Compared with English, which is mostly linear and written from left to right, Chinese characters are more complex in structure and writing involves strokes in all four directions: up, down, left, and right. The sequential movement of the fingers and hand to form a character activates neural activity in the working, thinking, and spatial memory of the brain of the learners.

Evidence also indicates that there is a correlation between the learning of Chinese and math skills. Researchers from New Zealand observed that “Asian children educated in their own languages appear to have gained a greater understanding of mathematical concepts than English speaking children,” and suggested that this is because during the natural acquisition process of Chinese, the student is learning and reinforcing basic mathematical concepts (White et al, 2001). Math skills are embedded in character writing because it involves skills such as counting, grouping, ordering, and identifying similarities and differences.

While the research on the relationship between the learning of Chinese and cognition is not yet conclusive or comprehensive, there is good evidence to suggest that learning Chinese tones and characters represents an added dimension to language learning. Moreover, the Chinese writing system itself is truly unique. All other written languages currently in use worldwide descend from a common ancestor – a writing system developed in the Mesopotamian world several thousand years ago. Chinese characters represent an entirely different tradition of writing. Though admittedly time consuming, the investment in learning how to read and write Chinese characters can clearly pay dividends – not just for one’s bank account, but also for one’s brain.

Win a Trip to China! 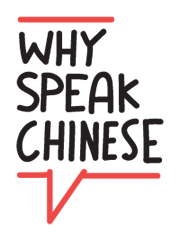 Tell us why you speak Chinese and you could win a trip to China for two!