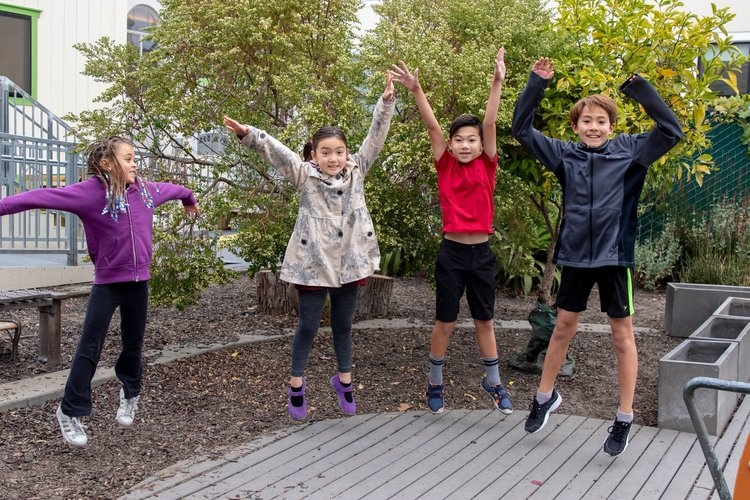 For most of the past decade, my work has focused on the development of Mandarin immersion programs in U.S. schools. Since starting my tenure at Presidio Knolls School almost three years ago, we have been engaged in a robust conversation about what defines diversity at a Chinese immersion school, where our kids spend much of their time learning history, science, math, and literature in Chinese. With the majority of our staff being Chinese-speaking teachers, it’s clear that our mosaic of diversity will look different than that of many other schools throughout our city and across the country. One first step the board took in working toward a more diverse and inclusive community was to ensure that we promoted and supported more of our Chinese teachers in positions of leadership at our school. It was and remains important that we amplify and adequately represent the voices of our Chinese teachers at the leadership level.

More recently, as our nation faced a contentious election and an emotional reckoning with racial injustice and institutional inequities, some in our community wondered if being in a Chinese immersion school would help or hinder our students’ ability to grapple with these issues. While we continue to strive for greater racial and socioeconomic diversity in our school community, the intersections between a program that promotes the development of globally competent, multilingual, multiliterate, multicultural students and the broader agenda of anti-racism and social justice seem clearer than ever.

Seeing with "Other Eyes"

Our students are code switchers by nature and are able to transition between different languages and cultural expectations. Not only is the language different when our students speak to their Chinese or English teacher, but so too are the strategies of communication and social interaction. Most of our students come to us when they are 3 or 4 years old, so by the time they are in our elementary school program, they are already exemplars of seeing from different perspectives, through multiple lenses, and “with other eyes,” as the novelist Marcel Proust once put it.

With this set of competencies as part of their intellectual DNA, our students are uniquely prepared to engage in conversations of social and racial justice, which are threaded throughout our curriculum. This starts with celebrations of diversity and difference in the early grades; extends through a Black Lives Matter biography unit in Grade 3, units on the Chinese Exclusion Act and the African diaspora in Grade 4, cogent explorations of the social construction of race in Grade 5; and continues with a series of readings and discussions on anti-racism with Middle School students and parents, facilitated by their teachers. A small group of our first-grade students even took the lead on inspiring and organizing a schoolwide Black Lives Matter demonstration in front of our school.

I remember distinctly a conversation with our Head of Middle School, who was delighted when he asked our students to draw a picture of a scientist and some drew men, some drew women, and some drew non-binary individuals. While I wasn’t completely surprised that in a progressive town like San Francisco our kids would be inclined toward these diverse images, I was even more surprised when I heard that some of those same Middle Schoolers had volunteered to be on the Trump team in a mock presidential debate so that they could try to understand the perspective of “the other side.” This is true global competence.

Complexity of Our Personal Identities

I’m reminded of conversations I’ve had with our fifth-graders about the demonstrations in Hong Kong, or about the issues faced by Uighurs in Xinjiang, which have many parallels with government policies toward Black and Indigenous people globally throughout history. I even think of my son – who was adopted from Taiwan when he was eight – and his first encounter with children from mainland China. When they remarked that his Mandarin didn’t sound quite “standard” to their ears, he proudly declared that he was from Taiwan, and they roundly retorted that “Taiwan is part of China!” A look of bewilderment came over his face, as he asked, “Really?” At that moment, I had the opportunity to teach all of them a bit about Chinese history and politics and how the same issue can be viewed from different perspectives, especially if you are standing in Beijing vs. Taipei.

Years later, when my son was asked to participate in an activity at school designed to represent the diversity of his class, he couldn’t figure out where he fit. There were categories for African-Americans, LatinX, and different types of Asians, but he couldn’t quite find his place. He was a boy from Taiwan, adopted by a Korean mom and an Italian-American dad, so there didn’t seem to be a perfect category just for him. Having been through all those discussions about Taiwan Province(!), however, he knew that our categories of thinking and speaking are often limited and do not reflect the complexity of the issues, let alone the complexity of our personal identities.

While the students at our school may spend more of their time than other American kids studying Chinese and thinking about the challenges of U.S.-China relations in a highly globalized world, they are also uniquely prepared to understand the struggle for racial and social justice in this country by leveraging and fostering the mental flexibility that comes with being a truly global, bilingual, bicultural thinker, and by making connections to a larger global struggle for justice and social change. Now more than ever, it is clear that this new generation of globally competent young people will help drive substantive, positive change in our cities and states, and in the broader world.

Christopher M. Livaccari is an educator, author, and former U.S. diplomat who held posts in Tokyo and Shanghai. He is the Head of Presidio Knolls School (PKS) in San Francisco and was the Senior Advisor for China Learning Initiatives in Asia Society’s Center for Global Education in New York. Chris is the author of New Ways of Seeing: How Multilingualism Opens Our Eyes and Trains Our Minds for a Complex World (Asia Society, 2017), and co-author of Structures of Mandarin Chinese for Speakers of English I & II (Peking University Press, 2012-2013), Chinese Language Learning in the Early Grades (Asia Society, 2012), and the Chinese for Tomorrow series (Cheng & Tsui, 2007-2009). Chris has been a featured speaker at the Aspen Ideas Festival, has spoken on Chinese language education at the British Museum in London, and was the recipient of the U.S. State Department’s Meritorious Honor Award, citing outstanding speeches written for two U.S. ambassadors to Japan.