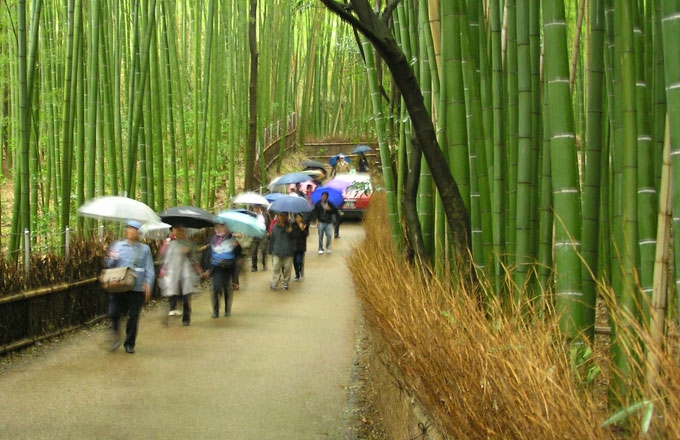 
At the turn of the millennium, the relations of the three great nations of East Asia-China, Korea, and Japan-hang in the balance. Distrust and resentment, a legacy of decades of conflict in the 19th and 20th centuries shadow prospects for a brighter era of peace and cooperation in the 21st. Today, the peoples of East Asia are increasingly engaged in trade and cultural exchange. They are also arming themselves against the prospect of future belligerence.

Wars in East Asia-beginning with armed struggle between China and Japan in 1894-95 to determine the fate of Korea and culminating with eight years of bitter conflict during World War II-claimed tens of millions of lives. Memories of the Nanjing massacre, the sexual exploitation of "comfort Women," criminal medical experimentation, slave labor, and other such atrocities committed more than half a century ago still affect relations today.

The barbarities of recent wars must not be forgotten. Like the holocaust in Europe, they must serve to remind us continually of human capacity for evil. But is retribution for crimes committed a path to redemption? Does forgiveness offer a better prospect of a peaceful future? And who is to be forgiven? Are succeeding generations responsible for the crimes of their forbears? Are whole nations culpable or only the individuals who lead them?

Those are questions that are not easily answered. But the history of the three East Asian countries offers a distinctive prospect for future reconciliation and cooperation. For over two thousand years the peoples of China, Korea, and Japan lived mostly at peace with each other and developed similar institutions, values, and customs. Tools, techniques and material goods as well as ideas were shared by China, Korea, and Japan and adapted to local circumstances to become distinctive parts of a common culture. Techniques of wetland rice agriculture became the basis of prosperity and cultural development throughout East Asia; illiteracy was dispelled by the spread of Chinese writing; Buddhism became the principal religion throughout the area; and Confucianism deeply influenced social and political institutions and eventually became the official state cult in all three countries. Indications of a shared culture are readily apparent as well in the literature, art and architecture of the three countries. The structure and appearance of public buildings, landscape painting, Buddhist sculpture, ceramic ware, and poetry in the pre-modern era is immediately recognizable as variations on common themes and techniques.

During two millennia of cultural assimilation and adaptation there had been, to be sure, relatively brief periods of belligerence, such as the Mongol conquest of China and Korea in the 12th century, and two subsequent abortive attempts to conquer Japan by Mongol-led Chinese and Korean troops. There was also an unsuccessful attempt in the 16th century by the great unifier of Japan, Toyotomi Hideyoshi, to conquer China and Korea. But these and other periods of conflict were exceptions to an amicable norm. Indeed, for almost 300 years between 1600 and the late 19th century there was undisturbed peace.

What changed that situation was Western imperialism. In the 19th century, Britain, the United States and France, soon followed by Russia, Germany and other Western nations, forcefully "opened" a reluctant East Asia to Western trade and religious proselytizing by imposing a series of "unequal treaties." The distinctive ways in which China, Japan, and Korea reacted to this Western challenge would dramatically affect their individual and collective futures. China, disdainful of the Western "barbarians"" and confident of its own moral and cultural superiority, tried to buy off the imperialists with small concessions, and later, as its vulnerability became increasingly apparent, to acquire Western weapons and a few "self-strengthening" institutions. China's miscalculation of Western power and determination would result in the total collapse of the Qing Dynasty in 1911, leaving the country in chaos and vulnerable to outside predators.

Japan's reaction was entirely different. After a brief period of internal turmoil, the Japanese united as a nation determined to learn from the West techniques for "strengthening the army and enriching the country." Within a remarkably short time the Japanese had acquired the power to compete with the West on its own terms, whereupon they took the initiative to "open" Korea, the most conservative of the three East Asian nations, and join Western nations in imposing unequal treaties on it. In 1894-95 Japan defeated China in a war to determine control of Korea, and a decade later it decisively defeated Russia in a war over exploitation rights in Korea and Manchuria in northeastern China. By 1910 Japan had incorporated Korea into the growing Japanese empire, and in 1931 it invaded Manchuria,
separating it from China and establishing a puppet government. Six years later it became embroiled in a war with China that would last for eight years, ending only with its unconditional surrender in 1945.

To put these events in historical context, it should be understood that Japan's aggression in Korea and China in the decades leading up to WW II was viewed by many Japanese economic and military strategists as their only hope for survival in a hostile, racist world. Japan, a country with virtually no natural resources, had become increasingly dependent economically on the good will of other nations, particularly the United States, a country which had recently passed immigration laws discriminating against Asians. Domination of Korea and China, both politically in disarray and militarily weak at the time, seemed to offer a way out. Undoubtedly some Japanese also believed their own propaganda-that they were liberating the peoples of East Asia from the yoke of Western oppression to create a new era of collective prosperity-though their actions soon belied the claim. Thus, they became entrapped in a brutal eight year war that they could not win.

The costs of that conflict are staggering. Chinese historians estimate that more than 20 million of their compatriots died as a direct result of the war, and uncounted millions of others were injured. In the most notorious single incident of the war an estimated 150,000 to 350,000 Chinese men, women, and children were slaughtered in a frenzy of indiscriminate killing by Japanese troops when they entered Nanjing, then the capital of the Republic of China. The infamous Nanjing massacre was a calculated attempt by local Japanese commanders to terrorize the Chinese into capitulating. The effect was the opposite. Chinese resistance stiffened, and memories of the atrocity are still fresh.

In Korea too resentment of Japanese policies and actions in the past still rankles. After Korea was annexed by Japan in 1910, the economy was restructured to serve Japanese interests, and attempts to achieve cultural assimilation eventually went so far as to prohibit use of the Korean language in schools, publications, and official documents. The sexual exploitation of thousands of Korean "comfort women" during WW II is only the most well-known of the many grievances harbored by Koreans against their neighbors to the east. Despite numerous acts of Korean resistance during the years of Japanese occupation, none could prevail against superior Japanese military might until the defeat of Japan in 1945.

From the perspective of the Japanese government in the early 20th century, its attempts to dominate China and Korea were only commensurate with what Western powers had already been doing all over the world during the great age of imperialism. Indeed, when Japan seized power in Korea, it was with the tacit compliance of the United States and Great Britain in exchange for Japan's recognition of their claims in the Philippines and India. It was a perspective paid for with blood, including the blood of many Japanese. Victims of misguided militarism, millions of Japanese died during World War II, many of them civilians, including those incinerated in the nuclear holocaust in the waning days of the conflict.

Is forgiveness possible? Or will the retributive ghosts of the past continue to haunt the collective memory of the peoples of East Asia? Progress toward reconciliation since the end of World War II has taken a largely economic form, with trade and investment providing a bond of mutual benefit. Perhaps such material considerations will open a path to peace and stability in East Asia but in the long run, cultural considerations, the deeply grounded common heritage developed over two millennia, offer a more solid foundation for true forgiveness and reconciliation.