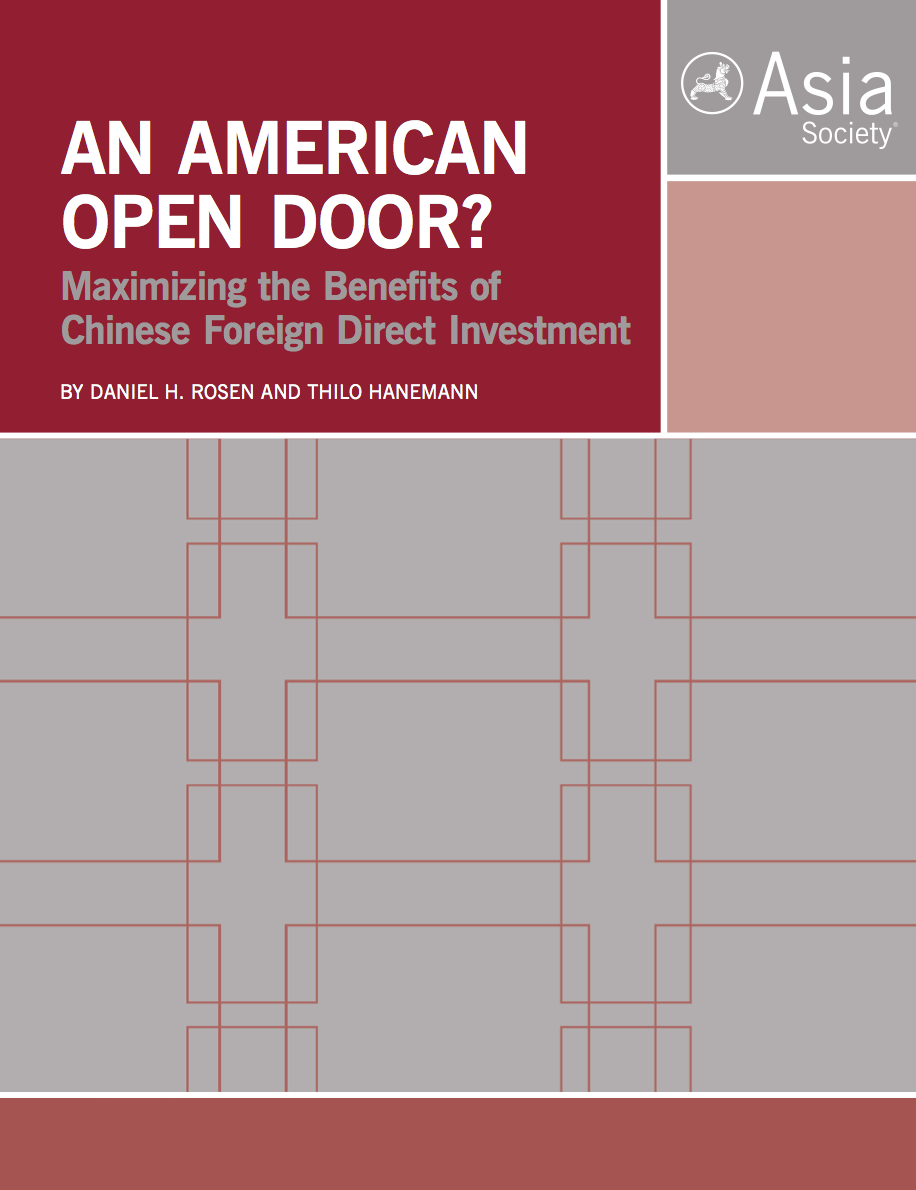 NEW YORK — Chinese direct investment into the United States has been increasing dramatically, with over $5 billion in 2010 alone. A Special Report undertaken by Asia Society’s Center on U.S.-China Relations and the Kissinger Institute on China and the United States at the Woodrow Wilson International Center for Scholars provides a comprehensive study of Chinese FDI in the United States and outlines its enormous potential to create economic growth. But it warns that the United States may squander immense opportunities for employment and investment gains through political fear-mongering.

The report was launched on May 4, 2011 with a keynote address by then Secretary of Commerce Gary Locke.

The authors of the report, Daniel H. Rosen and Thilo Hanemann of The Rhodium Group, estimate that Chinese firms in the United States have already created more than 10,000 American jobs. But despite an overall effective U.S. screening policy for inward investment, political interference threatens to divert legitimate and potentially beneficial investment deals.

Watch a trailer for the report:

The report endorses continued careful screening for national security threats but argues the procedures are in place to filter them out.  The authors conclude “We believe the great bulk of potential Chinese investment should not just be permitted but encouraged.”

In a series of policy recommendations, the authors outline U.S. actions to maximize benefits and call on leaders in Beijing to do their part to ensure success: “If China wants a more straightforward hearing for its firms in Washington, it must improve corporate governance at home.”

The study outlines recommendations for China as well:

“These investments are going to happen somewhere,” says Asia Society’s Orville Schell.  “The question is: will our doors be open to them? Will they happen here?”

English press coverage of the report:

Chinese press coverage of the report:

Senator Feinstein's remarks on the report

Senator Dianne Feinstein's greeting to the the audience at the Asia Society West Coast briefing on a new report, "An American Open Door? Maximizing the Benefits of Chinese Foreign Direct Investment" in Menlo Park May 13, 2011.

This project was made possible by a generous gift from Harold and Ruth Newman.

Thanks to our communications partner, Ogilvy China Practice.