Causes of Conflict in Indonesia 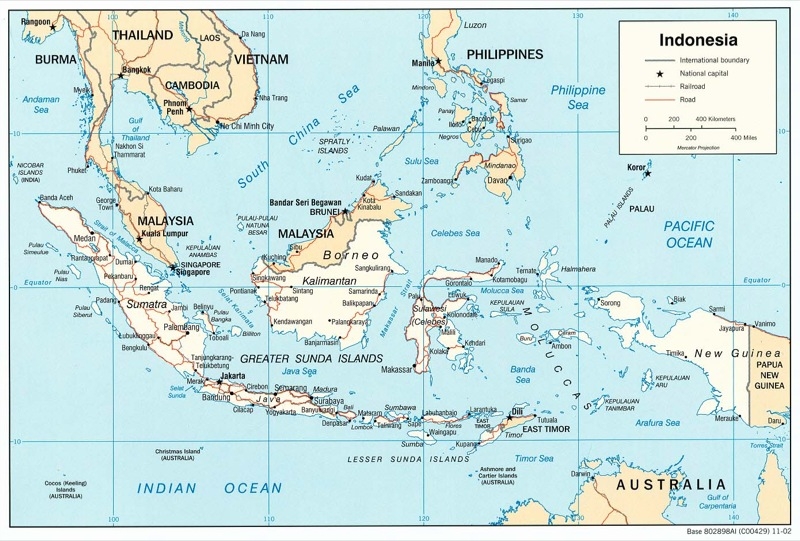 In terms of the communal violence and ethnic violence that we now see around Indonesia, I think I will just try to give you a survey of what some of the critical factors are involved in these conflicts and briefly go over what might be done to improve the situation. I will leave everything else for the question period.

Let me start with a general survey of the kind of violence around the country now. The conflict in the Malaccas where, in the past two years, about 4,000 people have been killed in Christian-Muslim fighting, and about 500,000 displaced, according to Indonesian Red Cross figures. That’s clearly the worst of the conflicts we are facing right now, but even there it is almost a misnomer to see it as arising from some long-seated religious dispute. There are actually a lot of historical, political and economic factors that are lying at the root of it.

We have also got the conflict in West Kalimantan, which is now somewhat quiescent, but in 1999 it broke out again with hundreds of people killed. And there was a previous episode in 1997 that produced large-scale deaths, and was largely between indigenous Dayaks and some indigenous Malays against the immigrant Madurese group. This issue of migrants against indigenous people is a major theme that runs through communal conflict in Indonesia.

There is a conflict going on in Poso in Sulawesi. Again the worst episode was this past spring when there were about 300 people killed. Again there was Christian-Muslim fighting but this conflict was based more on local elites struggling over power that ended up in communal conflict.

There are periodic eruptions of communal conflict in Lombok, Eastern Bali, in Kupang in West Timor, in Couchon Pandang in West and East Java, and at any one time the factors are present for this kind of conflict to erupt. And the ethnic Chinese of course are a perennial target any time social unrest breaks out.

Two faulty assumptions I would like to dismiss at the outset. The first is that this communal conflict is an outgrowth of the fall of Suharto. There was a huge number of outbreaks of communal violence not only during the Suharto period but also during the Sukarno period. The second false premise is that somehow this is the fault of the democratization process and that the communal violence is worse with democracy in multi-ethnic societies than it is with strong authoritarian governments that keep these kinds of conflicts under control. I would argue that what is going on right now is in many cases the legacy of an abusive past more than it is the result of a permissive present.

Nevertheless, there are factors in the political mix that are not making things any easier. There are a number of factors involved in the current conflicts. One is the historic colonial roots of the conflict. This I will not say much about but only let you know that some policies of the Dutch colonial government in Indonesia set the stage for many of these conflicts. This is particularly true with regard to how the Dutch related to the ethnic Chinese but it is also true of how the Dutch related to missionary work and the way they parceled out the country to different missionary groups.

In terms of demographics and population transfers, one of the things we see is how changing population balances among different ethnic and religious groups has led to certain kinds of tensions, often with one group feeling that it is under siege by another. In Ambon there was a fairly balanced proportion of Ambonese-Christians and Ambonese-Muslims with traditional cultural methods of conflict resolution. In the ‘70s and ‘80s, there was substantial migration to these areas of Muslims from Sulawesi and elsewhere. As a result, the population balance shifted, but jobs that had traditionally been the preserve of the Christian elite started going to some of the newcomers who happened to be Muslim and it led to a situation where Christians felt themselves threatened. That was a factor in determining how the Christians reacted the way they did to a number of episodes that occurred in 1998 and 1999.

You also begin throughout Indonesia to get real resentment of local indigenous populations to the transmigration policies of the Suharto government, which often meant moving Muslim Javanese into areas where another ethnic group was dominant and this led to competition for land, resources, and eventually for power.

The second major factor is that of the development policies. Not only were there transmigration policies but there were also areas where logging, mining and extraction of natural resources in particular took place. This led to resentment over the government coming in and dispossessing the indigenous people of their land. This in turn took on an ethnic component when the dominant ethnic group represented by the government happened to be in conflict with the local indigenous population.

Rapid economic changes clearly produced changes as well including additional resentment against the ethnic Chinese. The Chinese seemed to have benefited from economic policies more than others and during the Asian economic crisis it was the Chinese shopkeepers who were accused of hoarding goods. Now there is an additional factor, particularly in Java, where some Muslims groups have attacked prostitution and gambling centers, which in some cases are owned by the Chinese. Without any information to the contrary, you get this Muslim-Chinese balance being set up with the Chinese responsible for all social vice and the Muslims wanting to combat it.

Local power configurations and struggles over power have been a key factor. Colleagues in West Kalimantan and Ambon, where the conflict has broken out in a major way, say that the change in Indonesian law from 1974 made the situation far worse. The law in question essentially turned local traditional village heads into the lowest rung of the Indonesian bureaucratic administration. So once the conflict broke out, it could not be controlled because the traditional authority of local figures had gradually been sapped and they then constituted the lowest rung of the bureaucracy. Traditional village heads then had much less influence over their followers.

There has also been a lot of co-optation of traditional elites both in Papua and West Kalimantan, where religious leaders or local customary leaders were bought out by the ruling party, by the Golkar elite.

There are law and order questions involved in some of these communal violence issues. In April 1999, in Indonesia, a long-awaited move began to separate the police from the armed forces. The police had traditionally been a part of the armed forces but as clashes broke out and the army stood by and let the police handle it, it gradually became clear that the police were not up to the job. Indeed they were the poorest trained and poorest paid of any part of the security forces, and were thus not effective as law enforcers. It had traditionally been the case that if violence broke out, the army would come and suppress it in no uncertain terms. If it were left to the police, it was clear that they were not up to the job. In some places, as in Ambon, the police were seen to be from one side of the conflict, so that there were allegations that the police were supporting the Christians and the army was supporting the Muslims. And obviously once you have the security forces acting in a non-neutral way in a communal conflict, things get much worse. Third, police-army relations were extremely poor and had gotten worse over the last two years, meaning that you have an outbreak of police-army violence in a way that exacerbates the conflict.

Another factor that has been very important to Indonesia has been the communications revolution, particularly with e-mail and cellular phones. It means virtually no conflict is local any longer. It instantly becomes a national conflict or at least there is the possibility of drawing in your co-religionists or the co-members of your ethnic group from other parts of the country in ways that transform conflicts from being local to being national. This means, for example in the Malakkas, both the Christians and the Muslims are mobilizing supporters from way outside Ambon and the Malakkas itself in a way that only exacerbates the conflict.

Finally there is the issue of provocation. In addition to all these factors there have been instances where the conflict has been deliberately provoked. There is lots of talk now about the Suharto family being involved in funding outbreaks but in fact the efforts of provocation only work when you have got the kindling ready to blow up; there have been places where the provocation has been tried as in Monado in North Sulawesi and it has not worked because these other factors have not been in place.

So what can be done about this? There are a couple of things that can be done but overall there are some issues for which I hope you have more solutions than I do. Clearly the way these conflicts are portrayed in the media (newspapers and the broadcast media in particular) is critical. In Indonesia one of the things that is striking is how much the Muslim side of the conflict is portrayed in the media and how much the international press focuses almost exclusively on the Christian victims. In fact there are an equal number of victims and perpetrators on both sides. It is critically important that the media be attended to as a factor in the conflict. I also think you need an instant response from civil society groups to counter some of the more extremist interpretations of the conflict. You need clear and public prosecution of those involved in the violence. You need to work on building civil society so you don’t have - as you have in many parts of Indonesia - all the NGOs on one side of the conflict. In West Kalimantan the Dayaks had all the NGOs and the Madurese had virtually no civil society organizations to work at a community level, at the grassroots level. The same was largely true in Ambon; most of the NGOs were Christian and not Muslim. This is something to think about as we look toward conflict resolution. You clearly need skilled leadership at the national and local levels, which we don’t have in Indonesia at the moment.

There is an issue about misguided peacekeeping efforts that needs to be looked at. In Indonesia one of the things that has happened is that these peace pacts have been almost forced on the population by governments, which involve bringing together the leading Muslim and the leading Christian or the leading Dayak and the leading Madurese in a ceremony and everybody thinks this is significant when in fact none of the underlying causes have been addressed. It actually makes things worse because people believe that something has been done. And if the conflict breaks out again there are accusations that one of the two parties in the pact has been acting in bad faith and therefore it just sets everything off again. So we need to look at how peace pacts and conflict resolution and agreements are actually achieved.

Finally I think strengthening police training -- not a very sexy proposal -- is actually something critically important in terms of resolving any of these conflicts in Indonesia.

One of the things that is much more difficult to resolve is the antipathy toward migrants in a settler-migrant sort of dispute and there are no easy answers for redressing some of these policies of the past.