Carrie Lam: How to Work Women into Hong Kong's Workforce 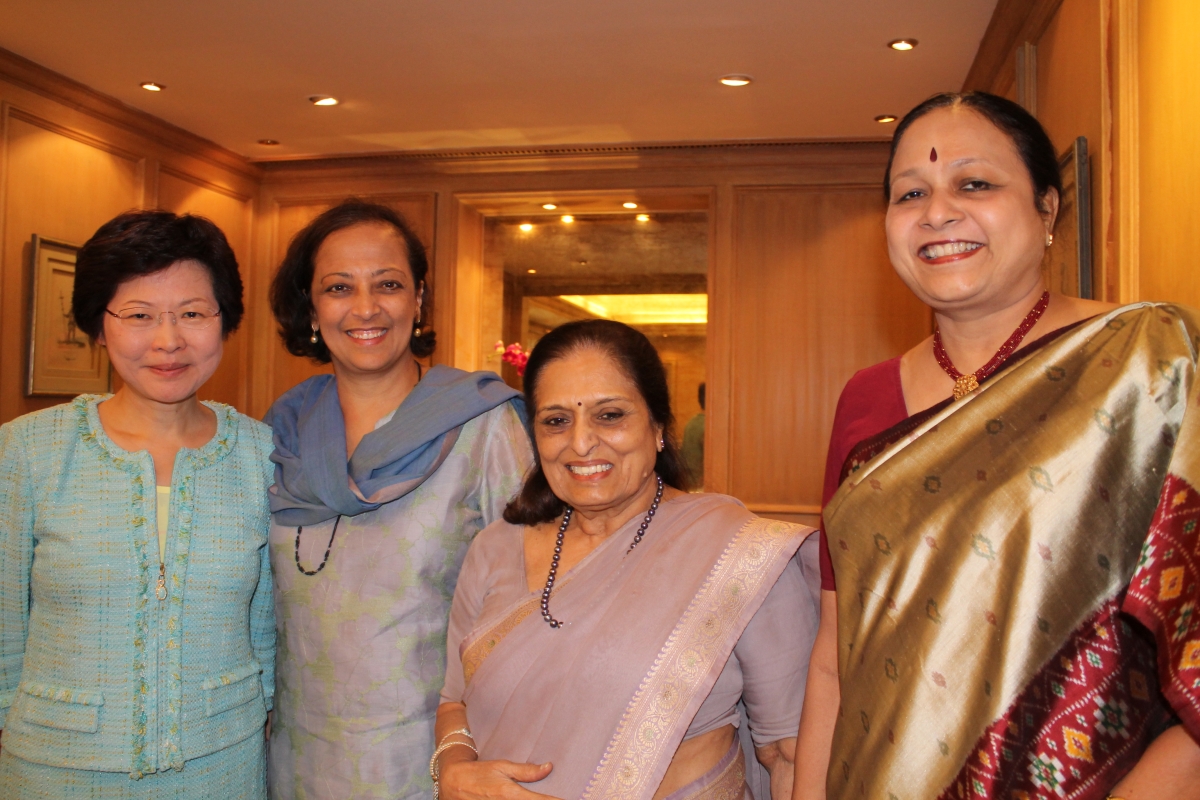 MUMBAI, March 16, 2012 — Women have been a growing force in Hong Kong workplaces, but the progress has been slower than expected. Carrie Lam, Secretary for Development of the Hong Kong Special Administrative Region Government, points to a longstanding patriarchal culture as the root of the problem. In a private event with distinguished women leaders across all sectors, Lam discussed the slow but steady progress of women in the Hong Kong workforce at the Asia Society India Center.

This event was co-hosted by Minal Bajaj, Honorary Director of the Jamnalal Bajaj Foundation, and is part of Asia Society India Centre’s Women of Asia series, which promotes the collaboration and leadership of accomplished women through a range of informative and network-building forums.

Lam shared her own experiences in balancing family with professional life, and discussed how the lack of a supportive culture for women in the workforce was at the root of the gender disparity. Workers are not used to recognizing the value and demands of women within the workforce, according to Lam. In a nutshell, there was a distinct disparity between government effort and goals towards the empowerment of women in the workplace, according to the Secretary.

The "ambition gap" between men and women is also a major issue at the root of the gender-gap problem, according to Lam. While the validity of a woman's choice to not work was acknowledged, there is a definite need to do more to inculcate values that accept and encourage working women, and that these values should be fostered from an early age. In fact, such stigma against male housekeepers is a widespread problem throughout Asian nations.

In fact, this was distinctly a cultural and not a political issue, according to Lam. The Hong Kong government did set targets for the percentage of women that should constitute boards of certain government bodies, and this policy increased the number of women in senior positions, but certain fields, such as engineering, still faced a shortage of qualified women to fill these posts.

This did not mean however, that the government should use whatever means at its disposal to attain a fair gender balance. Rather, discussion leaders agreed that positions should be awarded based on merit.

This persistent disparity does not mean that there were a few women currently in leadership positions need to be more assertive in asking for what women need, and that they should be certain about their own views on quotas. In the end, Lam emphasized a need to change a culture before Hong Kong can effectively implement its gender equality initiatives.