Building Civil Society in Indonesia, Burma and the Philippines 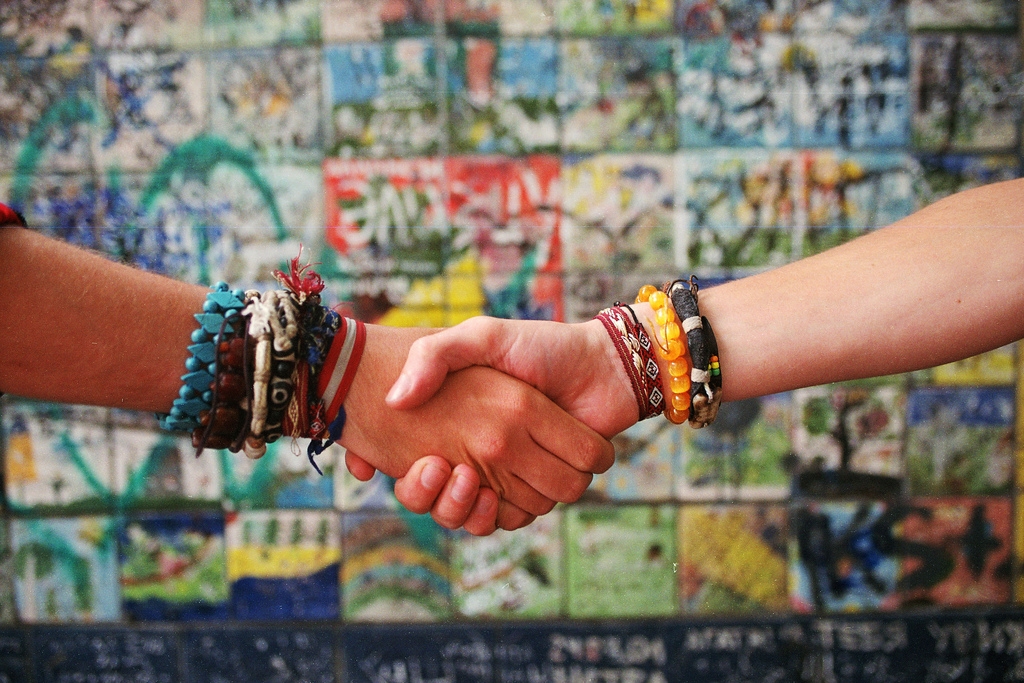 According to the dictionary, the word “civil” means “of human society or of people living together.” Another relevant meaning is “politely helpful.” Ethnic means “of race or the races of mankind” which is a wide subject. Ethnic can mean different things to different people. For our discussion, it would be suitable to keep to the idea that by “ethnic” we mean “of a people with more or less the same language, customs, culture, tradition, historical background and living in a separate area of land for centuries.” This would apply to the Irish, Scottish, Welsh and English peoples in Britain-the Romance, Italian, French and German peoples in Switzerland and the Montenegrin, Albanian, Croat and Slavic peoples of former Yugoslavia.

By implication, a “civil society” is a society in which the people live together in peace and harmony and in which the people need not have any fear of repression or exploitation. The laws are just and therefore respected without coercion. The authorities place the interest of the people above all else. There is also a suggestion that in a society, it is the culture of the people to think and behave in a civilized manner. Kindness, compassion, cooperation and understanding are the norm, and prejudice, greed, aggression and violence have been outlawed, by consensus.

Asia, in general, is developing not only in the areas of economy, knowledge and technology but also in the areas of culture and civilization. In matter of culture, the range and variety are immense, because there have been little peaceful interactions for social and cultural exchanges. Before the advent of Western colonialism in Asia, roads were a scarcity. People even in the same region tended to live in their own isolated society. Neighboring societies were strangers or enemies. The few activities of trade that existed took place on the peripheral of the society, normally in the border towns or temporary camps in the border areas. The more usual interactions between the societies took the form of armed raids or wars for land grabbing, seizing human beings for slavery, seizing objects of art and culture, or simply for looting food and domestic animals.

In the three countries chosen for analysis, namely, Burma, the Philippines and Indonesia, we see that there is a fairly large number of ethnic groups, which had lived more or less in isolation, for centuries, in their own areas, before colonization by the West. The feudalism reached by the dominant ethnic groups was relatively primitive. The relationship between the rulers and the ruled was that of a master and slave. The feudal lords or kings were invariably despots and they were ruthless even to the people of their own ethnic group. All other ethnic groups were viewed as barbarians or enemies.

Normally, the colonial powers brought together all the diverse ethnic groups, under one administration and changed the relationship among various groups. The dominant ethnic groups lost their former special positions of power and privileges. Inequalities between the ethnic groups were eliminated, to a large extent. Better roads and communication, and better access to education, increased peaceful interaction. However, the dominant ethnic groups remained emotionally attached to the dream of regaining the lost position of power, privileges and glory. They became bitterly opposed to colonialism. On the other hand, the lesser ethnic groups remained in fear of a return to the old days of inequality, arbitrariness and instability.

In anti-colonialist movements over a period of decades, especially after the First World War, the dominant ethnic groups resorted to ultra-nationalism, with the usual emphasis on such notions as racial superiority, military prowess, superior number, higher culture and civilization. The lesser groups developed their own nationalism, with emphasis on past repression and mistreatment, the need to maintain a separate identity, language, culture and tradition, and their own traditional lands. They prefer to be known as a nationality, with the right to self-determination, rather than as a minority ethnic group.

When political power was regained from the colonial powers, after the Second World War, the dominant ethnic groups, who inherited the power, based their policies on ultra-nationalism, developed during the anti-colonial period and started to impose their will on the lesser ethnic groups, by stratagem or by force. They distorted history and democracy to justify their acts. The dominant ethnic groups interpreted and used democracy only as absolute rule by the majority, or the principle of majority rule was exploited to the exclusion of other principles of democracy.

When there were peaceful movements for ethnic rights, they were accused of being instigated by outside powers. Invariably, the dominant ethnic groups used disparagement and intimidation to suppress the movements. The lesser ethnic groups, in turn, saw the dominant ethnic groups as attempting to reinstate the system of ruthless subjugation, repression, persecution and exploitation of the old days. Usually, armed conflict started with provocation in the forms of inflammatory propaganda and harassing armed attacks. Soon, the situation deteriorated into war, as the lesser ethnic groups resisted, in self-defense.

The countries of Burma, the Philippines and Indonesia are multi-ethnic. Contrary to common accusations, the ethnic conflicts in these countries started without any instigation by the old colonial powers or the communists. The conflicts started because the dominant ethnic groups resorted to violence to suppress the aspirations and peaceful movements of the lesser ethnic groups for ethnic and basic human rights. We may also view them as conflicts resulting from resistance by the lesser ethnic groups against what is now known as internal colonization.

When war breaks out between ethnic groups, the dimension of human suffering and atrocities are horrendous because of traditional mistrust, hatred and prejudices. The international principle of non-interference normally favors the dominant groups in such internal wars. With time, the dominant ethnic groups subject the lesser ethnic groups to ruthless decimation and elimination.

In the post-World War II period, the UN was entrusted with the mandate to supervise de-colonization. It would not be appropriate now to entrust the UN with the mandate to intervene in a case where an internal colonization, brutal repression, atrocities and widespread human rights violations take place on ethnic grounds. The international community should outlaw internal colonization in any form. A note we may add is that the UN is a lumbering giant. It could take a long time for it to set up an appropriate body and mechanism to deal with the problem.

Before the UN is empowered for the purpose, the leading democratic countries should make the effort for appropriate intervention to stop ethnic conflicts, or internal colonization, by means at their disposal, such as imposing, on the guilty party, effective economic, trade, diplomatic and political sanctions, arms embargo, discussion of the question of UNGA, UN Security Council etc.

In line with the policy of allowing the people-to-people assistance, the NGOs are doing much valuable work in conflict situations. To alleviate the suffering of the refugees and the internally displaced persons, they provide food, clothes, medical and educational assistance. To empower the peoples involved in ethnic conflicts, they give training for human rights, conflict resolution, dissemination of factual information and political defiance, or non-violent resistance. To stop ethnic conflicts in the countries mentioned above permanently, federalism or a decentralized structure of state is the answer. For establishing a viable civil society, the central government as well as local governments should be totally secular and should be made responsible for advocating a culture of tolerance with respect to cultural, religious, political and ethnic differences and protecting human dignity, the equality of all persons, as well as the right of equality of lesser ethnic groups in economic, legal, cultural and religious matters, and the freedom of expression. Thank you.