Why the China-Russia Natural Gas Deal Was All but Inevitable 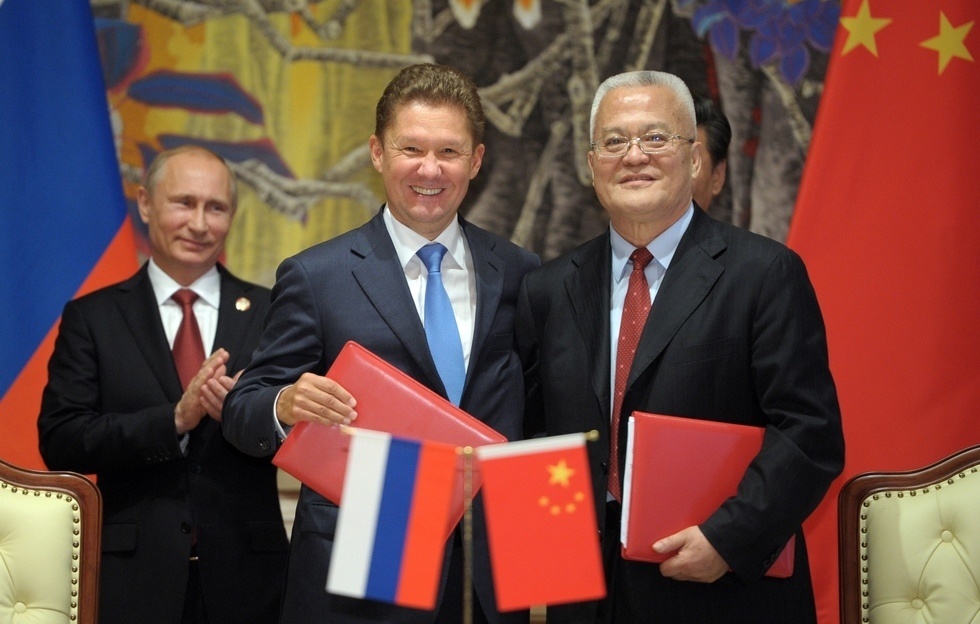 Last week, Gazprom of Russia and the China National Petroleum Corporation, two of the world’s energy giants, closed what has been described as the largest business transaction in history: a 30-year deal, with an estimated value exceeding $400 billion, for China to purchase natural gas from Russia. The signing of the contract, witnessed and supported by Russian President Vladimir Putin and Chinese President Xi Jinping, generated front-page headlines and considerable buzz about its geopolitical ramifications. Much of the surrounding discussion focused on how the deal relates to the crisis in Ukraine and whether it signaled a burgeoning alliance between China and Russia that should concern U.S. policymakers.

These are serious and interesting issues that will be debated in the months and years ahead. But the broader context for the deal also should not be overlooked. This transaction was a decade in the making, with origins that long predate the current situation in Ukraine or the latest political maneuvers by Moscow and Beijing. And it reflects several significant long-term trends in global energy markets—trends that made such a deal all but inevitable and are well worth a closer look.

The developing world, led by Asia, is driving the growth in global energy demand. In its World Energy Outlook 2013, the International Energy Agency (IEA) projected that more than 85% of the increase in global energy demand from 2010 to 2035 will occur in the developing world (non-OECD countries). Asia is expected to account for almost two-thirds of the global demand growth in energy, and China and India are project to account for half of the overall demand increase.

Natural gas, already a critical energy source, will become more important over time. Looking out to 2035, World Energy Outlook 2013 projects that natural gas will be the fastest-growing fossil fuel, and that non-OECD countries will account for more than 70% of the global increase in natural gas consumption. Once again, Asian countries are expected to lead the way.

China is at the forefront of these global trends. The country’s latest five-year plan, issued in 2010, called for greatly increasing China’s use of natural gas. At that time, natural gas was just 4% of China’s energy mix, well below the worldwide share of about 23%. But the U.S. Energy Information Administration expects China to double its natural gas share to 8% by 2015 and then continue to grow that percentage. Besides diversifying its overall energy mix, the increased use of relatively more clean-burning fossil fuel should help China address its citizens’ concerns about local air pollution, as well as global pressure to cut carbon emissions.

While China has vast natural gas resources of its own, including the world’s largest shale gas reserves, development of those resources has been slowed by technical, financial, and regulatory hurdles. In 2007, the U.S. EIA reports, the country tipped from being a net natural gas exporter to a net importer; by 2012, natural gas imports made up 30% of total consumption—and all projections are that the amount of imports will continue to grow. As such, the country has invested in both gas pipelines and LNG regasification terminals, and as of 2012, receives about half of its imports from each method.

This is where Russia came in. Russia is home to the world’s largest natural gas reserves and is the second-largest producer of natural gas (after the U.S.). But the country sends well over 90% of its exported natural gas west, through pipelines, to Europe. Earlier this year, the Russian energy ministry released a draft report noting that for the energy exports, “The primary task is to speed up entry into Asia-Pacific markets.”

Russia recognized that it needed to secure customers in Asia—not just to diversify its export markets and to justify and attract the required huge capital investments, but also to grow its foothold in the largest growth market for energy. And it was also clear that with rapidly expanding U.S. natural gas production, it would only be a matter of time before large volumes of liquefied natural gas (LNG) began flowing to China and other Asian countries under long-term contracts, making it even more difficult for Russia to gain market share.

So Russia and China acted now and struck a landmark deal to come together as energy supplier and consumer. Their contract is consistent with long-term trends in the global energy market. (Indeed, it would have been more surprising to see China fail to take advantage of Russian gas supplies, and rely instead on higher-priced LNG imports.) Now Russia must tackle the immense, expensive task of actually delivering on this contract: developing its natural gas fields and building pipelines. How this effort unfolds in the coming years could reinforce energy-market trends that are already in place, or re-direct those trends in unexpected ways.