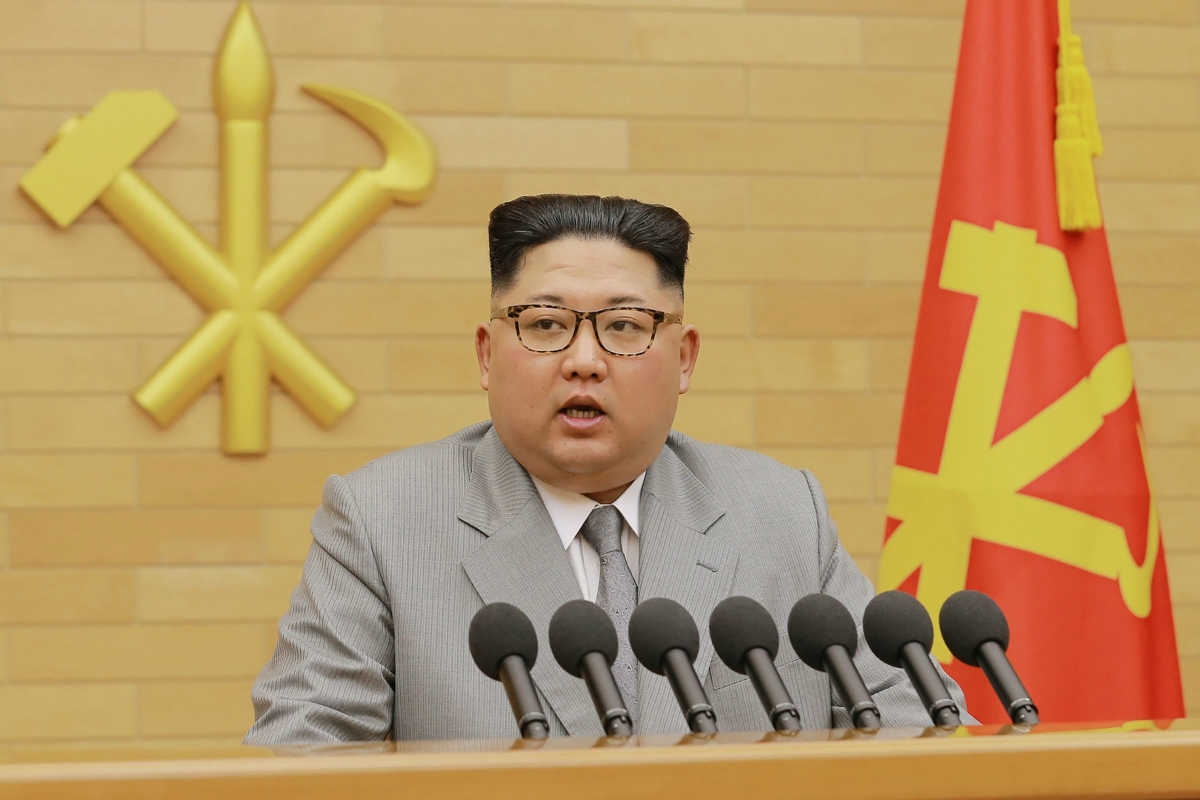 Any hopes that 2018 would be a quiet year on the North Korea front were dashed on Tuesday when President Trump threatened Pyongyang on — where else? — Twitter with an attack after Kim Jong Un's asserted that a button for ordering a nuclear attack sat on his desk.

On January 25, Asia Society will host three experts for a discussion about the lukewarm China-North Korea relationship. The program will be available via free live webcast starting at 6:30 p.m. New York time.Learn more

But that isn't the only story emerging from the Korean Peninsula during the first days of the new year. On Monday, Kim unexpectedly proposed direct talks with Seoul and was met with an enthusiastic response from South Korean President Moon Jae-in, raising hopes for diminished tensions between the two. Talks, however, could undercut American efforts to pressure North Korea through sanctions and threats of violence.

To get a better sense of where things stand with North Korea, Asia Blog caught up with Lindsey Ford, Asia Society Policy Institute's director of political-security affairs and Richard Holbrooke fellow, for a brief chat. The interview has been edited for length and clarity.

What do you make of the possibility of talks between North and South Korea?

I don't think South Koreans can or should be criticized for agreeing to explore a dialogue, especially given how heightened tensions are on the Korean Peninsula right now. The main risk is that Pyongyang uses talks to decouple Seoul and the United States and throw a wrench into the U.S.-South Korea alliance.

There are various ways this can happen. North Korea will definitely try to extract some sort of economic concession from the Moon government, which could undermine what the U.S. and the international community are trying to do just when sanctions appear to be having an effect. The big concern for both the U.S. and Japan is that North Korea tries to get South Korea to cut a separate deal.

But as long as the U.S. and South Korea remain in lockstep in terms of their overall strategy and approach to North Korea, there’s no inherent reason anyone should refuse to talk. Talks let you explore what Kim Jong Un really wants — something that there are real questions about, in part because there haven't been any conversations for quite some time.

We shouldn’t have overly optimistic expectations about these talks and what they’ll produce. But at the same time, I don’t think we should simply close the door entirely if North Korea doesn't agree to these massive preconditions.

President Trump has set everyone on edge with his provocative tweets that threaten North Korea with war. Do you think Kim thinks Trump is bluffing? How well do these two understand each other?

They don’t know or understand each other well at all. The possibility of miscalculation is the most significant risk that we face from the peninsula. If there were to be another war, that's the way we’d wander into it.

Nobody thinks that either North Korea or the United States is simply going to make the decision to launch a nuclear war, but there's a huge risk that one side will misunderstand what the other side is thinking or doing.

The United States has never had a very good understanding of North Korea and of how it thinks. This problem was exacerbated when Kim Jong Un came into power because he was someone we weren't terribly familiar with. We don't have people on the ground in North Korea so our ability to get a sense of what's going on is extremely limited. And then you have a new U.S. president, too. So with leaders who appear to be erratic on both sides, the risk of miscalculation goes up significantly.

We've seen reports of North Korea looking to American journalists and foreign policy experts to try and understand what's going on in the United States — which is something we ought to be really concerned about. The North Koreans are probably asking some of the same questions that people in the United States are asking, such as whether the president is really serious when he talks about the threat of war or just bluffing.

There might be some people in the administration who'd argue that Trump's tweeting is part of a strategy that throws North Korea off balance. But it also greatly escalates the risk that, say, the United States would send in planes for an exercise and the North Koreans would think it was an actual attack. That's what everyone should be worried about. You have two sides who don't understand each other's strategies, each other's intentions, or each other's rhetoric.

Is there anything that would fundamentally shift China’s interests in North Korea? Or will they maintain the status quo?

I don’t think China will maintain the status quo. They've done more on North Korea in the last year than, frankly, people expected — they’ve been willing to vote for enhanced sanctions, for example, and have taken significant steps on that front.

The main question is whether it’s enough. And I’m not convinced China will ever see its interests shift so much that it decides to apply sufficient pressure on Pyongyang to fundamentally change North Korean strategy. If our strategy continues to rely heavily on China changing its mind about North Korea, we’re going to be disappointed.