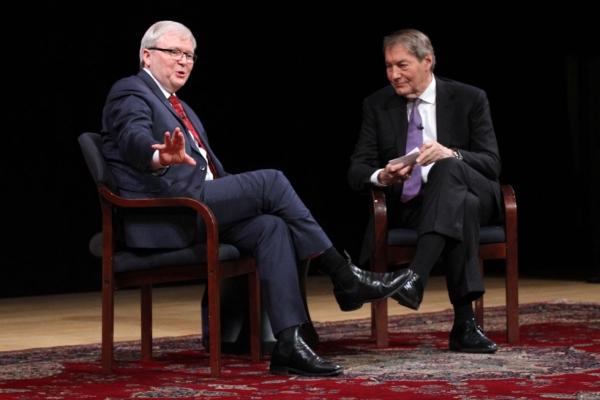 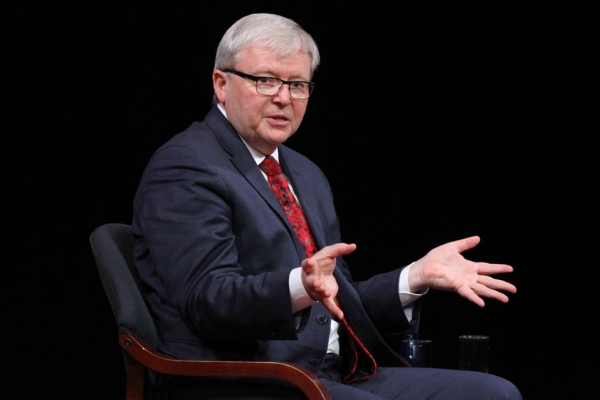 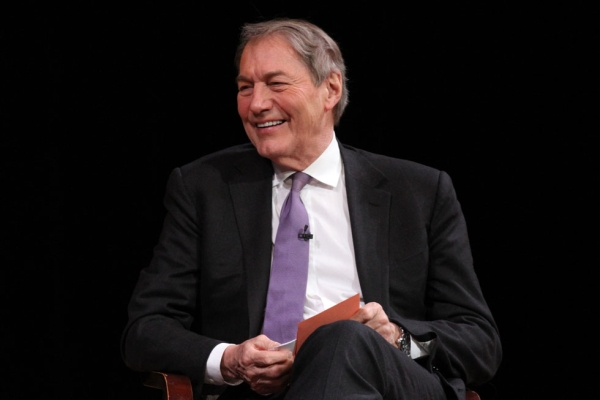 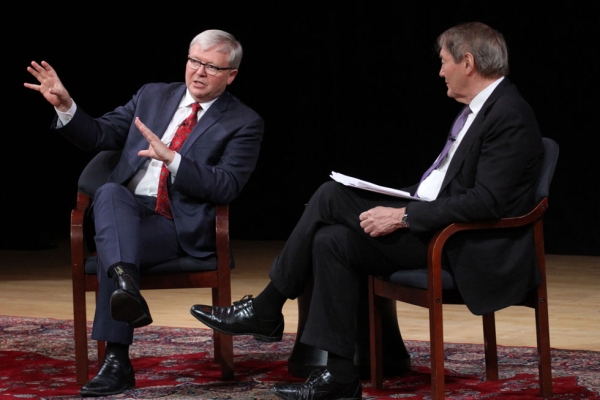 China and the United States have plenty of issues that they disagree about. But the number of interests they have in common is even longer. Kevin Rudd, inaugural president of the Asia Society Policy Institute, sees this as a pivotal situation for the two powers. Either they can choose to author a “common narrative” for their relationship by pursuing a series of mutually beneficial joint achievements — or they can follow a course that worries Rudd, of a “slow drift toward conflict.”

Last night Rudd shared this view, and many more observations about China and its place in the world, in a conversation with veteran broadcaster Charlie Rose at Asia Society in New York. Below are condensed and edited excerpts from Rudd’s remarks during their discussion.

Rudd’s impressions of China’s President Xi Jinping: The first thing to bear in mind is his family background. He is the son of Xi Zhongxun, who was in Deng Xiaoping’s Politburo after Deng returned to the political stage in the late 1970s. Xi Jinping’s father represents a liberal agenda for economic reform. But he was also a revolutionary commander for the Red Army in the lead up to the 1949 revolution. In Xi Zhongxun, you have this combination of a hardline political supporter of the Communist Party on the one hand, and on the other, someone who understands that China’s future hinges on the continued reform of its economy in a market direction.

We may find this to be an enormous contradiction in terms. But that in large part explains the economic worldview and the political worldview of his son. Xi Jinping is enormously steeped in his country’s history, and the history of his own party in the country. He is a deeply committed party loyalist himself.

Under Xi Jinping, the opening of the economy will continue. There will be a continued openness of society relative to a Maoist past. But his political frame of reference is very much a conservative party view. And therefore what he will seek to advance is what he calls the “China model.” It’s more of a state capitalist model.

Xi Jinping’s foreign policy outlook: From its first occupation in the modern period — by the British after the first opium War, when Hong Kong was ceded — through the defeat of the Japanese in 1949 more than a hundred years later, China has gone through what they call the “century of foreign humiliation” at the hands of the West plus Japan.

This is burned deep into Xi Jinping’s worldview — and with it, the need to cause China to go to through its own national reawakening, its own national rebirth. This is a core part of what Xi describes as his dream for China’s future, which is to bring China back to a respected place in the global council of nations.

Last November, Xi Jinping gave a significant speech to the who’s who of the Chinese foreign policy establishment. This was a dictum, and it made clear that China will now pursue a more activist foreign policy. In the past five years, there have been the beginnings of a deep change in China’s engagement on global issues — not fundamental, but it begins. They see themselves as having an expanding foreign policy role, on the back of their enormous economic power.

Both sides ought to adopt a posture of constructive realism. What do I mean by that? The first dimension is this: to be absolutely realistic, or realist, about where at this stage the two countries cannot agree — fundamental geopolitical questions, political values questions, and some others as well. But also agree on a mechanism by which those fundamental differences can be managed, short of conflict.

The constructivist dimension is to acknowledge that there is a formidable list of issues which the U.S. and China can work on together in order to advance not only their national interests, but also their bilateral interests and the world’s interests. Take climate change. The U.S. and China are two of the world’s largest greenhouse gas emitters. They will decide effectively whether the UN conference on climate change in Paris succeeds or fails. China’s decision to announce their goal year for peak greenhouse gas emissions as part of an agreement with the U.S. was important. They could have made that announcement on another occasion, and done so alone.

If the U.S. and China develop sufficient political and diplomatic capital from the things they work on together constructively over time, then over time, as circumstances allow, they can draw on that capital to solve some of the unfixable problems from the realist box of differences.