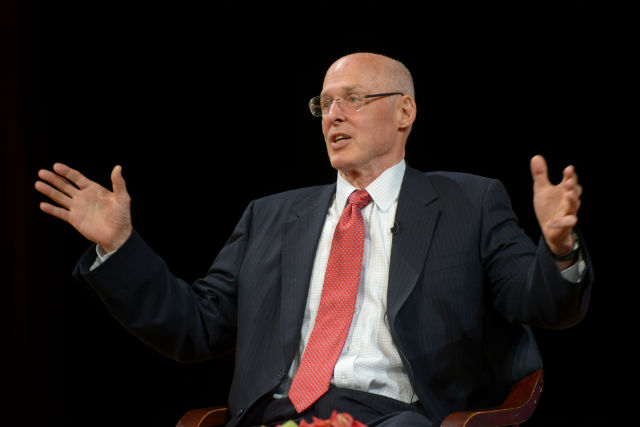 As U.S. Treasury Secretary in 2006-2009, Henry M. Paulson, Jr. co-chaired the U.S.-China Strategic Economic Dialogue. Previously, as CEO of Goldman Sachs, he made dozens of trips to China, working with Chinese government and business leaders in opening up the country to private enterprise.

Paulson will offer his thoughts on how to engage a risen China at Asia Society New York next Monday, April 13. In conversation with New Yorker staff writer and recent National Book Award winner Evan Osnos, Paulson will also discuss his forthcoming book Dealing With China: An Insider Unmasks the New Economic Superpower, which draws on his extensive experience engaging with modern China’s government and business leaders.

In the new book, he addresses such questions as: How did China become a global economic heavyweight so quickly? How is business conducted there? What are the best ways for Western business and political leaders to engage and succeed in China? (For those who can't attend in person, the discussion will also be a free live webcast at AsiaSociety.org/Live at 6:30 pm New York time.)

In a September 2014 appearance at Asia Society New York, Paulson shared some of his insights into how China’s economic reform program is changing business conditions for foreign companies that invest and operate in the country. Ahead of next Monday's event, watch the video below for a preview of Paulson's thinking.