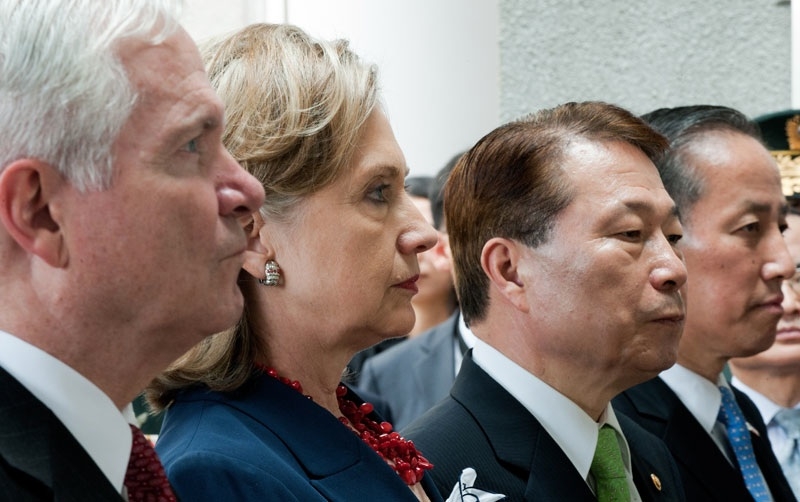 The Obama administration has imposed fresh sanctions on North Korea and is conducting military exercises with South Korea in response to North Korea's alleged sinking of a South Korean warship two months ago.

Asia Society Associate Fellow Charles Armstrong said, "it is unlikely that a show of strength by the US military will cause the North Koreans to back down, much less apologize for it, something North Korea has never done in the past."

US Secretary of State Hillary Clinton announced in Seoul on Wednesday that the sanctions would increase Washington's ability to "prevent North Korea's proliferation, to halt their illicit activities that help fund their weapons programs, and to discourage further provocative actions."

American pressure on North Korea, and joint military exercises with the South, have further destabilized relations with China, which fears being caught in the crossfire between its neighbor, North Korea, and its ally, the US.

Orville Schell, Director of the Asia Society's Center on US-China Relations, said in an interview on Wednesday with Public Radio International's The World that Beijing feels the sanctions challenge Chinese sovereignty.

"More and more now they are imagining that their sphere of legitimate national security interest extends farther and farther out from China itself, and this partially because China is so dependent on sources of energy from around the world."

Schell said that for China, North Korea is like "a crazy uncle who lives up in the attic."