The Uncertain Future of Civil Society in China 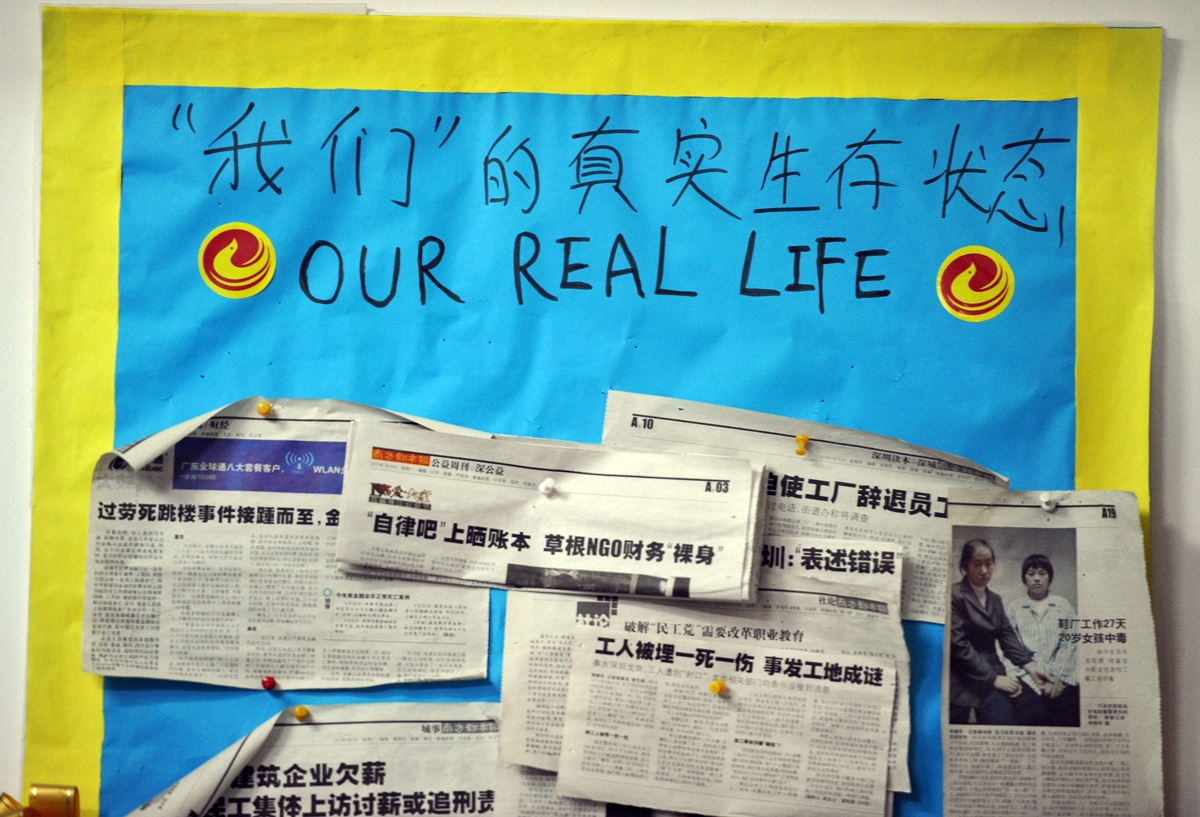 'China-economy-labour-strikes', FOCUS by Bill Savadove In a picture taken on November 29, 2011, a collection of newspaper clippings headlines Chinese migrant worker's plights on the wall of Little Bird, a Chinese non-governmental organization promoting migrant workers' rights at their office in the southern Chinese city of Shenzhen. (Peter Parks/AFP/Getty Images)

As a developing country with one-fifth of the world's population, China presents enormous opportunities for the world's non-governmental organizations (NGOs). But a new law passed by the National People's Congress Standing Committee in April 2016 has imposed new regulations that define and, in some cases, restrict what organizations can do. These limitations dovetail with broader controls implemented by Xi Jinping, China's president, who has emerged as a forceful nationalist during his five years in power.

To get a better sense of how the law, which took effect last January, affects foreign NGOs in China, Asia Blog spoke with Jessica Batke, a senior editor at ChinaFile and the head of the China NGO Project at the Center on U.S.-China Relations. The conversation has been edited and condensed for clarity.

First things first — how does civil society work in China?

It's hard to define. Typically, people think of civil society as completely separate from the government but in China, it's difficult to have a fully formed and vibrant civil society completely outside the auspices of the Communist Party.

That's why you have GONGOS: government organized non-governmental organizations. For some organizations, it can be good to be a GONGO if the government is on board with what you want to do. And in that way, GONGOs are an important part of civil society because they're doing work that people on the grassroots wanted to do anyway.

But for other groups, it can be hard to work completely free from government affiliation, since the government may want to shape what you're doing or stop you from doing things they don't appreciate. It's a matter of time before what you do gets clipped, shortened, or shaped in certain ways.

When did civil society and NGOs emerge in China?

Many of them started to spring up in the '90s, when you saw the fruits of China's reform period and, also, problems when the government steps back from service provision and oversight. [The China NGO Project] is about to publish an article with someone who started an NGO in 2003 after seeing villages in Henan where people had given blood and contracted AIDS because the blood wasn't processed properly.

What Reform and Opening did was give people the social space to be able to solve problems on their own. It overcame this idea that the government had to solve everything, like under Mao.

Right now, there's a tension between citizens wanting to solve their own problems and the government wanting to define what kinds of problem-solving is permissible. The problem is that the government still feels like it should be able to obtain permission for anything to be solved.

What have been the consequences of the new NGO law?

It's a highly uncertain time for foreign NGOs. People may feel like it's inherently riskier to get involved with one. And it isn't limited to NGOs, either: There's been a clear and concerted effort by the Communist Party to heighten awareness and fear of foreigners and foreign governments in particular. For example, there have been posters popping up instructing Chinese people how to tell if a foreigner is a spy.

The National People's Congress considers the NGO law as part of the national security legislation, whereas in the U.S. civil society and national security are considered separately. Foreign NGOs are not treated as a social issue in China as domestic ones are.

What is worrisome about restricting foreign NGOs?

In some ways, the new law could actually have some positive effects. It could allow domestic NGOs to free themselves from externally imposed goals, values, and judgments that funders may have levied on them. If you're a domestic NGO and you want to work on a certain issue that's at odds with your funders, maybe you won't have to work on that anymore. Pathways for funding have opened up in China, and groups can focus on work that's more relevant to them.

But from a more global perspective, it's inherently problematic anytime a government tries to cut off grassroots citizen engagement across countries. I don't think it's a good idea to restrict people from other countries from coming and engaging with your citizens.

Chinese civil society has grown by leaps and bounds but there's a lot of knowledge transmission that could be happening, and a lot of foreign expertise and certainly foreign money that could be relayed.

Is the subject of NGOs a useful lens for examining the changes happening in China as a whole?

Yes. You can see this in a conversation people are having about sharp power, which is a phrase introduced but is now all over the place. In terms of China's engagement with the world, writ large, this is definitely a symptom of something larger and is not an outlier.