As the Trade Dispute Ratchets Up, the Stakes Couldn't Be Higher | Asia Society Skip to main content

As the Trade Dispute Ratchets Up, the Stakes Couldn't Be Higher 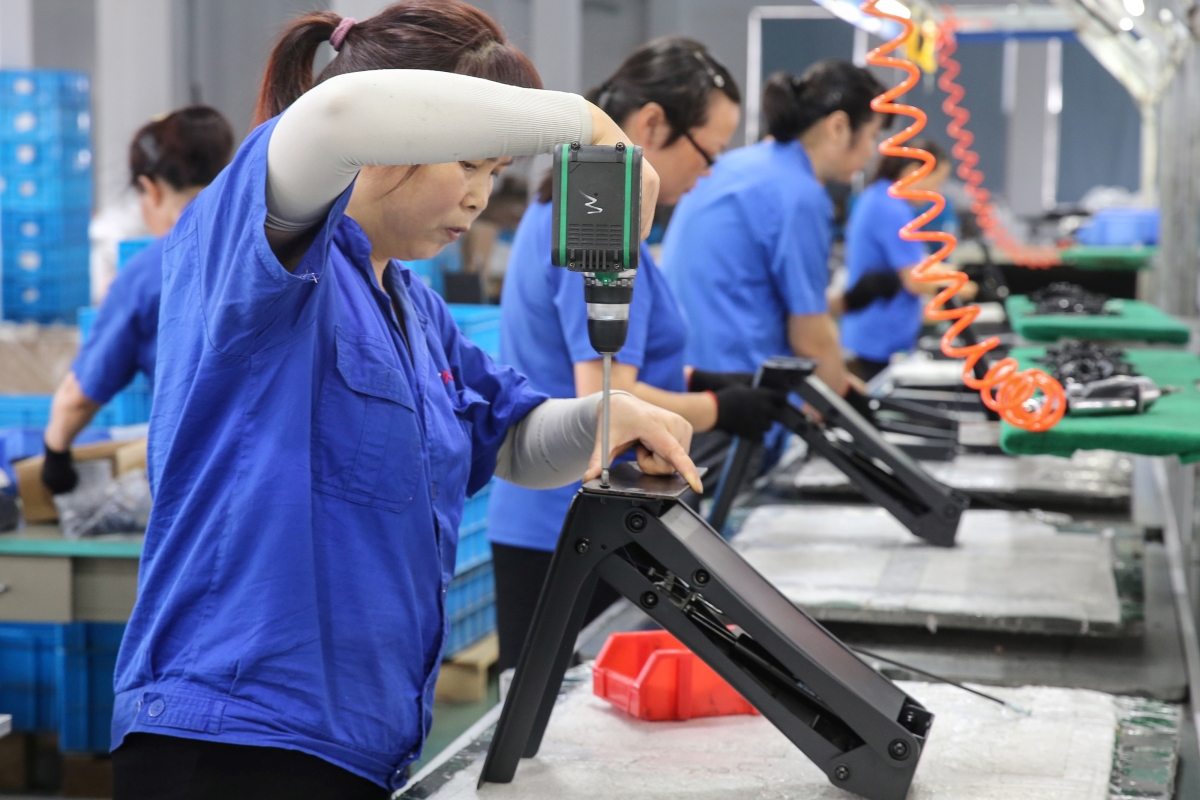 Workers produce desks for export to the US, France, Germany and other countries, at a factory in Nantong in China's eastern Jiangsu province on September 4, 2019. China said on September 2 it had lodged a complaint against the United States with the World Trade Organization (WTO), one day after new tariffs imposed by Washington on billions of dollars worth of Chinese goods came into force. (STR/AFP/Getty Images)

On Thursday morning, the U.S. and China announced they would resume trade negotiations in October.

Speaking at a briefing held at Asia Society New York on Thursday, Wendy Cutler, vice president of the Asia Society Policy Institute, said much is on the line for the next rounds of talks.

“If [the negotiation] breaks down, we’re not going to go back to where we were. We have to define a new relationship,” she said. “The stakes are so high here — two of the largest trading partners, the largest economies in the world, and how they work out or don’t work out their trade relationship is not going to be just limited to trade; it’s going to impact all other parts of our relationship.”

The U.S. and China have been undertaking a tit-for-tat trade dispute for more than a year, with unprecedented tariff hikes by both sides.

On Sunday, U.S. President Donald Trump imposed a new round of 15-percent tariffs on some $112 billion of Chinese imports — primarily consumer goods like electronics and footwear. China responded with a 5 percent tax on a range of products including agricultural goods and crude oil. Two more rounds of tariffs have been threatened in the coming months. “If all promised action takes place,” Cutler noted, “[by December] we would have tariffs in place on about 97 percent of Chinese imports.”

Cutler said the talks thus far have been stymied by a top-down approach and “significant miscommunication and misreading of each side by the other…. I think the Chinese really misread the United States. China, up until 18 months ago, thought it could just purchase a lot of our stuff and this would be over. It took them a while to pivot and understand that they needed to also address market access and structural issues and deal with an enforcement mechanism.”

But news that negotiations will include not just ministerial-level meetings, but ongoing discussions at the vice-ministerial level are heartening, Cutler said.

“I think what would be extremely helpful now is for both sides to quiet down and... let the negotiators do their work."

If China and the U.S. can establish a better atmosphere in the coming months, through such goodwill gestures like the U.S. approving domestic companies’ licenses involving non national security products to sell to Huawei, or China buying more American agricultural products, “then the two sides could get back to the actual negotiating text that fell apart last May… and resolve those handful of outstanding issues.”

Watch the full talk, below.