Three Reasons To Be Skeptical of the Upcoming Trump/Kim Talks 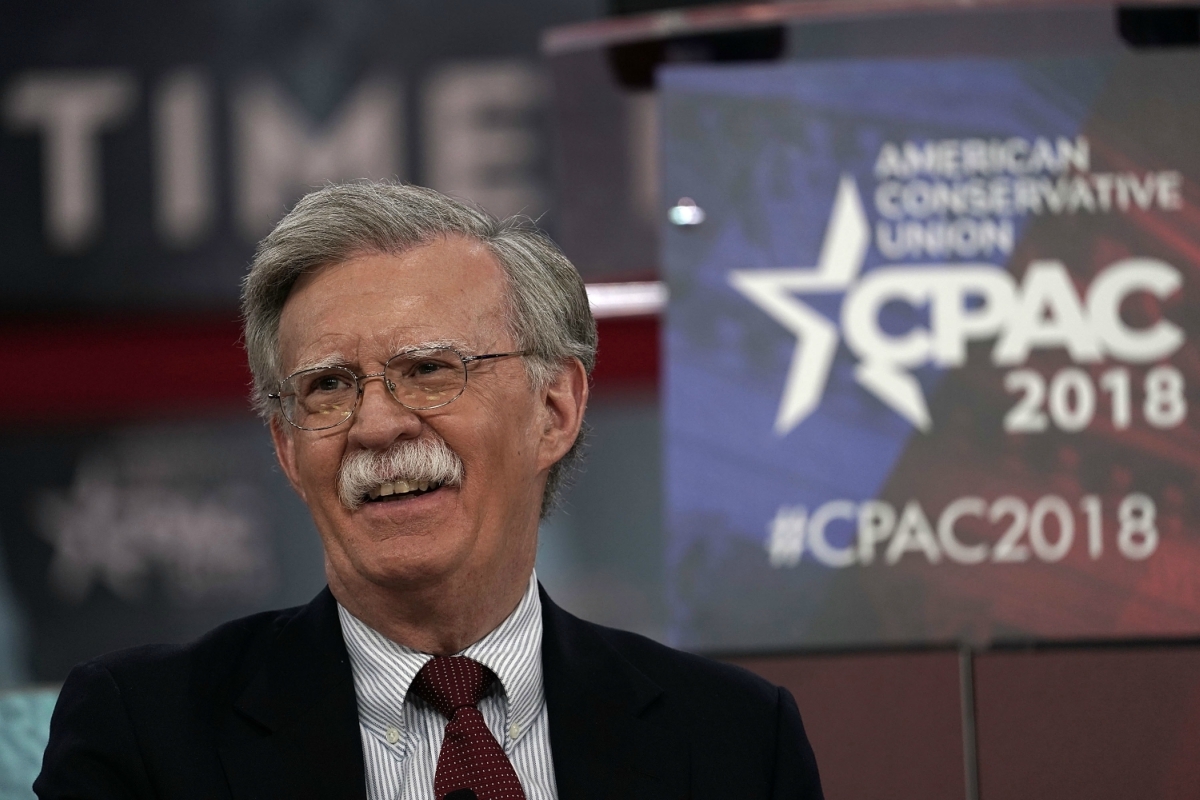 On June 13, Wendy Sherman will join Daniel Russel at Asia Society to discuss the aftermath of President Trump's summit with Kim Jong Un. The program will be available via live webcast from 8:30 a.m. New York time.Learn more

The trade conflict with China and continuing political circus in Washington have somewhat buried the story, but nevertheless last week President Trump reaffirmed that he still plans to meet with North Korean leader Kim Jong Un:

Received message last night from XI JINPING of China that his meeting with KIM JONG UN went very well and that KIM looks forward to his meeting with me. In the meantime, and unfortunately, maximum sanctions and pressure must be maintained at all cost!

Many details must be worked out prior to the meeting actually happening. But observers have reacted to the prospect of talks with measured optimism, pointing out that negotiations, at least, represent an improvement over insults and threats.

The real question, though, is this: Would the Trump/Kim summit result in a good outcome for American and global security? North Korea experts in past U.S. presidential administrations are skeptical. Here are a few reasons why.

In the quarter-century or so since North Korea’s nuclear ambitions first triggered an international crisis, Pyongyang has slid even further into isolation, unwilling to accede to Western demands that it relinquish its nuclear weapons program in exchange for sanctions relief.

Has this strategy changed? In the first months of this year, Kim has engaged in his most intense period of diplomatic activity since assuming power in 2011. His decision to send athletes and officials to the Winter Olympic Games in Pyeongchang, South Korea, has led to a thaw in relations with Seoul, which has reported that Kim expressed a desire to “denuclearize the Korean peninsula.” Kim and his South Korean counterpart Moon Jae-in are scheduled to meet for the first time on April 27. And late last month, Kim traveled to China, his first foreign trip as leader, where he was photographed deferentially taking notes during a meeting with President Xi.

But Danny Russel, vice president of international security and diplomacy at the Asia Society Policy Institute and formerly President Obama’s point person on Asia, warned that in spite of this charm offensive, North Korea’s fundamental interests have not changed. “Basically, North Korea has two speeds and it cycles and toggles between them." He explained:

One is raising tensions. The other is raising expectations. North Korea will scare the world and then dangle some hint of maybe an opportunity to de-escalate. They then try to parlay that de-escalation, that reduction of tensions, into some sort of benefit, usually by testing or extracting concessions. And once they’ve satisfied themselves that the world isn’t going to pay them anymore, they revert to the first cycle of escalation. It’s an ongoing alteration between tensions on one hand and hope on the other. It’s a business model.

Russel added that North Korea’s willingness to negotiate has never been in question — so long as negotiations are for things Pyongyang wants.

“They’re happy to negotiate on the withdrawal of U.S. forces and the capitulation of South Korea,” he said. “They’ve said again and again that, notwithstanding denuclearization being the long-cherished dream of Kim Il Sung, there’s no force on earth that would cause North Korea to relinquish its sword and shield — its nuclear systems.”

Lindsey Ford, director of Asian security at the Asia Society Policy Institute, added that “we should be under no illusion that North Korea’s position on denuclearization has fundamentally changed … [it] remains dependent on the United States taking steps to meet North Korea’s desired conditions. The cost of these steps is likely to be very high.”

What’s so unusual about the proposed summit between Trump and Kim isn’t just that a sitting American president has never met a North Korean leader. It’s also that meetings between heads of state typically occur at the conclusion of a long-term process in which lower-level officials lay the groundwork.

“Politicians sit down and pull a rabbit out of the hat,” said Christopher Hill, a lead North Korea negotiator in President George W. Bush’s administration. “But how do they do that? The answer is that it’s the diplomats who stuff the rabbit in the hat — because rabbits don’t live in hats.”

He added, “You need teams of people coming through a lot of ideas. Ideally, when President Trump meets with Kim, we’ll already know the outcome. But I think the president doesn’t see it that way. He would not want an outcome that’s preordained — he’d want to create it himself. And that’s where [he’ll] get into trouble.”

Trump’s inexperience in international diplomacy would also make him ill-suited for the task of conducting negotiations with Kim, said Robert Gallucci, a North Korea negotiator from President Clinton’s administration.

“I can’t see a president who believes that preparation is terribly overrated and expertise isn’t necessary dealing with these issues,” he said. “If you told him that the North Koreans gave up their plutonium program for a highly enriched uranium program, I don’t know if he’d slam his paws into his forehead and say, ‘Well, how about that!’"

The Appointment of John Bolton Isn't an Encouraging Sign for Peace

In the midst of his preparation for a possible summit meeting with Kim, Trump reshuffled his national security team. Out is embattled Secretary of State Rex Tillerson, replaced by CIA Director Mike Pompeo. And in a move with potentially vast consequences for the trajectory of American foreign policy, Trump removed H.R. McMaster as national security advisor and appointed John Bolton for the job.

Bolton, a former U.S. ambassador to the U.N., is known for his uncompromising hawkishness: He is the author of a book called Surrender Is Not an Option, continues to think the Iraq War was justified, and recently advocated for a pre-emptive strike on North Korea.

Gallucci did not find much to cheer in Bolton’s appointment.

“I can’t get myself to see any good news in this at all,” he said. “I don't think it’s a subtle or brilliant move. I don’t think it’s anything but bad news for those of us who have traditional interpretations of American interests around the world. The John Bolton I’m familiar with does not value institutions that I think are important. He has shown an enthusiasm for a use of force on occasion, which I find regrettable.”

Should the Trump/Kim summit go ahead as planned, the experts agreed forging an acceptable outcome — much less one marking a genuine diplomatic breakthrough — will require a certain delicacy. If talks fall apart or do not occur at all, the Trump administration may declare that negotiation of any kind with North Korea is futile — an ominous prelude to conflict. But a result in which Trump succumbs to flattery and makes grave concessions to North Korea would also be little to celebrate.

Instead, Gallucci said, the best possible outcome might be one in which not much happens at all.

“Maybe they eat, maybe they talk,” he said. “Neither insults the other's appearance. Instead, they kind of get on. I don’t know these guys at all, but I know our president likes to be liked by people, and I know people know he likes to be liked by people. So this is a possible outcome where the president is pleased with the meeting. North Korea would be pleased with the status the meeting gives them. I don’t need the president of the United States endorsing our nuclear weapons program at the expense of our allies. But I can see something good coming out of it in terms of atmospherics if Trump says he imagines some engagement and some professionals engage. That wouldn’t have to be so bad, in my view.”

Hill cautioned that the stakes of such a deal went beyond just the North Korea nuclear issue.

"The concern around the world that we don’t have it together right now and we’re not a leader," he said. "If this gets turned into a reality TV show, it’ll harm our reputation worldwide."