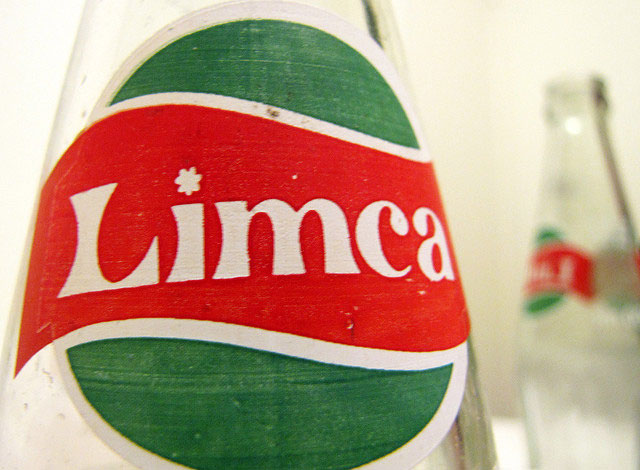 Limca — an official "cool drink," as determined by Samosapedia. (jasleen_kaur/Flickr)

Ever wonder who your "chaddi buddies" were? Confused why South Asians incessantly utter the words "basically” and "actually?" Samosapedia may actually offer some first class advice.

Founded in 2011, Samosapedia is the South Asian answer to UrbanDictionary. Many of the entries, like "Many happy returns of the day," are English phrases that remained in South Asia although the Raj left. Nevertheless, the languages found on the website are as diverse as the hundreds of languages spoken on the subcontinent today.

The strongest entries on Samosapedia feature a term, its definition, an example, the root, the region where it is commonly used and associated terms. The root and region are often tricky to identify, both because of the diaspora and how interrelated South Asian languages can be. The associated terms give readers access to a broader context unavailable in dictionaries. From the onomatopoeic "ohho" (meaning "really!?"), one is linked to the term "ufffoho," which is used to imply mild annoyance. Users are invited to give thumbs up or down to the definition and do the needful by suggesting a better meaning.

Samosapedia defines "saheli-type" as "a socially conscious, feminist-oriented, articulate, and activist woman, who looks the part with studied lack of glamour, and yet makes an impression, clothed in cotton fabrics, face devoid of cosmetics." Like many entries, this one identifies a contemporary context and comically describes how it is said in a particular situation. Samosapedia provides the dialogue:

"Who is the saheli-type with Sanju? What's he doing with her?"

"She's his sister, man. She runs an NGO in Bangalore."

Readers familiar with upper-class NGO ladies in Bangalore find the "saheli-type" an apropos epithet, and, through humor, the meaning rings clear.

Like several of the examples on Samosapedia, "saheli-type" mixes Hindi-Urdu with English. While English in South Asia can be framed as a remnant of colonialism, examples like this attest to how South Asians continue to localize English in new ways. (Other English hybrids, like Singapore's Singlish, feature similar forms of English and Asian language mixing, and have platforms such as A Dictionary of Singlish.)

Above all, for those who think "what to do?" for today's gupshup, perhaps Samosapedia is the answer. Here are 10 entries we just lau-ed:

Survival on the subcontinent:

AWAZ DO: "It is a most common word painted on the rear parts of the trucks," and it means "sound your horn" when you're intent on overtaking another truck.

cool drink: "A cool drink is a drink that is cool and non-alcoholic and most often fizzy."

chee: "An expression of disgust."

dishoom: "An onomatopoeia referring to the sound emanating from ferocious exchange of blows between good guy and the villain in Bollywood movies."

one into two: "To divide one item (typically food) to two roughly equal portions, for sharing."

Limca: "Tangy lemony yummy fizzy cool drink that has been around since the late 70's."