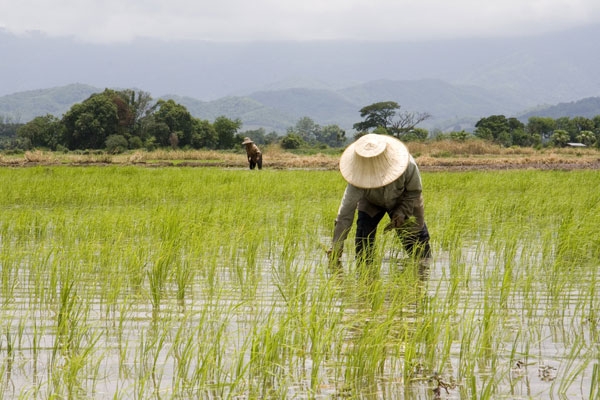 Peter Timmer speculates on what the increase in "extreme weather" means for the global food trade.

This week, we asked our Sustainability Roundtable to discuss the recently released report by the National Oceanic and Atmospheric Administration (NOAA) in which it is suggested that increased incidences of extreme weather have largely been due to global warming.

Are developing and developed Asian countries doing enough to prepare for a future characterized by increasingly volatile weather patterns? How can attention and investment be better allocated between disaster relief and climate change mitigation? What, if anything, can governments throughout the region do to mitigate the impact of these changes?

Peter Timmer is a non-resident fellow at the Center for Global Development and was Principal Advisor to the Asia Society Task Force on Food Security. Now retired from teaching, he is the Thomas D. Cabot Professor of Development Studies, emeritus, at Harvard University.

The increased incidence of extreme weather is likely to have significant implications for agriculture in Asia. Most attention has focused on the impact of global warming on threats to yields, especially for rice, which is surprisingly sensitive to extremely high night-time temperatures. Less attention has been devoted to the impact of greater variability in crop yields, and whether these will be correlated across major production regions of Asia.

There are three basic things countries in Asia should be doing to build their capacity to meet these challenges over the next several decades. In the short run, improving capacity to cope with disasters from flooding and drought will be important, but these should be coordinated with more general disaster preparedness, especially from earthquakes, typhoons and tsunamis.

Second, individual countries can make preparations for more flexible and more resilient cropping systems. These preparations should involve both attention to which crops are grown in which seasons and to pushing forward basic crop research that will provide better technologies in the face of climatic challenges. Already, flood- and drought-resistant rice varieties are beginning to find their way into Asian farmers' fields.

Finally, all Asian countries need to examine their policies for food trade, especially rice, to be sure that they are sufficiently open to moving supplies around as the locations of surpluses and deficits change quickly under the impact of climate change. Trade is far and away the best instrument for smoothing out variations in production and consumption, and most Asian countries have significant restrictions on how such trade can take place. It is time for a region-wide rethink of food trade, especially for rice.

Peter Timmer is a non-resident fellow at the Center for Global Development and was Principal Advisor to the Asia Society Task Force on Food Security. He is the Thomas D. Cabot Professor of Development Studies, emeritus, at Harvard University.