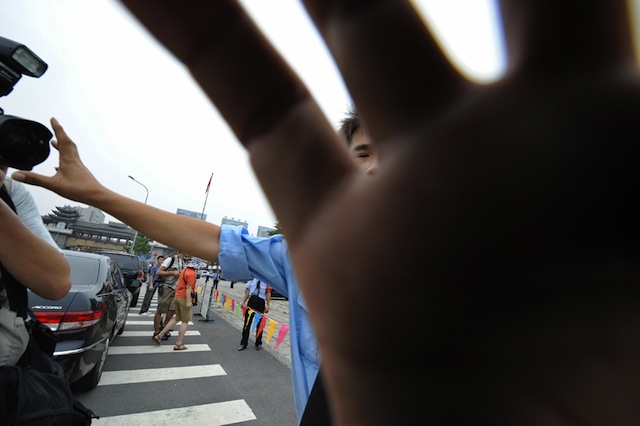 Tapping into widespread public frustration with corruption among government officials, advocates of press freedom in China seem to have found an effective tool with which to ally citizens to the journalistic cause. In a July 3 editorial published in the China Youth Daily, the official newspaper of the Communist Youth League, columnist Cao Lin makes an impassioned case for protecting journalists from intimidation or harassment. Riding on the waves of online public furor surrounding two recent cases in which reporters were suppressed for exposing official wrongdoing, Cao argues that a powerless media results in a powerless citizenry and a powerless nation. Cao writes:

This is far from the first time Cao has lashed out against official corruption. As a young columnist at the China Youth Daily, Cao has written numerous pieces criticizing state media coverage of government wrongdoing. In early June, he spoke out against a controversial article published in the Global Times that called for Chinese citizens to be more accepting of government corruption, accusing the Global Times editor Hu Xijin of distorting the message of the editorial with a misleading headline. More recently, Cao penned an editorial calling out the viral CCTV-produced food documentary A Bite of China for whitewashing China's innumerable food safety scandals.

Some have wondered whether Cao might be speaking for a larger intra-party faction, given the fact that the newspaper for which he writes, the China Youth Daily, is the official newspaper of the Communist Youth League, the traditional power base of President Hu Jintao which is seen, by some, to be vaguely reformist and liberal. Cao's editorials have been retroactively censored before, yet this does not seem to have dampened his critical stance.