Podcast: Nadeem ul Haque: 'The Country That Can Kill the World' 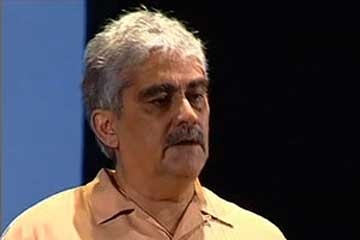 Nadeem ul Haque introduced himself with a bit of bluster as Pakistan's official "growth" strategist, then began blurting out his frustrations. There's no growth to speak of in Pakistan, he said — less than inflation anyway, and nothing like India's 8-percent boom. The government he came home to serve in Pakistan is going nowhere. And then the line that spun my head around: "This is the country that can kill the world," he said.

"And your country hasn't the foggiest idea what you're doing here. Find a way to educate youth in Pakistan — 90 million under 20 — or don't sleep at night. You haven't got enough bullets to kill them… We can do without the Beltway Bandits and even the billions of dollars in what they call aid. What America should be sending Pakistan is C-SPAN and National Public Radio, and then reopen the USIA libraries… What you send is Raymond Davis and Blackwater... Are you out of your f***ing minds?"

The conversation we recorded a few days later is a slightly tempered version of that first burst at a farewell party in Islamabad for an American aid official. We're getting Nadeem ul Haque's heartfelt version of the Post-Colonial Blues. First, fond memories of the British and American cultural centers and mentors in the 1950s and '60s who propelled him to the London School of Economics, the University of Chicago and a career at the World Bank.

Second comes the the appalled realization that a new native elite had slipped into the palaces, polo grounds and clubs of the old colonialists with, if anything, less interest in the mass of the population.

And third, a rough critique of a distant and disdainful American connection with Pakistan: bulletproof cars for aid workers when they get out of the office at all; "they don't use our toilet paper," he says; and nobody, but nobody, knows where the other-than-military money goes.