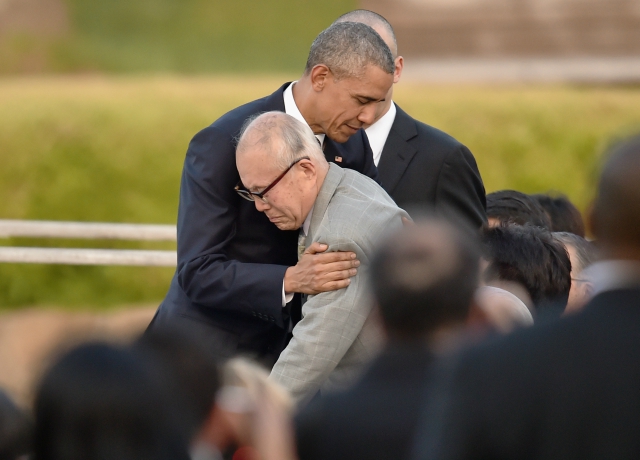 In the seven decades since the United States dropped an atomic bomb on Hiroshima, Japan, on August 6, 1945, no American president had ever visited the city — until now. On Friday, President Obama laid a wreath at the Hiroshima Peace Memorial and said that "the world was forever changed here, but today the children of this city will go through their day in peace.”

In this photograph from Friday's ceremony, the president embraces Shigeaki Mori, a 79-year-old Hiroshima native who survived the attack at age eight.