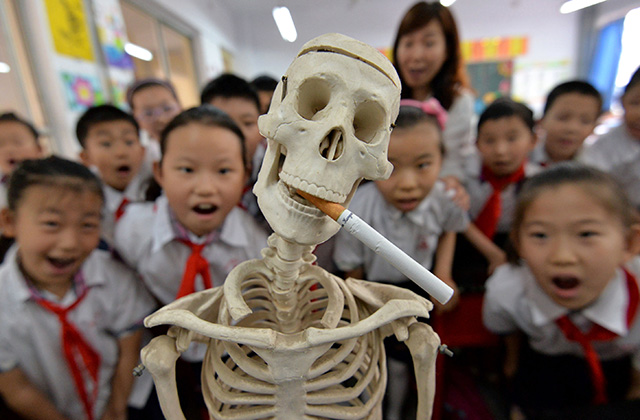 In 1987, the World Health Organization established "World No Tobacco Day" to encourage people around the globe to abstain from tobacco products for 24 hours — a campaign that falls on May 31 each year. In the above photo, students at a primary school in Handan of northern China's Hebei province mark the occasion with a mock skeleton.

China is the world's largest consumer of tobacco products, and a study last year found that two-thirds of men in the country now start to smoke before age 20 — half of whom will eventually die from the habit. In recent years, various government organs have tried to rein in the problem, but have met resistance from the state tobacco monopoly.