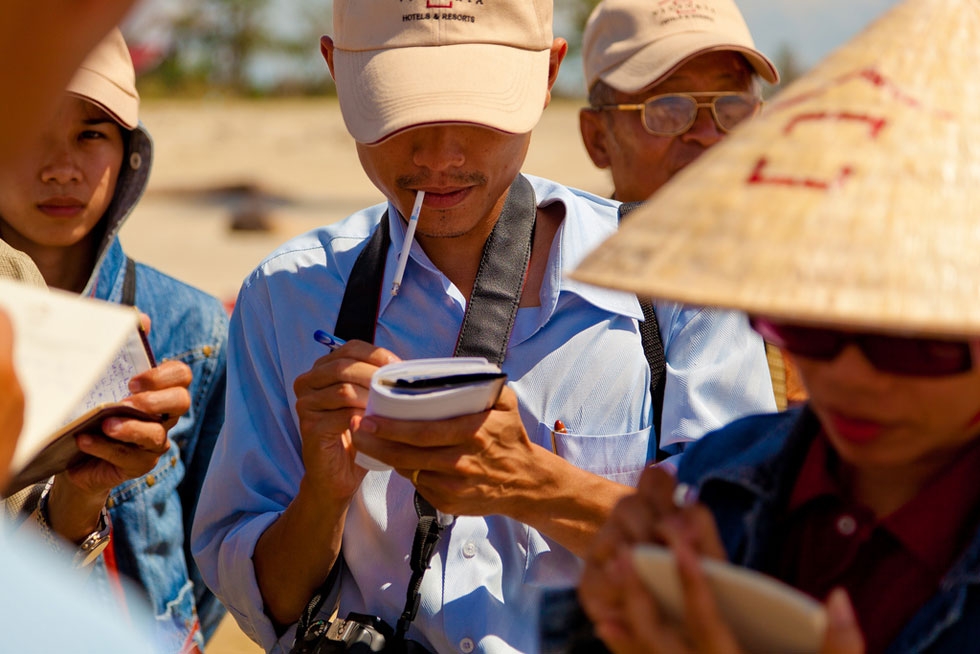 Last week, Asia Society announced six finalists for the Osborn Elliott Prize for Excellence in Journalism on Asia chosen from a crop of entries by media outlets ranging from magazines to newspapers to websites to newswires. The winner of the $10,000 cash prize will be announced next month, and all of the finalists will be celebrated at an awards ceremony at Asia Society in New York on Monday, May 21, 2012.

Asia Blog caught up with some of the finalists to ask them about their nominated projects.

From an exclusive interview with opposition leader Aung San Suu Kyi, to a report detailing more freedom for the country’s local media, your series gives numerous examples of the rapid reforms that began in Myanmar late last year. How difficult was it to write these relatively positive stories about a regime that has been so deceptive with the press as well as diplomats in the past?

As journalists our job is to listen to all sides with an open mind, so it was important to set aside long-standing distrust of the regime and report fairly and accurately about the changes under way in the country, even if there was understandably deep skepticism about the changes initially. At the same time it was vital not to get swept away by hopes that the reforms would proceed with no hiccups.

Through our many interviews with politicians, dissidents, experts and ordinary Burmese, we strove to look beyond some of the pre-conceived ideas in the West about Myanmar, in particular the notion that Burmese politics is purely a standoff between the regime and Aung San Suu Kyi. In reality there are many political actors in Myanmar today. The speed at which the changes took place might actually have helped us to look at the situation with a fresh pair of eyes.

But no one reporter could have done it on his or her own. The series was possible only thanks to close cooperation and trust between our teams of journalists on the ground and our editors in the bureau, who also frequently swap roles. Often several reporters collaborated to research an article, which was then scrutinized by our editing desks to ensure they met AFP's standards of accuracy and impartiality, all of which is necessarily a team job.

April Rabkin, for "The Socialist Networks," "Follow the Billionaire," and "The People's Education Army."

Your reports in this series look deeply into three very different aspects of China’s changing social and economic structure, including social networking, philanthropy, and education.Why, out of the many issues you could have looked at closely, did these seem the most interesting and telling about the larger changes sweeping across China?

China seems to be pulling off this trick of authoritarianism plus commerce plus personal freedom. But it is a far trickier thing than most people, either in China or abroad, want to admit. At first glance, social networks, philanthropy, and education look exactly the same as they do in the West — with Facebook replicas, the Red Cross and other charities, and high-scoring schools. But I wanted to look closer.

Ron Moreau and Sami Yousafzai, for "The Taliban After Bin Laden," "You Have the Watches, We Have the Time," and "War Without End."

Your series on Afghanistan shows just how tenacious and unrelenting the Taliban in Afghanistan are in continuing their mission even as foreign forces are close to calling the official “offensive” finished. After covering this conflict for over a decade, do you think Afghanistan is more or less peaceful now than after the initial fall of the Taliban?

Without a doubt Afghanistan today is more dangerous and unstable than it was immediately after the fall of the Taliban in late 2001. Suicide bombings and roadside IEDs are now a constant threat to civilians in many areas.

In 2002, U.S. and NATO soldiers were warmly embraced. The Taliban insurgency that now has influence in the north, east and south did not exist. Back then most Afghans wanted many more American forces on the ground. But the U.S. military’s largely successful troop “surge” in 2009 came years too late. After a decade of conflict the US has largely worn out its welcome with many Afghans who paradoxically also fear that the US troop withdrawal in 2014 will rekindle the civil war.

Your series on China’s stock scam companies notes that often the only people that reveal these bunk businesses are also short-sellers that can make money from the negative reports. How did this conflict of interest for some of your sources complicate your reporting of the story?

Short-sellers have a negative connotation in the broader investment community.  The fact that they were stating clearly their intentions on a stock, and backing up what they said with documents, meant we didn’t think they were simply shouting from the rafters. An additional challenge here was that these critics were not well-known, making it all the more important to fully see how credible they were.

When an agenda is stated clearly the reader knows the perspective. The fact that we talked with all sides of this story meant we ourselves did the best we could not to expose ourselves to manipulation. We also worked off of the market reactions and the regulatory actions taken by the U.S. exchanges and the Securities and Exchange Commission. This told us that where there was smoke, there was potentially a lot of fire.

Other nominees were Tehelka's Rohini Mohan for "Coastal Wars: A Storm Foretold" and "The Trap of the Empty Net." and The Washington Post's Andrew Higgins for the series "Power Grab: China's Quest for Energy."