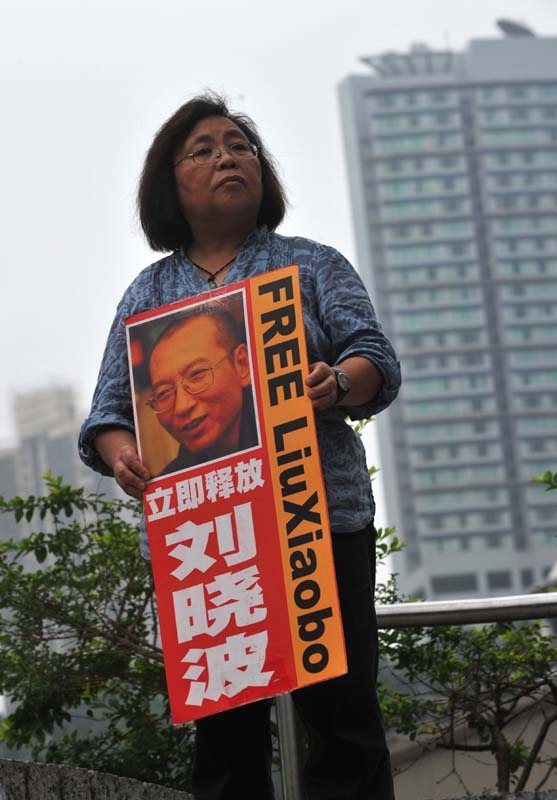 Buzz has building this week over tomorrow's scheduled Nobel Peace Prize announcement. It is widely believed that this year's award will go to jailed Chinese writer, Liu Xiaobo.

The Chinese government reportedly has expressed its opposition to awarding the prize to Liu, even going so far as to warn the Nobel Committee that doing so would damage Chinese-Norwegian relations.

Liu has long been a human rights activist and Chinese government bugaboo. Over the course of his career he has been arrested and jailed several times, and served time in the 1990s in a re-education camp. His current jail sentence stems from a 2009 conviction for "inciting subversion of state power." Liu co-authored Charter 08, a petition for greater freedom in China in December 2008. Drafted to coincide with the 60th anniversary of the Universal Declaration of Human Rights, Charter 08 was signed by over 300 Chinese intellectuals and was denounced by the Chinese government.

Liu was nominated for the prize in 2009 by fellow enemy of the Chinese state and Nobel Peace Prize recipient, the Dalai Lama.

Nobel Prize season is always a tense time for the Chinese, who feel the committee has not adequately recognized Chinese achievements. To date, none of the ethnic Chinese Nobel laureates are Chinese nationals.

If Liu wins tomorrow, it will be considered a further blight in Chinese Nobel history.