Multimedia: What Happens When You Depict the Mona Lisa with a Japanese Noh Mask? | Asia Society Skip to main content

Multimedia: What Happens When You Depict the Mona Lisa with a Japanese Noh Mask? 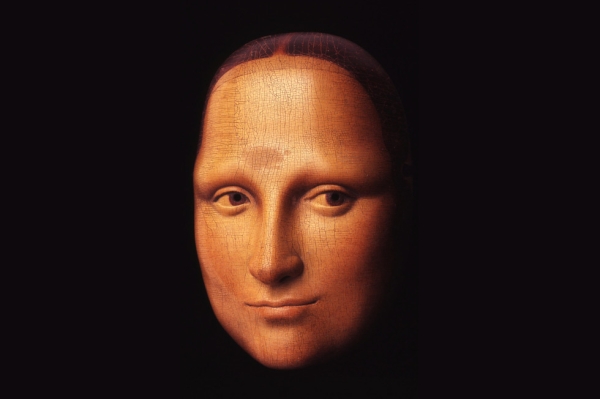 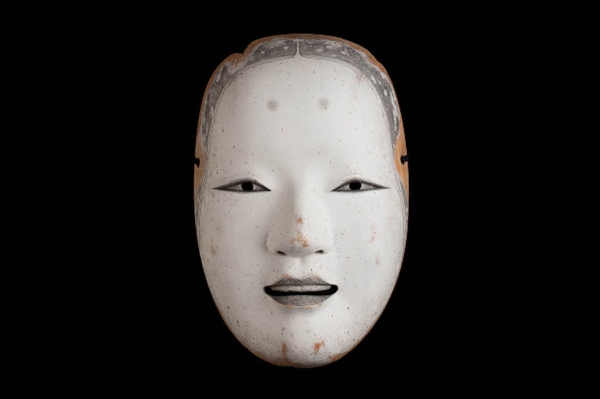 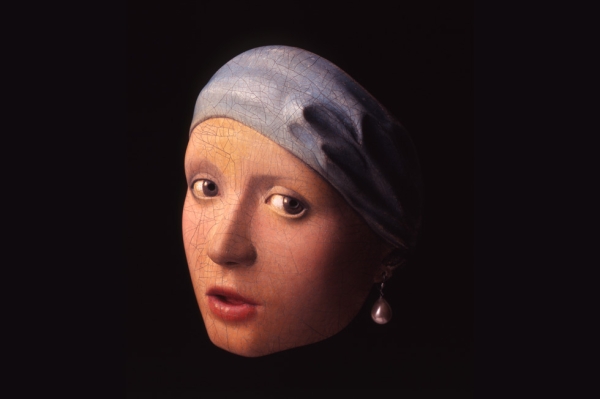 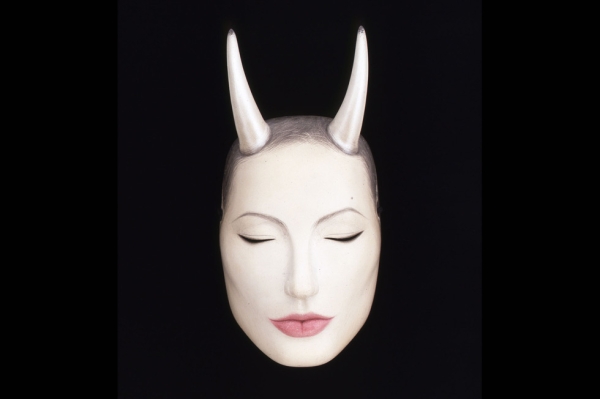 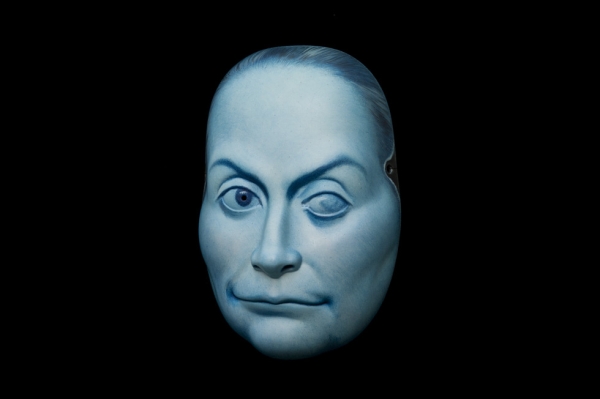 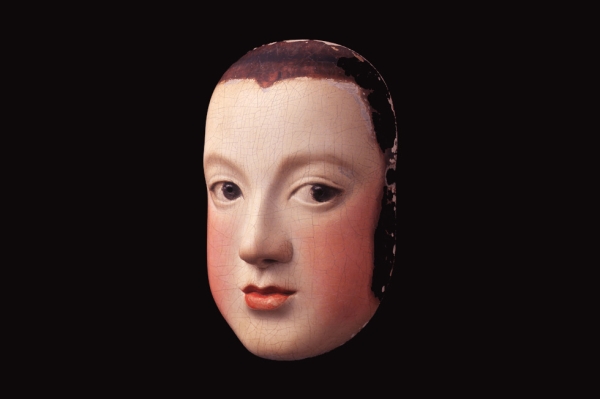 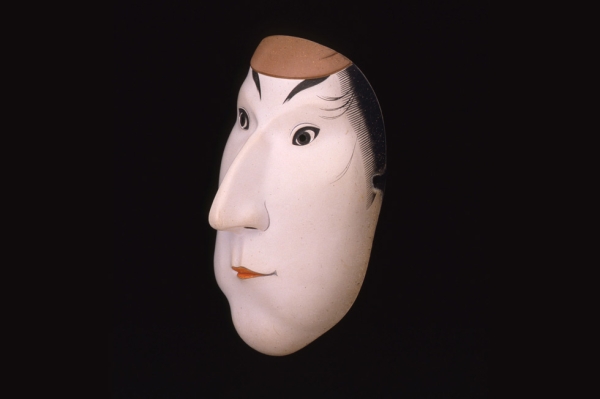 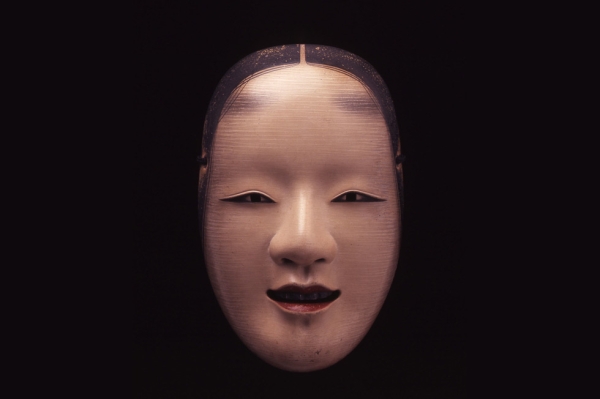 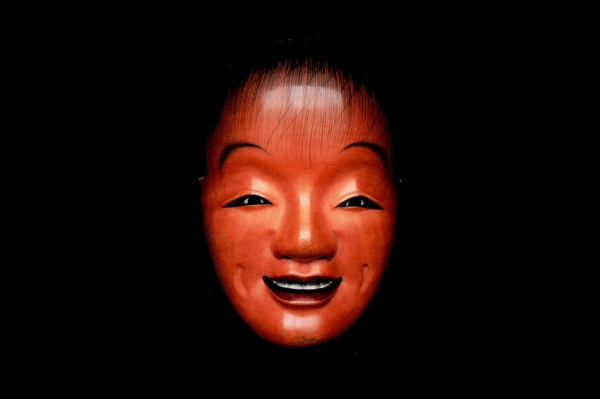 The human face has inspired artists around the world for millennia, and the mask provides a dynamic form for exploring issues such as cultural identity, gender, performance, and appropriation. But what happens when you combine traditional masks from Japanese theater with Western art and pop icons?

This fusion of art forms is on display at Traditions Transfigured: The Noh Masks of Bidou Yamaguchi, now on view at Asia Society Texas Center in Houston. Following is an introduction to the artist, his chosen craft, and his exhibition.

Noh is a 600-year-old form of classical Japanese drama with a focus on music and dance. Masks are a core element of Noh theater, enabling performers to depict a range of characters. Noh theater is deeply rooted in tradition, and both performers and artists attend Noh schools, learning from an existing repertoire of plays and texts.

Who is Bidou Yamaguchi?

Bidou Yamaguchi (b. 1970) is originally from Fukuoka, Japan. His interest in Noh masks was sparked during a post-college trip to the United States, where he first encountered Asian art in a Western context while visiting museums in several large cities.

After completing art school, Bidou was taken on as a pupil by master carver Gendou Ogawa, and worked on creating new masks for Noh performers and restoring older masks. Several years later, Bidou earned status as an official mask maker of the Hōshō school, or tradition. 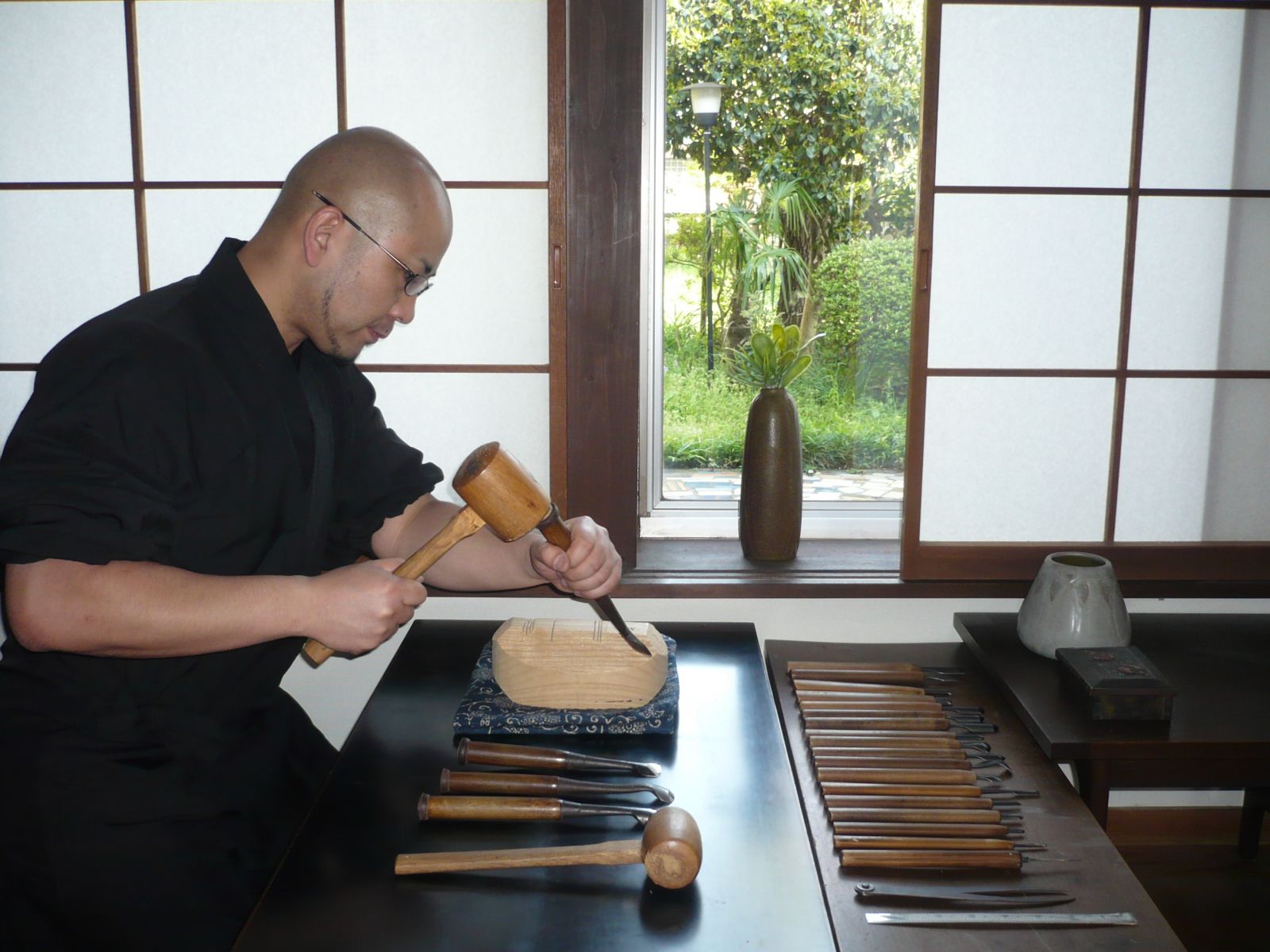 Bidou Yamaguchi demonstrates his carving. Courtesy of the artist.

Having mastered his craft, Bidou began depicting subjects beyond traditional Noh characters, including female faces from iconic European paintings, such as the Mona Lisa, Vermeer's Girl With a Pearl Earring, and Botticelli's Venus; modern icons such as Angelina Jolie; and characters from 18th-century Kabuki theater.

What's so unique about Bidou Yamaguchi's take on Noh masks?

"The appeal of Bidou's work is his ability to bring something so rooted in Japanese aesthetic tradition into the 21st century," says Bridget Bray, Curator and Director of Exhibitions at Asia Society Texas Center.

Bidou's art adds new dimensions to both Japanese and European artistic traditions. He expands beyond the conventions of Noh masks, bringing them into conversation with European art from the same time period. In turn, the European portraits are reinterpreted in three dimensions. Their subjects, such as Lisa Gherardini, have become so well known through only their images (the Mona Lisa), but are now given new "bodies," or transfigurations.

Bidou Yamaguchi's work uses the human face as a platform to bridge East and West, as well as past and present. By encouraging viewers to consider their masks and "roles," Bidou has created, as Guest Curator Kendall H. Brown described, "masks for plays yet to be written."

Update February 9, 2015: Asia Blog caught up with Bidou to discuss his work.

Could you share a bit about the initial inspiration behind your Mona Lisa piece, and what led you to continue incorporating European portraits in your work?

Bidou: I considered “What kind of possibilities does a traditional ‘Noh-mask’ contain? How do you expand this kind of tradition?” I thought, what could I do that would allow Noh to transcend beyond Japan into the wider world? I tried to find some way, and I made the Mona Lisa mask as one approach in finding that way. Traditional things are losing relevance in some instances. This is also the case in Japan. Noh and Noh-masks are at risk of being lost. I want to try and make works that forge a new direction, and help the masks to make a fresh start with a different audience. I thought that the “West” could open it up, beyond being only a thing of one community, such as Japan or Asia.

What are some of the challenges you face in bringing modern interpretations to a form so rooted in tradition?

Bidou: I am continually concerned with how I keep to a tradition, both in the formality of technique and materials, into the future. At present, I create the masks with traditional materials (wood, color, etc.), but may adopt modern subject matter depending on a theme or concept. Striking this balance is the challenge.

You’ve done quite a few exhibitions in the United States. What are some of the highlights from your time here?

Bidou: A highlight is hearing from the audience their impressions of my work. Each audience is distinct, and being present for openings or artist talks allows me to interact with visitors, and hear what they are thinking of when they view the different styles of works. Another highlight is seeing the interaction between the works and the spaces where they are displayed, which brings out their different qualities, than I might see in the studio.

With your work, what kind of dialogue do you hope to foster between Asia and the West? What advice do you have for museums looking to foster conversation on a global level?

Bidou: Not only have I shown Japanese-style works at this exhibition, but viewers also can see the tradition that is evolving through the fusion of East and West. I expect that the Asia Society Texas Center and other museums showing Asian artists will become a place of connecting artists, musicians and performers from Asian countries to the global audience. Asian cultural trends can become truly global, and museums can be that place of transmission to this broader audience. I do not mean a focus on exotic history, traditions and differences between East and West, but that we should learn that we have common values and conceptual understandings between East and West. I hope this can result in closer bonds between us.

Traditions Transfigured: The Noh Masks of Bidou Yamaguchi remains on view at Asia Society Texas Center in Houston through February 15. 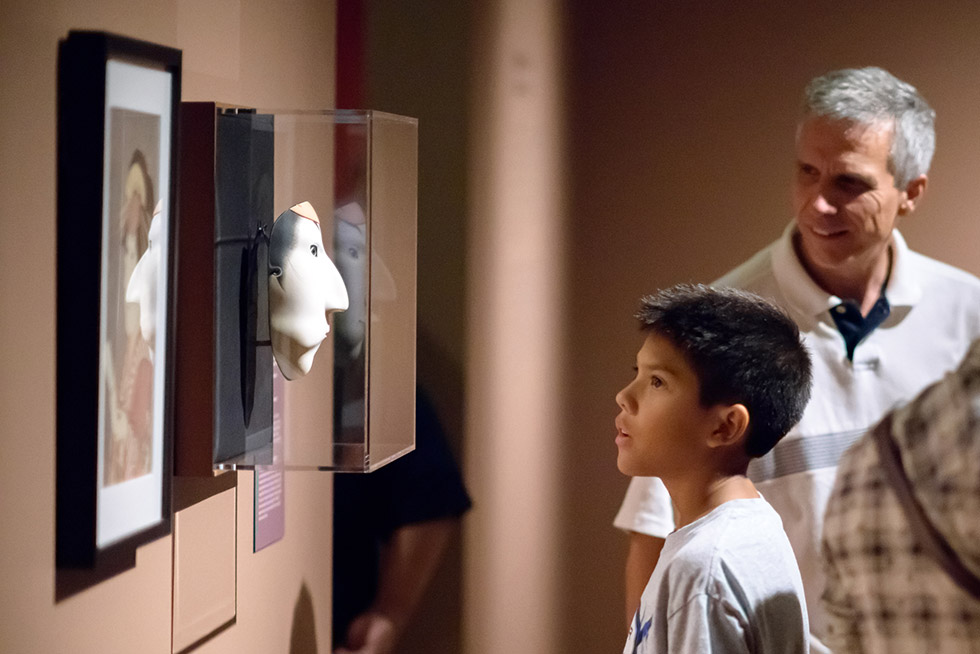 Visitors have been mesmerized by 'Traditions Transfigured: The Noh Masks of Bidou Yamaguchi,' on view at Asia Society Texas through February 15, 2015. (Asia Society)