Movie Review: How an American Became a 'Revolutionary' in Mao's China 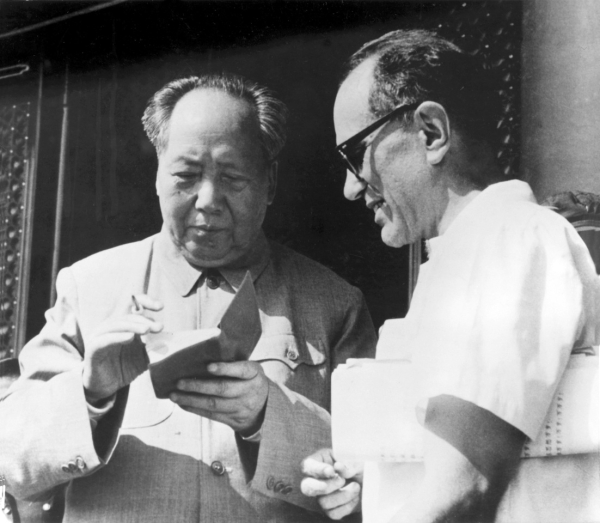 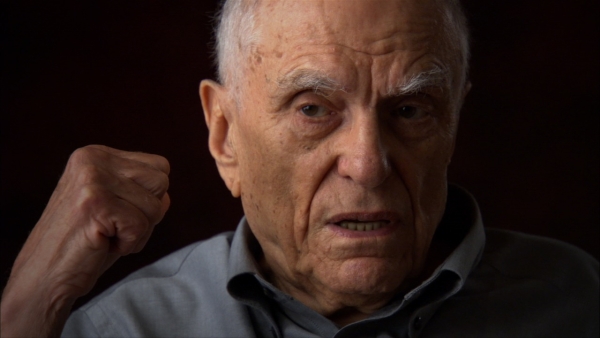 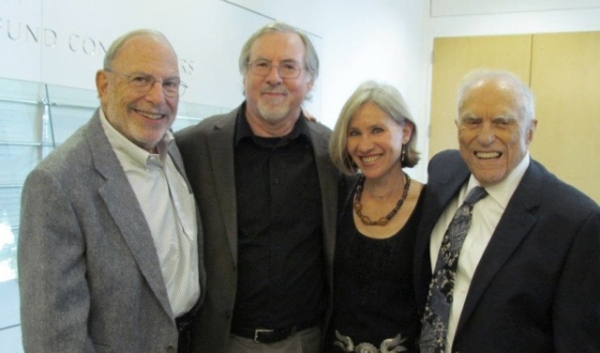 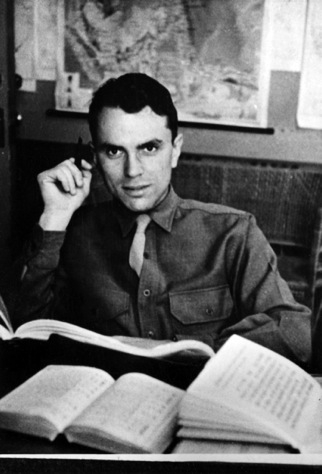 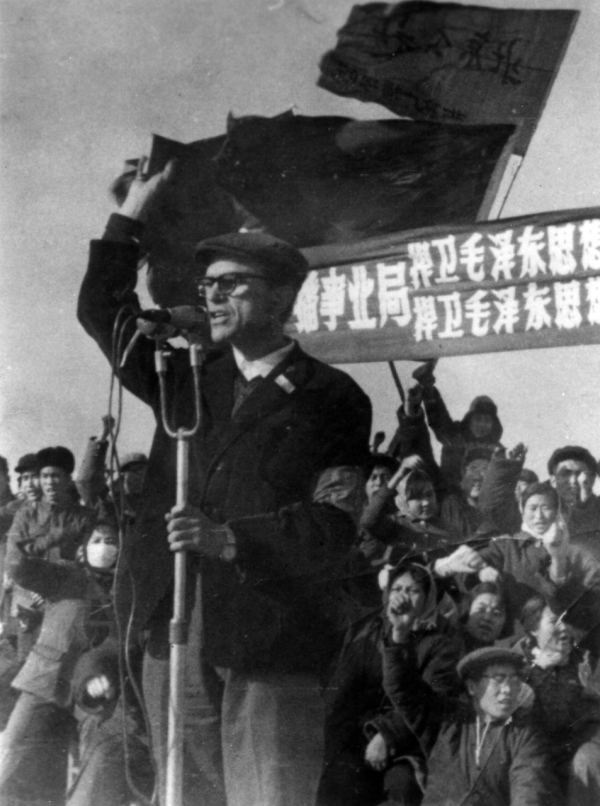 The Revolutionary, a new documentary that has begun showing on university campuses and at cultural centers, looks at the life of Sidney Rittenberg, a 90-year-old man who has had an extraordinary variety of experiences. Born into a well-to-do South Carolina family in 1921, he became a labor organizer while in college, began to study Chinese during a stint in the army, traveled to China soon after World War II — and didn’t come back to the United States for 35 years.

During his long sojourn in China, Rittenberg got to know Mao Zedong, Zhou Enlai, and other top Communist leaders and was granted the very rare distinction, for a foreigner, of being made a full-fledged member of the Chinese Communist Party. He also endured two long stints in prison, the first time (from late 1949 until 1955) as an alleged foreign spy and the second time (from 1968 until 1977) as a “counter-revolutionary,” the all-purpose charge against anyone targeted for criticism or punishment during the Cultural Revolution era (1966-1976).

Since returning to the United States in 1980, he has worked as a consultant to American businesses trying to understand what makes the giant and still nominally communist country across the Pacific tick, taught courses about China at various colleges and universities, and become a frequent media commentator on Chinese politics and culture. He also wrote an autobiography focusing on his China years, The Man Who Stayed Behind, which was published in 1993.

Despite having never read that book, I knew the basic chronology of Rittenberg’s life before seeing The Revolutionary. I had no doubt that the filmmaking team at Stourwater Pictures responsible for the documentary (Irv Drasnin, Lucy Ostrander, and Don Sellers, a trio who share producing credits) had found a subject who had led an extraordinarily interesting life. But I wondered if a film made up almost exclusively of excerpts from conversations with one person could hold my attention. It could and it emphatically did.

There are many things that make Rittenberg an appealing figure. His long prison stretches clearly didn’t sour him on life, or on China. Rittenberg tells stories of hard times from his first decade in China, especially of the loneliness and discouragement he felt during his first stint in solitary confinement, but he clearly relishes passing on upbeat tidbits from that same era, such as how popular Laurel & Hardy films were among Mao and his comrades in the days before they took power. He can’t help chuckling as he reminisces about the days when he enjoyed watching movies like that with some of the very people who, not long afterwards, would play a role in his imprisonment. 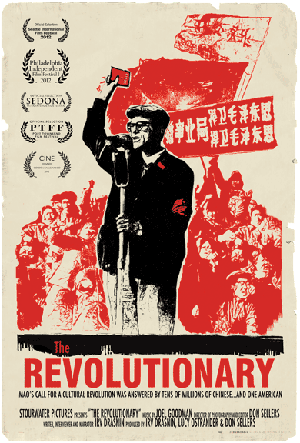 Also compelling is his readiness to admit having made many mistakes, including failing to protect friends who were singled out for harsh criticism in the 1960s, and indeed doing propaganda for the Cultural Revolution during its first months which contributed, if only in a minor way, to the increasingly militant tenor of the time. He neither skirts responsibility for playing a role in the madness of the moment, nor takes the other extreme position of rejecting everything about his youthful and middle-aged radicalism. Rittenberg still feels a connection to the core beliefs that led him to embrace China’s communist revolution in the first place, such as a hatred of mistreatment of the poor and an admiration for Mao’s early writing on transforming society.

For much of the film, the makers of The Revolutionary just let us watch Rittenberg and listen to him talk. (We only rarely see the face of Drasnin, who conducted the interview, or hear his questions.) But the film keeps us visually stimulated, cutting away from Rittenberg’s face periodically to historical photographs and propaganda posters from the time (these are used to particularly good effect). We also hear a bit from Rittenberg’s second wife, Yulin, a woman he met and married after his first prison stint and who stayed loyal to him during his second. His earlier recounting of their courtship — based on a shared love of eating food from street stalls, watching films, and arguing about politics and other things — is a charming break from discussion of the twists and turns of the Chinese Revolution that naturally dominates the narrative.

The film’s editing makes its feel as though we are spending a day with Rittenberg in a small group setting, as he tries to help us understand what he did and what was done to him during his time in China. We also gain some sense of why he made certain choices, such as to stay in the country in 1949 when many Americans, even sympathizers with the revolution, left, and why he continues to feel that Mao should be seen as a combination of great hero and “great criminal.”

Despite my admiration for the film, I would have liked to see the filmmakers press Rittenberg on two subjects. One relates to his past, the other to his present.

The part of his past I felt deserved more attention was the opening months of the Cultural Revolution, a period characterized by mass denunciation, rallies, and battles between rival youth groups, each claiming to be Mao’s only true disciples. This was a particularly dramatic period in Rittenberg’s story, when he became, briefly, a national celebrity, as the foreigner championing the radical cause in his speeches and writings. Rittenberg defended the position, also embraced by the Red Guards, that only the most fervent followers of Mao deserved to be seen as genuine revolutionaries and patriots. During the months before his second imprisonment, he denounced some other foreigners living in Beijing for being insufficiently radical, led political struggle sessions within China Radio International (the organization that employed him), and wrote a long essay for People’s Daily.

The Cultural Revolution is not just of enduring interest, due to its complex nature and tragic human costs as it spiraled into bloody street battles and witch hunts of the sort that resulted in Rittenberg’s second prison term, but is also of topical concern just now. Invocations of and parallels to the event have figured in the biggest Chinese political story of the year, the purge of the charismatic Chongqing leader Bo Xilai. Bo has been accused by his enemies of having done things that had the potential to hurtle China back into the sort of chaos that hobbled it during that traumatic era. And yet, ironically, the way in which Bo and members of his family have been criticized echo denunciation strategies of that time. There are even eerie similarities between the mid-to-late 1970s demonization of Mao’s wife, Jiang Qing, a woman who figures centrally in Rittenberg’s tale, and the recent treatment of Bo’s wife, Gu Kailai, a lawyer and businesswoman accused of murdering an Englishman who allegedly threatened to expose her shady financial activities.

What exactly is lacking in the documentary’s treatment of the Cultural Revolution? The period was so complex that is a hard to do justice to it in a book about nothing else — though Richard C. Kraus does a stunningly good job in his learned, succinct, and elegantly written The Cultural Revolution: A Very Short Introduction, just published by Oxford University Press — let alone in a film that covers multiple periods. What was missing was a deep enough exploration of Rittenberg’s readiness to take part in the escalating frenzy of political persecution, despite having witnessed and indeed having been victimized by earlier waves of radicalism. His situation, in that sense, was very different from that of the participants in the Cultural Revolution whose motivations and psychology have received the most attention to date: the Red Guards.

The most compelling memoirs by onetime Red Guards, such as Rae Yang’s Spider Eaters (University of California Press, 1998), often approach the issue in terms of religion, re-enactment, and lack of experience. They present themselves as naïve true believers, who were socialized from birth to think that they had missed out on one great holy quest — the Revolution that brought the Communist Party to power in 1949 — and had an intense desire to be part of something similar. When Mao called on them to rally behind him to protect the revolution from reactionary forces (essentially rival leaders within the Party who had edged him aside), they were primed to spring into action.

This explanation of youthful passion and folly fits in with comments I heard during my first trip to China in the mid-1980s, when some people I met on university campuses said that they thought of the Cultural Revolution as similar in many ways to the fundamentalist surge in Iran, in which youth inspired by a charismatic prophet figure had played a leading role. The notion that Red Guards wanted to act out a drama from the past that they had been born too late to be part of also comes through in the Long Bow Group’s excellent Cultural Revolution film Morning Sun (2003, produced and directed by Carma Hinton, Geremie Barmé, and Richard Gordon), which includes interviews with former Red Guards and footage of pilgrimages young militants took to retrace the steps of participants in the Long March of the 1930s.

But Rittenberg was no callow teenager. He had not gone on the Long March, but he had taken part in key pre-1949 stages of the revolution and he was not inexperienced. A religious explanation could still work. Fundamentalist struggles are sometimes joined by longtime believers who feel that a cleansing process is needed to rid a religion of impure elements. It would have been valuable, though, if Rittenberg could have delved into or been pushed more on whether this or some other dynamic was involved in his making the decision he later regretted to serve as a mouthpiece for militancy.

The other issue I would have liked to see explored could only have been pursued if the filmmakers had been a bit less in awe of their subject. Namely, I would have enjoyed seeing how Rittenberg would have responded to being asked what he makes of the fact that there are now just two prominent people alive that American CEOs go to when they want advice on China from a Westerner who had a personal relationship with legendary figures like Zhou Enlai and Mao. Would he be outraged or find it amusing to be told that, in this regard, he, a onetime radical labor organizer in the American South, is now in a club whose only other member is Henry Kissinger?