Metzl on CBS News: Tough Conversations Ahead for Biden in China 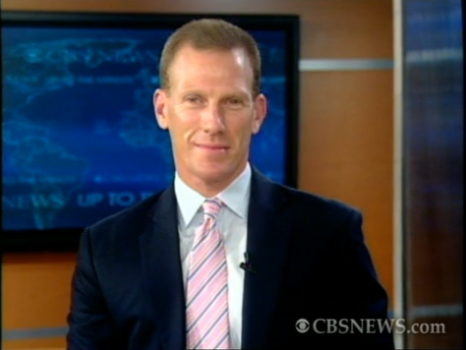 The trip comes at a critical time in U.S.-China relations. "With the world economy on the ropes, the United States wants China to float its undervalued currency, respect intellectual property rights, and increase domestic consumption. Fearing the destabilizing impact of rising inflation, the Chinese are desperate to prevent a further round of U.S. quantitative easing and the flow of ‘hot money’ into China," Metzl said.

Apart from raising concerns about the well-being of the U.S. economy, Metzl said China's leaders will likely seek assurance from Biden that the U.S. will not sell more F-16 fighter jets to Taiwan. "Add growing tension in the South China Sea, reports of extensive Chinese hacking into sensitive U.S. computer systems, and a recent Chinese crackdown on internal dissent into the mix, and the stage is set for some tough conversations,” he added.

Biden's trip also comes at a critical time in China's leadership. A key goal of the mission and a preliminary indicator of where the U.S.-China relationship may be heading will depend on the personal relations between Biden and Vice President Xi Jinping, China's presumed future leader.

"Because the two countries have such a strong shared interest in fostering global economic growth, stability, and security, Biden and the Chinese leaders will work hard to identify areas where the United States and China can work more closely together."

Jamie Metzl, who is based in New York, previously worked for then-Senator Biden at the U.S. Senate Committee on Foreign Relations. Follow him on Twitter.