Malala Yousafzai: The Taliban 'Are Afraid of Women' 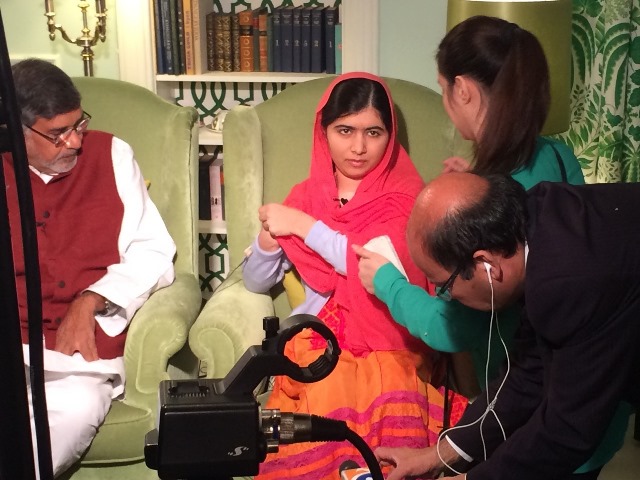 Yusra Sami Askari, an Asia Society Asia 21 Young Leader and Pakistan correspondent for New Delhi TV, was in Oslo earlier this month to cover Malala Yousafzai’s Nobel Peace Prize award ceremony. What was meant to be a “celebratory piece,” however, was overshadowed by the tragedy in Peshawar, where Taliban militants killed more than 130 students of the Army Public School and College.

In a piece for the Daily Times of Pakistan, Askari reflects on a week that, news-wise, “has been nothing but surreal.” Noting the similarities between the Taliban's attack on Yousafzai and the shooting in Peshawar, Askari writes:

This 17-year-old’s courage is second to none as is her vision. The clarity of Malala’s thought and discourse is well beyond her tender years, and her determination speaks volumes for itself. The question remains, will those who govern Pakistan and those who draft national policy find such direction within them, and unite in this war against terror?

Malala’s story and the tragedy that unfolded in Peshawar tell the tale of a people intimidated by terror, living in fear. The world’s youngest Nobel laureate disagrees. The Taliban are “afraid of us”, believes Malala. “They are afraid of women. A woman is powerful, but when she gets an education, she becomes even more powerful”, she elaborates. This past week has only served to reinforce, that it is not just women but also children that the Taliban view as a threat and target heartlessly.

The atrocities of the Taliban that Malala witnessed as a child, the almost fatal attack that nearly killed her and the Taliban’s desire for revenge against her that forced her and her family out of their home, serve as a stark reminder of the challenges Pakistan is faced with.

For the full piece, visit the Daily Times.