Is Kim Jong Un a Geek, a Nerd, or a Dork — or Perhaps the Sexiest Man Alive? | Asia Society Skip to main content

Is Kim Jong Un a Geek, a Nerd, or a Dork — or Perhaps the Sexiest Man Alive? 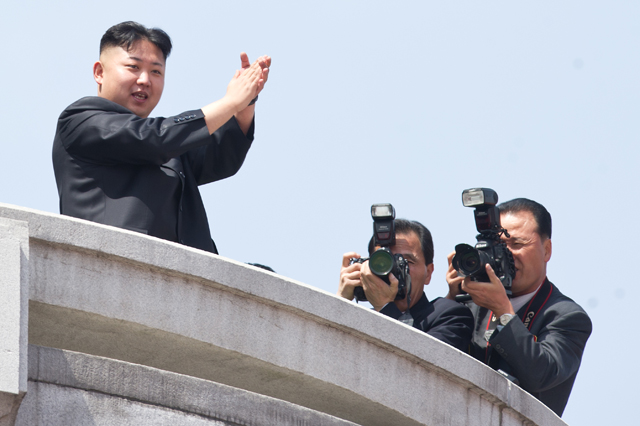 When my wife, a native Korean speaker, began to laugh at Seinfeld, I knew she had reached a peak in her English language skills and understanding of American, specifically New York, culture. Humor is a difficult thing some would say the most difficult thing to translate. This is one of the unfortunate reasons that Hollywood produces such awful movies: explosions and car chases translate a lot better across linguistic and cultural boundaries than do wit, sarcasm, or subtlety.

So it was little surprise to me that when the satirical publication The Onion announced North Korean leader Kim Jong Un as their choice for "Sexiest Man Alive," some in the Chinese media failed to get the joke. The online version of the People's Daily ran the story as straight news, translating literally from the English original, and has been lambasted in the U.S. media for taking it seriously. The Onion has now even touted the People's Daily as a "Communist subsidiary of The Onion, Inc." on their website.

In some ways, it's not exactly fair to criticize. Looked at literally, the language in The Onion piece is pretty straightforward. And after all, Kim Jong-un is the first North Korean leader whose wife has been featured prominently in the media for her beauty and grace, so at least one attractive woman likes his style!

It's an understanding of the broader context that seems to be lacking here. Taking language literally is something that happens all the time. I remember a former student of mine who wished to describe himself as a "hard worker" in a Chinese language essay. He went straight to the dictionary and found the word for "hard" and the word for "worker" and described himself as a 坚硬的劳动者 , essentially a rock-hard (as if he were made of steel) laborer, like something out of a Marvel comic book, which said nothing of his diligence and work ethic.

There's even a famous story about an American official who, speaking through an interpreter, complimented his Chinese counterpart for having a beautiful wife. The Chinese official responded with a common display of Chinese modesty and humility said, "where, where?" This is a typical, if now somewhat quaint and antiquated (you won't hear this from a Chinese teenager!), reply to a compliment, meaning something like "where can you see this great thing you are saying about me?" The American, after wrinkling his brow for a few moments, declared "from head to toe."

Sad to say, I've even fallen into this trap myself. Presenting in Chinese at a conference about five years ago, I caused havoc by referring to a short video that my wife and I had produced as a 小电影, or "little movie." Thinking literally, my meaning was a "short, simple film," but what I didn't realize at the time was that this was also a colloquial term for pornographic films. The audience, mostly linguists and language teachers, then launched into a discussion of whether or not what I had said was incorrect or offensive, or whether my words were accurate and could only be misconstrued by those in the audience with dirty minds. I can tell you that I have been extremely careful about doing lengthy presentations in languages other than my native tongue ever since!

I had a most interesting conversation at a conference a couple of years ago around the words "geek," "nerd," and "dork." A colleague challenged us to define the differences in usage among these terms and the native English speakers among us had the most difficult time trying to articulate those. After a protracted discussion of examples, linguistic semantics and pragmatics, he finally revealed to us a legendary Venn diagram that shows the different meanings represented by each of these terms: 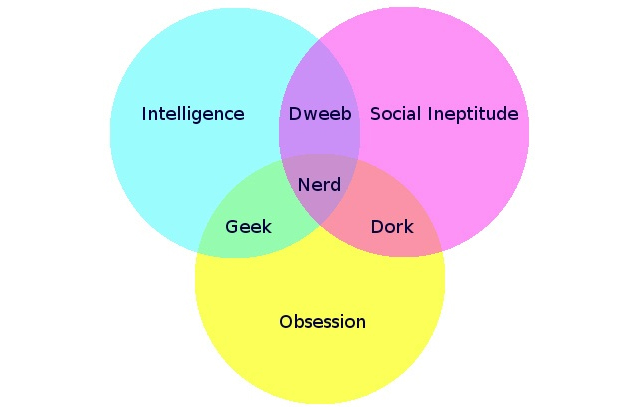 If the People's Daily editors had taken the language of The Onion piece a bit too literally, perhaps we hadn't been taking our own words literally enough!