The Key to Myanmar's Development Could Be Its Diaspora 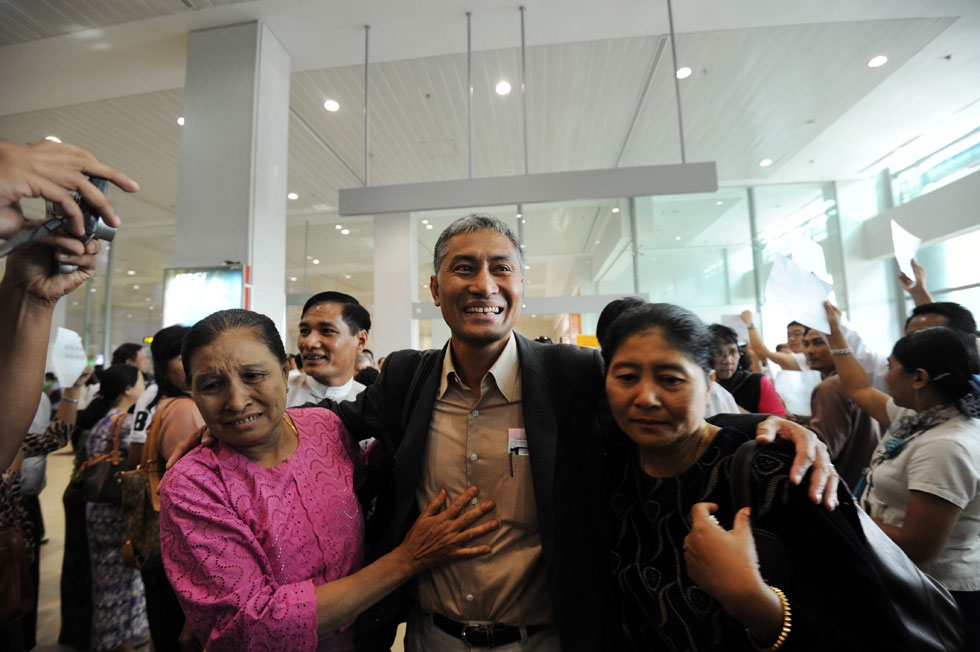 “Suppose you have a friend, but that friend never shows up for lunch when you invite him,” Than Phyo, a Burmese immigrant and math teacher living in New York City told me. “That’s how our relationship with the Burmese government has been.”

The Burmese diaspora, which has been a vocal critic of Myanmar’s government for alleged human rights abuses and mismanagement of the country's economy, has long been marginalized by authorities.

Yet even with Myanmar's opening in recent weeks, media outlets, echoing the sentiment of the powerful international donor community, have focused more on the role of global development institutions than on what Myanmar’s expatriates could constructively contribute to the country’s development.

In spite of the diaspora’s relative marginalization, a number of experts urge Myanmar’s government to reach out to its nationals abroad, not simply because of the risks posed by a massive and haphazard influx of development assistance, but because of the skills and local knowledge that its former inhabitants can offer.

As the New York Times highlighted in a February article, “Now that the Myanmar government is earning plaudits for its program of reforms, hundreds of dissidents living abroad may need career counseling.”

A multi-pronged approach is particularly important, as Adam McCarty, an economist based in Southeast Asia, warns that Myanmar may be swallowed by an international “feeding frenzy." “Donors will still have far more they want to spend in Myanmar than can be absorbed in any useful manner,” he said.

Enter Myanmar’s diaspora. Numbering approximately 100,000 in the U.S., and in the millions in neighboring Thailand and Malaysia, overseas Burmese could play a constructive role in ameliorating concerns about how international aid funding will be used in the country.

For one, their understanding of Myanmar’s languages and cultures could facilitate a better understanding of the economy, of local needs, of entering into business dealings free from the threat of corruption. With millions of dollars poised to enter the country, knowing where the money is going and ensuring it is put to good use, will be critical.

Further, the propensity for international organizations and NGOs to pluck the cream of Myanmar’s limited, skilled employment sector into their ranks, will leave government agencies void of necessary talent. David Steinberg, writing for the Asian Development Bank Institute’s blog, shared a similar caution. “As foreign assistance and businesses come in and operate, local governmental departments, organizations, and businesses may be diminished,” he wrote.

Some of these jobs, whether in the government sector or in the development community, could be taken by overseas Burmese returning from abroad.

But it is not only within Myanmar’s geographic borders where the diaspora can be useful. Ivan Small, an anthropologist based at Cornell University who has studied Southeast Asian diaspora groups extensively, says that diaspora members can raise funds for much-needed initiatives in the country. “Engagement is a favorable approach for Myanmar and one of the best ways to catalyze diaspora work in the country is to encourage and support this group to return through volunteer opportunities," he said. "When diaspora members gain first-hand experience on the ground, they are able to effectively mobilize and channel overseas funding for projects.”

But Small also warns that engagement with Myanmar’s diaspora faces its own challenges. “The educated diaspora tends to be comprised of political refugees, and therefore has been historically less inclined to engagement with the post-1988 Myanmar regime," he said. "The diaspora members with less of a political agenda tend not to have technical skills or access to educational opportunities.”

Because Myanmar’s overseas community is not only educationally, but also ethnically, diverse, to rely on it entirely for the country’s development wouldn’t be a feasible strategy. Therefore a middle ground between aid-institution-led external intervention and diaspora involvement could be found.

A balanced approach is especially important early on in the country’s international engagement, when the institutions necessary for developing human capital internally are still suffering from decades of neglect and therefore lack the capacity to field a well-trained workforce.

Even though Myanmar’s government suffered from a distrust of all things foreign, including its diaspora, overseas Burmese like Than remain cautiously optimistic about the government’s recent changes and opportunities he and his overseas compatriots will have to intervene. “Everybody wants to return to their place of birth," he said. "The government has announced that everybody is welcome back. The only question is whether the government will follow-through with their commitments.”

With this week’s news of Myanmar preparing to float its currency, the government has shown that it is prepared to stand by its commitment to international integration and the government would be prudent to ensure its diaspora is part of that equation.