Interview: Why Business Leaders Should Take a Big-Picture View of Trade Policy 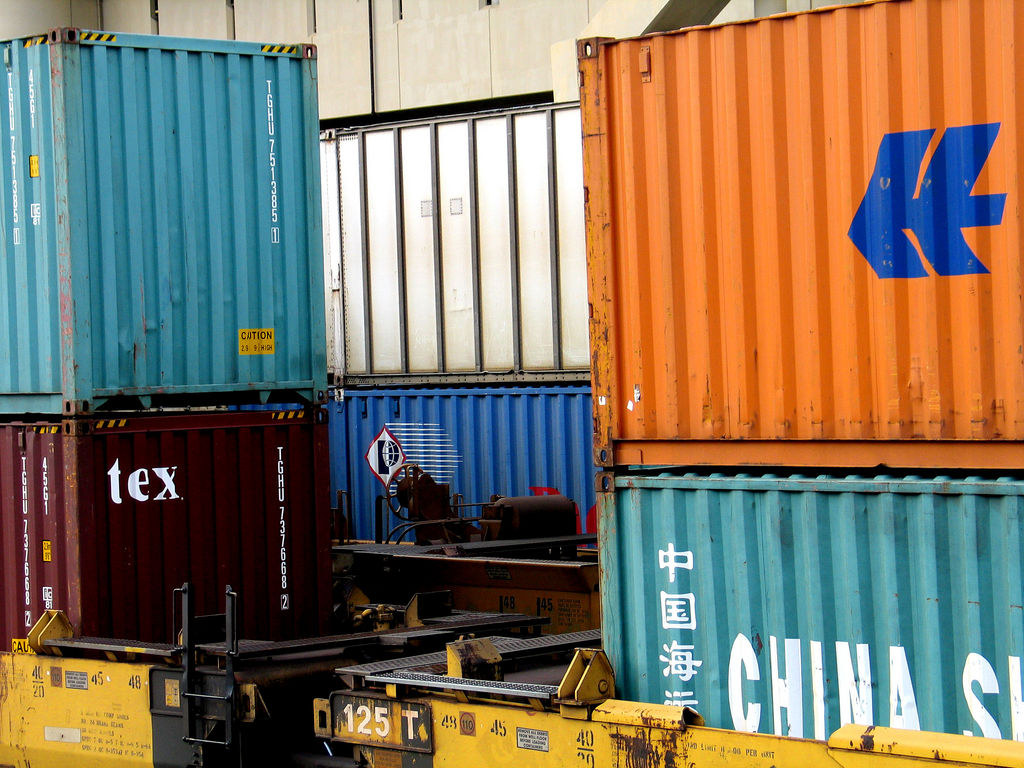 Shom Sen recently joined Asia Society as the first Jack Wadsworth Fellow. During his fellowship, Sen will focus on two key areas: U.S.-Asia trade relations; and food safety and innovation. In this exchange with Asia Society, Sen shared his views on why business leaders should follow international trade negotiations — even on issues that do not have near-term implications for their companies — and on how Asia's business landscape and role in the global economy have changed over his career.

Sen was most recently Assistant Deputy Minister at the Ministry of International Trade in the Province of British Columbia, Canada, with responsibility for international market development, trade strategy and policy, investment attraction, and export development. Previously, he was Vice President of Strategy and Business Development for Kraft Foods, Asia Pacific. He has also held senior positions with Royal Dutch Shell and Sara Lee Corporation in Asia and the United States.

You have spent half of your 25-year career working on or thinking about issues related to the Asia-Pacific region. How has the Asian business landscape changed over that period?

When I moved to Asia in 1998, I arrived in the middle of the Asian financial crisis. There was a high degree of economic and social uncertainty, and there were definite concerns about when a turnaround would happen. The general mindset was quite negative as many expatriates were being transferred out of Asia, and our arrival was met with some surprise as a result.

The changes I witnessed over the next decade took place at incredible speed and affected nearly every aspect of society and the economy, from rapid urbanization to huge investments by multinationals. I recall going to Shanghai for the first time in 1998 and seeing a supermarket parking lot full of bicycles. A decade later, the car market was growing at a remarkable pace, business was booming, and the skyline was unrecognizable. Despite global downturns, Asia retained a sense of optimism and renewal. What was especially interesting is how quickly the economy would boom, then bust, then recover. When Asia came out of the financial crisis, it went straight into the Internet boom, and back and forth it went.

How has Asia's role in the global economy changed?

The obvious shift has been in manufacturing to Asia, with Asia exporting US$4.4 trillion of manufactured goods, or 38% of the world's total in 2012 according to the WTO. What is perhaps more interesting is the importance of domestic markets in Asia and the rise of the Asian consumer. China, for example, has now overtaken the U.S. as the world's largest car market, and American companies like GM are investing heavily. In India, the number of mobile phone subscribers has increased from roughly 2 million in March 2000 to 873 million in June 2013, making it the world's second largest mobile phone market in just over a decade. The size of the consumer opportunity in Asia is huge and business is paying attention.

As Asian markets have grown, the level and extent of innovation across Asia has increased significantly. Longtime innovation powerhouses like Japan and Korea are still making major contributions, but more Asian countries have developed a capacity for innovation, usually based on their distinctive characteristics. Frugal innovation, for example, is being practiced in India to reduce the complexity and cost of products.

While Asia has long been an export powerhouse, individuals and institutions in the region have become much more active in outbound foreign direct investment. Examples include Tata (India) buying Corus Steel, Jaguar/Land Rover, and Tetley Tea in the UK; Geely China buying Volvo; and Shuanghui acquiring Smithfield in the U.S. In fact, Tata is now one of the largest private sector manufacturing employers in the UK. According to the UN, outbound FDI from Asia was a bit above US$300 billion in 2012, accounting for a global share of 22%, a level similar to the EU. Things have come a long way, considering that FDI from Asia in the 1980s and 1990s was negligible.

How do you think the Asian business landscape has remained the same?

Despite Asia's greater integration with the global economy, Asian countries' unique business cultures have remained largely intact. Approaches to doing business do vary significantly among countries, thanks to underlying cultural differences and to the divergent pathways in industrial development: for example, dealing with the complex retail environment in India, understanding the importance of government relations in China, or meeting the exacting product standards in Japan.

Relationships continue to be critical to doing business in Asia. It takes a significant amount of time to build trust with Asian business partners. I recall a European company with a number of highly successful joint ventures that ran into difficulty with its partners shortly after a new European leader came in to lead the company's Asian operations. The prior leader, also a European, had built long-term relationships with these partners. But the new leader didn't devote enough effort to maintaining those relationships, and they quickly unraveled.

Part of your fellowship will be devoted to analyzing international trade issues that are at play in Asia. Why should business executives pay attention to big-picture trade issues that might transcend their industries or markets?

Major trade agreements can create tremendous opportunity. One example of this is the recently negotiated Canada-European Union trade agreement, which will eliminate 98% of tariffs. Businesses conducting trade between the two geographies will be able to take advantage of the agreement to improve their profitability due to these tariff reductions. From Canada's perspective, a joint study of the economic benefits conducted in advance of negotiations found that bilateral trade could be increased by 20%. Canada, a country with a population of 35 million, will now have preferential access to the more than 500 million consumers in the EU, the world's largest economy.

Another example of a significant trade pact is the U.S.-Korea Free Trade Agreement, which came into effect on March 15, 2012. Following this agreement, nearly 80% of U.S. exports to Korea of consumer and industrial goods are now duty free. The tariff cuts alone are estimated to drive an increase in U.S. exports of roughly US$10 billion.

Representatives from 12 American and Asian nations are busy negotiating the Trans-Pacific Partnership. What is at stake in these negotiations?

The Trans-Pacific Partnership (TPP) negotiation aims to finalize a trade agreement among a number of countries in Asia, North America, and South America. In 2011, the broad outlines of an agreement were penned by nine nations: Australia, Brunei, Chile, Malaysia, New Zealand, Peru, Singapore, Vietnam, and the United States. Canada and Mexico joined the TPP negotiations in October 2012 and Japan was welcomed in April 2013. These 12 TPP countries account for a combined GDP of US$27.5 trillion — about 40% of world economic output and a market of 792 million people. The U.S. Trade Representative has said that the TPP is the cornerstone of the Obama Administration's economic policy in Asia.

What are some geopolitical aspects of the TPP negotiations?

Neither China nor India is part of the negotiations. Chen Deming, China's Minister of Commerce, recently told China Daily that China's entry into the TPP depends on whether the U.S. welcomes China. I think this demonstrates that the TPP is consequential not only because an agreement will create new trade opportunities, but also because it provides the U.S. with a means of forging closer ties with important countries in Asia, both existing partners and countries with which the U.S. could have stronger relations.

Even the bilateral agreements that the U.S. has focused on, such as the U.S.-Korea Free Trade Agreement, go beyond pure economic benefits. The U.S. Trade Representative notes that the agreement only strengthens the economic partnership but also helps to "solidify the two countries' long-standing geo-strategic alliance."

A successful negotiation of the TPP would not only serve to strengthen U.S. relationships with existing long-term Asia-Pacific partners such as Australia, Japan and Singapore, but also with potential future partners, where the U.S. could continue to play a central role. A failure to achieve an agreement however, would be a major setback for the U.S. especially since it has been so vocal in its desire to conclude the negotiations. In the absence of a TPP agreement, regional trade blocs could also grow stronger, and thereby make it more difficult for the U.S. to deepen its engagement with Asia. The Association of Southeast Asian Nations has already started to cooperate with three additional countries — China, Japan, and Korea — and the U.S. faces the possibility of being left out as Asia becomes more integrated.