Interview: Why Asia Needs to Do a Better Job Protecting its Cultural Heritage Sites | Asia Society Skip to main content

Interview: Why Asia Needs to Do a Better Job Protecting its Cultural Heritage Sites 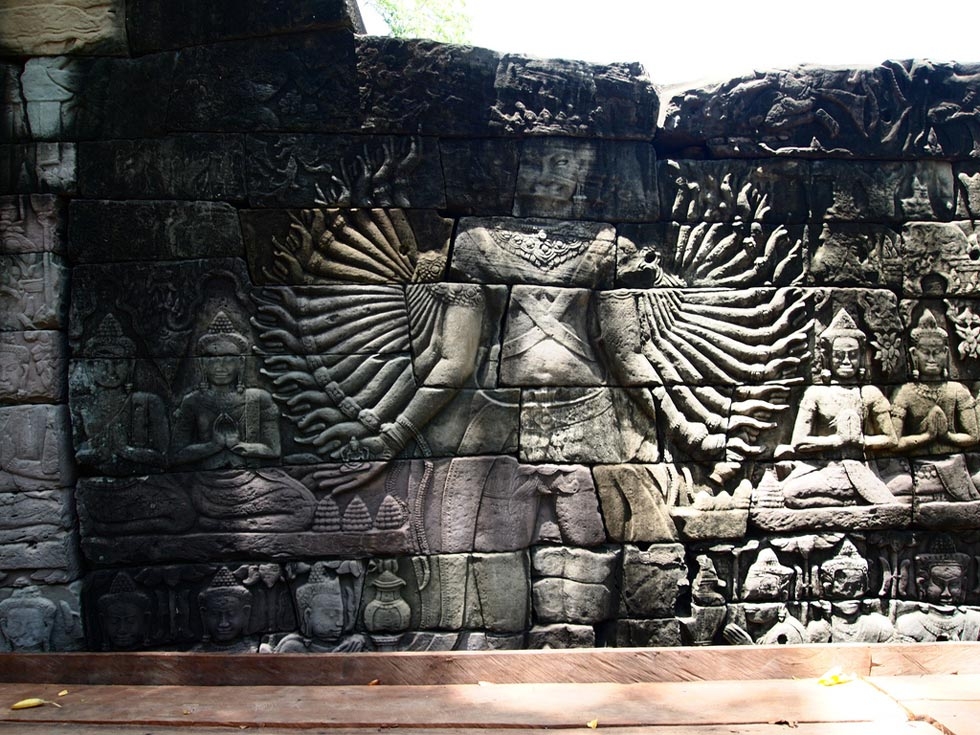 On Thursday, May 3, the Global Heritage Fund and Asia Society New York will bring together experts in heritage conservation, international development, and economics to explore the challenges facing Asia's most important and endangered heritage sites. Their efforts are not just about revitalizing cultural heritage sites such as Cambodia's Preah Vihear and China's Kashgar, but helping poorer countries create economic growth through tourism, says Global Heritage Fund Executive Director and Co-Founder Jeff Morgan.

Since its inception in 2002, the Global Heritage Fund has worked to make 14 heritage sites in poor countries sustainable drivers for economic growth, Morgan says. But there are still some 500 sites that qualify for development efforts. These sites raised about $24 billion this year, and are forecast to generate approximately $100 billion by 2025, according to Morgan.

You work on projects around the world. Why is Asia a particularly important region for developing sustainable cultural heritage sites?

The region represents a perfect set of examples of the different situations facing heritage sites today. You’ve got great success stories, but there has also been a massive loss of heritage sites in the past decade.

Take Chongqing, China, where you had spectacular cultural heritage right along the river. That’s all been torn down to make high rise buildings. You could have kept that heritage area and put the new city development a mile away —then you get both benefits, as opposed to just one. Now Chongqing is less of a cultural tourist destination, which is a loss to the city.

Tourism in Asia is not just international anymore. It’s domestic and regional. For instance, there are more Chinese going to Angkor Wat now than anyone else. If you go to Lijiang, China, you have about 10,000 local visitors contributing to the tourism industry.

How can tourism be such a large driver of economic growth?

Tourism is the fastest growing industry in the world, and in developing countries it’s exploding.

Take Vat Phou in Laos. That was once an unknown site. But six or seven years ago, we restored the main roads to the temple there and started working to develop tourism. There were about 12,000 visitors a year when we started out, and today there are around 250,000 visitors.

Things are changing so fast. The question is: How can we maximize the benefits for the country in heritage development? What we’re trying to do is come up with new models which scientifically protect sites better than in the past, as well as create the maximum benefits for local populations.

Why are heritage sites in developing countries the most at risk?

In developing countries, you sometimes have a lack of good governance.  You find examples where there is limited power to protect the sites. You’ve also got encroachment and looting.

Furthermore, in developing countries the growth rates are much higher, so if you don’t have a good plan, the sites get overwhelmed. The places get destroyed. You have examples in China where you have a temple and then you build these high rises right next to it. You’re losing the cultural value of the site, but you’re also losing economic value. It may not be apparent today, but five or 10 years from now it will be.

Why not put money into more traditional development areas such as food programs or education?

There are two things that are really interesting about cultural sites, which is that unlike large areas such as the Serengeti or the Amazon, they generally take up only a kilometer or two of space. So I can focus my energy on a fairly small area and get huge economic benefit. How do you protect the Amazon? It’s very hard. But the value of these heritage sites in developing countries is so high that we can turn a few keys, make fairly small investments, and the economics make the site sustainable.

What’s more, the sites have global significance, and they create national pride. So the value is beyond just their economic value. This is heritage, the very essence of a country’s existence.

How do you convince local populations that these sites are worth investing in?

The bottom line is that people need to make money. You have to show that there’s a livelihood created from the tourism industry and that there’s not a fence around the place keeping local communities out. The population has to be part of the program.

Most of the sites today are in rural, poor communities. So there are two major benefits. One is we’re increasing income and jobs in the area. Two, we’re also diversifying industry in the area to create better job security. These areas have floods and they have droughts that decimate industries. When there’s a disaster and you don’t have anything else to fall back on, these heritage sites can really provide strong economic security.

Our goal is to get leaders in the world to realize how important heritage is to development. We want them to see that these sites provide a roughly $100 billion opportunity in the near future and they can directly tie into the United Nations' development goals. For example, cultural heritage could be a third of Cambodia's Gross National Product if managed properly. But if managed poorly, it will be 5 percent of its GNP.  There is a huge opportunity lost if you don’t manage these cultural sites well and invest in them.