Interview: Vietnamese-American Poet on Challenging the 'Dominant Discourses Regarding Race' in the US | Asia Society Skip to main content

Interview: Vietnamese-American Poet on Challenging the 'Dominant Discourses Regarding Race' in the US 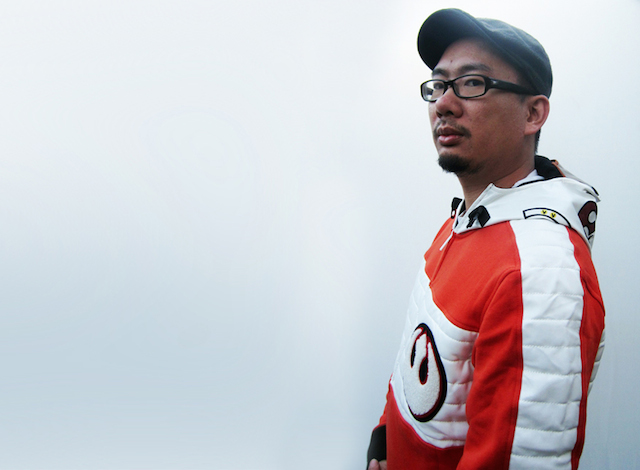 Spoken artist, poet, and social activist Bao Phi moved from Vietnam to South Minneapolis as a child. A two-time Minnesota Grand Slam champion and a National Poetry Slam finalist, he has been called the “bard of Vietnamese America.” His first published book of poems, Sông I Sing, is a raw exploration of race, immigration, urban life, and community. Phi is currently Program Director at The Loft Literary Center in Minneapolis, where he creates programs for artists and audiences of color. Asia Blog caught up with Bao Phi via email.

What was your experience growing up in South Minneapolis, one of the most diverse cities in the U.S.?

Well, I grew up as a refugee from the Vietnam War in Phillips, which was at the time Minneapolis's largest, most racially diverse, and economically poorest neighborhood. Added to that, Vietnamese refugees were the first big and highly visible Asian population to congregate in the Twin Cities. On top of that, I was a nerd who loved books.

I used to walk to the Franklin Avenue library all the time, which is the same corridor where the American Indian Movement started in the mid-70's. Growing up there, well, let's just say I grew up as the youngest watching my older siblings try to negotiate New Wave culture, which seemed very Vietnamese, while the neighborhood around us was a reflection of the economic devastation brought on by Reaganomics and the urban problems therein.

There was also a lot of ill will, it seemed, coming from everyone and everywhere — the local newspaper said Vietnamese people were stealing people's pets and eating them, folks on the street shouting "go back to where you came from" or "my relatives died fighting in your war" — all of that stuff. And I was the youngest so I felt like an observer for much of it, except for those many times I was running my ass off to get away from bullies and kids shouting racist epithets at me.

But you know, there were good times too. Friends of all races and genders, learning how to play Dungeons and Dragons, skateboarding and basketball, learning to respect how hard my parents had it. For local folks reading this, picture it this way: refugee Vietnamese family playing tennis at "Cockroach" Park. 'Nuff said. My experience growing up would fill a book, I think, so I'll just say it was complicated.

I've always loved books, but I didn't really get into poetry until high school. I went to South High and was lucky to have a grip of really good English teachers who pushed for diversity in what we read. And some of my friends suggested some great stuff to me, too. Gil Scott Heron, The Last Poets, Joy Harjo. I was fortunate to get to see Quincy Troupe and Ntozake Shange read. The former came to my high school to read in a couple of class visits and changed the way I conceived of poetry forever, and the latter did an amazing reading at Sabathani Community Center. I saw a video of this guy named Alvin Eng doing a rap called "Rock Me Goong Hay" and I was like, "Asian people can rap?!" I went to buy a book for a friend of mine's birthday and wanted something by an Asian American, so I went to the bookstore and picked out an Asian looking name from the poetry section. It was Li-Young Lee. I've been a fan ever since.

I started doing performance-based poetry while on my high school speech team, because I felt it was a way I could combine my artistic drive with my growing interest in social justice movements. I wasn't planning on being an English major in college, but my freshman seminar was Native American Lit with Diane Glancy, who after hearing some of my poems, encouraged me to take creative writing courses. She also told me to go see a reading by this new hotshot Native American poet and short story writer at the Hungry Mind, Sherman Alexie. Also in college, I met artists and activists who worked in an instrumental group named Asian American Renaissance, founded by David Mura and Valerie Lee. It was inspiring to meet fellow Asian American, Middle Eastern, and Pacific Islander artists from all walks of life, doing all different types of art.

All of these poets, and many, many others, shaped who I am. But back then, the idea of someday being a poet myself, like them, was an alien concept. I admired them, but I was a Vietnamese kid from Phillips. Wanting to be Li-Young Lee was the same as wanting to be Tom Cruise.

What’s your process for writing a poem? How do you start?

There has to be some fire there first. It doesn't have to be an inferno, but there has to be something in the gut that says, "you have to say something." Now what's the best way to write it out? The past year or so I've tried to write at least one poem per night, with varying degrees of success. I write and if I think there's something that can be polished or worked on, I put it into the "work this" folder. If it's something that I can't conceive of a use for, I put it into a "meh" folder. In very rare cases, a poem makes it to the "yes" folder.

You use a lot of Vietnamese words and phrases in your poems. Why is that important to you?

Because I need to be better at improving and sustaining my Vietnamese language skills, which have deteriorated into suckitude. It's an important part of who I am, it's an important act of resistance against the dominant culture's erasure of people of color, and it potentially allows me to reach more of my people. Plus, it's beautiful. Difficult but beautiful.

You were one of the protagonists of The Listening Project. In that documentary, you traveled around the world to listen to what people in foreign countries think of the United States. What did you learn from that experience?

How privileged Americans are. Now, that privilege is not universal — it differs due to race, gender/gender non-conformity, class, and other factors. But you go out there and you see how much American consumerism, capitalism, and foreign policy effects so many people, many of whom we never hear about.

For many, writing and speaking openly about race and identity can be daunting, as we live in a supposedly “post-racial” world. What advice would you give to writers and performers struggling over how to approach those topics?

For everyone the specifics are different, and I wouldn't dare pretend I could offer useful advice. The best I can do is to encourage writers to be brave.

Many Americans do not realize the ethnic and cultural diversity within Asia. Does the term “Asian American” feel reductive to you? Or do you embrace it?

When I was young, there were two types of people: Vietnamese people and everyone else. Now that I'm part of this, I don't know what you call it, Asian American experiment? Movement? I like that it encourages me to explore the differences and similarities in all the myriad people that are stuffed under that big umbrella term. Whether or not I feel it's reductive...

I do chafe when it seems sometimes that the most privileged Asian Americans speak as if they and their personal privilege is universal to all Asian American people. The top 20 percent of us college educated, English-speaking activists need to challenge ourselves and the dominant discourses regarding race in this country and illuminate the least privileged in our own communities. Instead I see a trend towards an Orientalizing of our pain — our people's struggle is somehow always far off, never the center, a distant concern, our masses faceless and without a politic. We do this to ourselves, too.

I'd like to see us doing transformative work in our own communities as well as that vital solidarity work across cultures. It can become so difficult because there are so many differences when you start digging deeper into the experiences of all these people lumped under this term "Asian American." But I think we need to get comfortable with looking towards nuance rather than simplified soundbites, embrace contradiction and complication, move beyond the ego of the exceptional, down for the cause, token Asian American activist and instead look at mobilizing our communities, most crucially the least privileged of our people.