Interview: Tuong Vu, Author of 'Paths to Development in Asia' 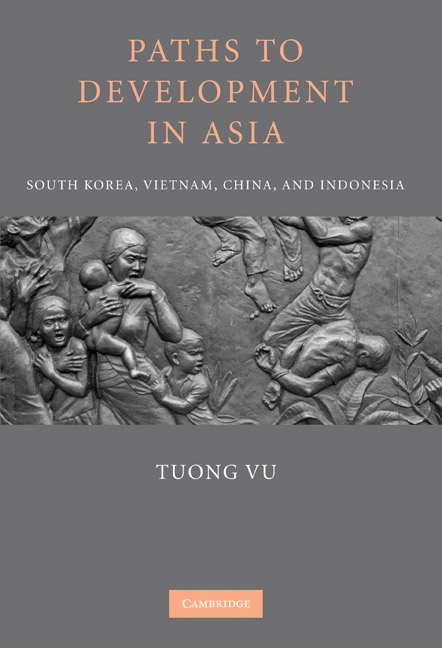 Since the economies of East Asia first experienced broad economic growth in the post-World War II era, academics have debated which factors best explain such success. In his book Paths to Development in Asia, University of Oregon Political Science professor Tuong Vu argues that state formation, more than colonial legacy or geography, played a decisive role in explaining such success. Vu's study was selected as a runner-up for Asia Society's 2011 Bernard Schwartz Book Award. He will be appearing at the Book Award luncheon at Asia Society New York on December 1, 2011.

Asia Blog spoke with Tuong Vu about his research and whether Asia's success can be exported to other parts of the world.

In the period since you finished the book, have there been any articles, stories, or trends that have vindicated the arguments you made in Paths to Development in Asia?

My book observes long processes of development and makes historically grounded arguments. I therefore do not expect to see any developments in a short time that vindicate what I have argued. This does not mean that the arguments cannot be applied to explain what's going on. For example, I argue in my book that one of the factors that facilitate rapid capitalist development is the close collaboration between the state and capital (foreign and/or domestic). This argument can be vindicated today if one compares, say, China and Vietnam. The former has seen growth rates twice as great as the latter, even though both grew out of similar socialist economies and both had highly effective authoritarian political systems. I believe the difference has something to do with the fact that the Chinese state is far friendlier to capitalists than its Vietnamese neighbor. Whether this is a good or bad thing is not the issue here. The point is the importance of the relationship for capitalist growth. 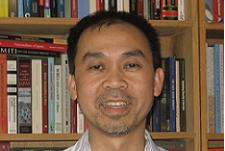 For a second edition of your book, what adjustments would you make? Would you make any revisions in light of recent news or discoveries?

I do not yet see any adjustments needed if the book is reissued. Perhaps it is too early to reflect on whether and how I was right or wrong.

Your book discusses the role of state formation in determining development paths in Asia. Why did you think state formation received less attention than it deserved in previous works?

Scholarship is often limited by sources, cases, methods, and most importantly, perspective. Previous works published in the 1980s or 1990s were confronted with the then-recent emergence of highly successful economies of Japan, South Korea, Taiwan, Singapore and others. There was a natural urge to focus solely on these cases in order to draw out useful lessons. It also seemed more appropriate to study economic policies that played a direct role in the success of those economies.

Even if a scholar had wanted to study the importance of historical legacies, he or she would have been impeded by the lack of sources. States in most Asian countries were formed in the midst of violent struggles among various groups, often with the intervention of foreign forces. Not until the end of the Cold War and the democratization of certain countries (South Korea and Taiwan in the late 1980s; Indonesia after 1998) when surviving witnesses were willing to speak out about what happened, or when governments relaxed their control over archives. The key noncommunist figures in my historical account of Vietnam, for example, were purged from the government in the 1950s, placed under police surveillance, and not rehabilitated until the 1990s. I really benefited from the more open research environment that allowed not just me but other scholars to re-interpret key historical events.

I was also able to identify state formation as an important factor thanks to my comparison of Southeast Asian and Northeast Asian cases. In hindsight (I didn't know this when I started out), it seems Northeast Asian states are uniformly more cohesive than their Southeast Asian counterparts, and only when you compare across Asia that you begin to see the importance of state structure. As far as I know few scholars have done this kind of cross-regional comparison (a notable exception is Stephan Haggard). Most Asian studies scholars study only one country, while comparative scholars of Northeast and Southeast Asia are generally few. Of course, their scholarship is just as, if not more valuable than comparative scholarship.

Are the development models you write about exportable to other regions of the world? Is there a global model of development?

I don't see my book as offering a coherent model but only a set of interrelated arguments. Some of these arguments may apply to other regions; others may not. The possibility for the whole set to be exportable to other regions is perhaps close to zero, if you ask that question. In the book, I also joined other scholars such as Atul Kohli to warn about the violent nature of the East Asian experience. Other countries that are inspired by the East Asian "model" may want to think twice about the costs involved.

What do you believe are the broader implications of your discoveries?

A broader implication of my arguments concerns the outdated concept of development in the literature. It is time to redefine "development" in a broader way that includes not only material progress as has been defined  up to now, but also political freedom, human rights, social equality, and environmental balance. This redefined concept reflects the current aspirations and imperatives of human society even though it may make "development" even more difficult to achieve.