Interview: Pakistan's Premier Mountaineer on His Passion for Heights and Homeland 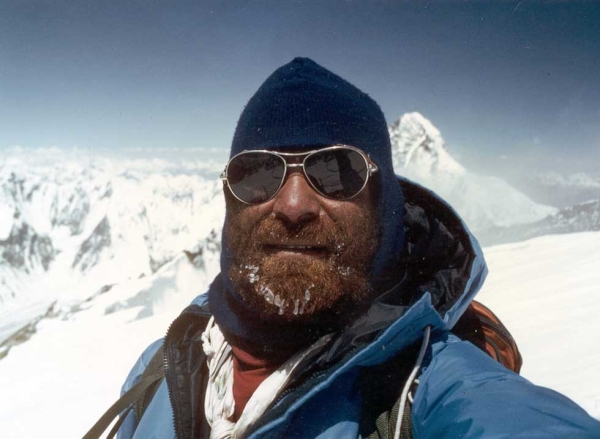 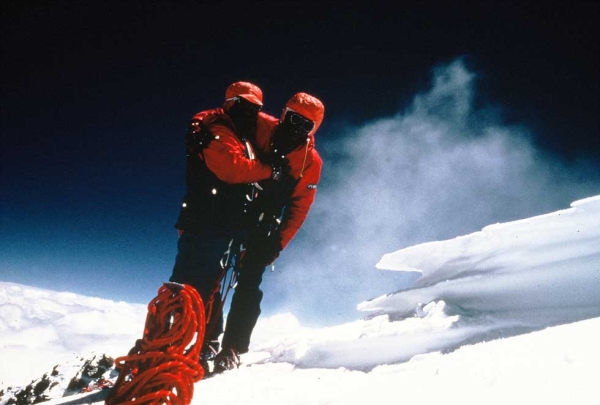 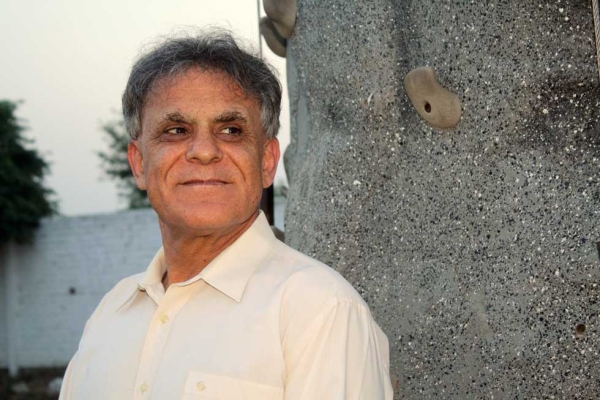 Nazir Sabir's love for the mountains is inspiring and moving. His passion for mountaineering — particularly in Pakistan — shines through his kind eyes, as he talks and jokes about his experiences through the years and how he came close to death, twice, during a climbing career that spans over three decades.

Sabir became the first Pakistani to have climbed the world's highest mountain — Mount Everest — in 2000, in addition to scaling four of the five highest peaks in the country, including K2 (the world's second-highest mountain after Everest).

Born in a small village in the glorious Hunza Valley in the Gilgit-Baltistan region of Pakistan, Sabir's face lights up when the audience at the Lahore University of Management Sciences (LUMS) gives him a standing ovation at the conclusion of his talk.

The renowned mountaineer was in Lahore earlier this month, delivering talks to students at a few colleges and universities across the city about his mountaineering career and Pakistan's tourism potential. He's a humble man with the spirit of a child, unfazed by praise, making light of his remarkable achievements. Minus any airs and graces, Sabir frequently makes the kids at the LUMS auditorium break out into peals of laughter with his straightforward, innocent humor.

Part of the May 2000 Mountain Madness Everest Expedition that was led by the well-known late American mountaineer Christine Boskoff, in addition to Peter Habeler (a renowned mountaineer who is one of the two people in the world to have climbed Everest without oxygen in 1978), Sabir was actually making his second attempt to climb Everest; his first being with Pakistan's first ten-member expedition in 1997. However, bad weather pushed that team to backtrack and call it quits.

But in 2000, along with Boskoff, Habeler and eight Canadians, Sabir states that his "last few footsteps" atop Everest were "pretty dramatic."

"In a way I was paranoid," Sabir says, "I thought maybe Everest was not for me."

"But as soon as I took the last step, I reached the summit and sat down. I held on to the summit as if it was running away from me," Sabir states as we start laughing. "That was funny; I didn't do that anywhere else. I just held onto it. I wasn't emotional or anything but I do remember — the last bit was exhausting, the winds were increasing. I remembered my family, my sisters, parents — who were praying for me, and a Sufi also, who I strongly believe in… I called for all these prayers and said I need help. It also felt like the whole of Pakistan was pushing me up the last bit of Everest. Because I knew no Pakistani had been there and I wanted Pakistan's name to go that high — so I knew I was going to have that honor."

Interestingly, Sabir wasn't motivated to climb Everest for many years after climbing K2. Even though he had many opportunities, he didn't feel compelled. But it was the late American mountaineer Scott Fisher, Sabir's "very good friend" who instilled in Sabir the drive to attempt Everest. However, Fisher died very close to the summit in the 1996 tragedy, an expedition that Sabir was also due to be a part of but ultimately didn't join. "He created a new interest in me for Everest."

Over the years, Sabir has lost his elder brother, Inayat Shah (due to an avalanche on Diran, in 1980) and many friends to mountaineering; but he remains very matter-of-fact about death, loss and tragedy. Yet his acceptance of death doesn't come across as a jaded, pained, hardened acceptance; rather, it is a quiet understanding of the greatness of nature, the faith in the innocence of the mountains, and the belief that these gifts of the earth — the mountains — are to be respected and loved, continuously, regardless of pain and loss, regardless of death and finality. Because the mountains are eternal, and to die on a mountain, for Sabir, means to become a part of eternity. To become immortal with them, immortal with their greatness, their unpredictability and their beauty.

"I was one of the luckiest people to have been born right in the lap of the Karakoram, deep in the Hunza valley, very close to the China border. I spent my childhood under the shadow of Rakaposhi, Ultar and all those big mountains," Sabir states, "Mountains were always very holy places for me, very spiritual places that I understood much later in life. But even as a child I used to think a lot about what would be beyond these mountains — a hidden world, a mysterious world that was hidden by those four walls around my village. But when I lost very close friends (including Scott Fisher), and my brother, all that made me have all the more respect for mountains. There can be so many potential dangers on a mountain for a human life — besides the calculated risks — but all that is just the innocence of nature."

Sabir recalls his closest shave with death as coming in 1983, when he and seven other Japanese mountaineers were climbing Nanga Parbat (translated as "Naked Mountain") in Pakistan via the "shell route."

"I still remember," he says, "I was talking to Dr. Arai [one of the team members], and suddenly I had heard a big bang. And then I was just falling. I didn't even realize it was an avalanche."

As Sabir plunged down the steep face of the mountain, snow forcing itself down his throat, he desperately tried to latch onto something, digging his arms into the river of snow — but to no avail. "While I was doing that, the entire film of my life went through my head. I was cursing myself and arguing with my Creator — I said no way, I'm not going to die…because it's not fair. I should've been told! Given enough notice!"

Even though he was mentally preparing to die, Sabir said he couldn't give up hope. But as he fell, Sabir says that he began wishing with every fiber of his being to know what was happening to his colleagues. "It was the strongest wish I had, to know what was happening to my seven colleagues before I died. That was the only wish — it was so strong."

"I was getting ready for the final flight — and I went over, into the air and at that moment I felt my soul fly out of me," he says, gasping for emphasis. "Then I was back on the face [of the mountain] again, and thought, My God, what's happening?"

Later, Sabir realized that he'd gone over a big boulder in the snow, until he fell again, and stopped suddenly. He couldn't believe it. That was when he heard one of his colleagues shouting: "Nazir! Don't move!" Laying stationary in the snow, his face down, Sabir was lifted up by his colleagues. Thinking he'd broken all his bones, he miraculously survived with only a sprained ankle. He chuckles as he re-lives the memory, thoroughly amused and incredulous at his close encounter with death.

"Mountains humbled me with all the beatings from the forces of nature," Sabir states. "But I fear that not only in Pakistan, but all over the world, young people are losing their connection with nature."

"To be honest with you, first of all we need to concentrate on domestic tourism. Only then will the foreigners come — but you can't depend on foreign tourists alone," Sabir says, when asked about the state of tourism in Pakistan today.

"But I would like to mention that the issues that the tourism industry is going through, especially after 9/11, the mountaineering community and trekkers are the only people who are keeping Pakistan on the map of tourism today. With all that's happening in this country — you and I know — these people, either they're crazy or they're really, deeply in love with Pakistan's mountains and its people. That's why they keep coming. Last year there were almost 55 mountaineering expeditions and hundreds and thousands of trekkers coming to Pakistan. But unfortunately Pakistan has never been able to present itself as one of the best tourism destinations on earth. There's simply no comparison to this piece of land, which I often call the best-kept secret in the Asian region."