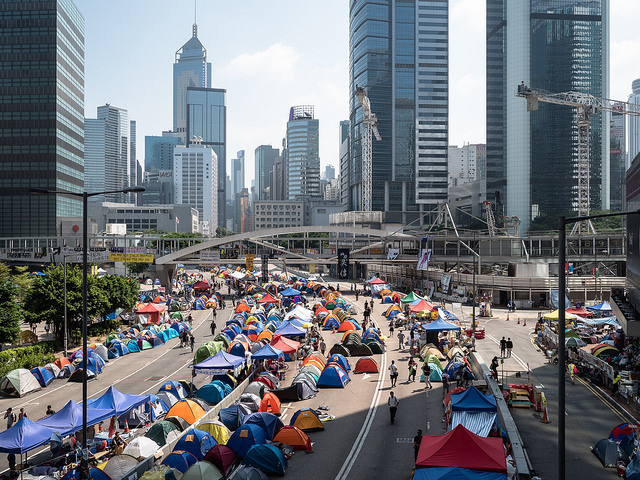 On October 28, Asia Society New York hosted a panel discussion on what some are calling the "Umbrella Movement," the wave of pro-democracy demonstrations that have brought tens of thousands of protesters to the streets of Hong Kong. The speakers included Johns Hopkins University professor Ho-fung Hung; CEO of NewsChina magazine Fred Teng; and Washington Post journalist Ishaan Tharoor; and Asia Society Hong Kong Executive Director Alice Mong. The protesters' demands include a commitment from Beijing to universal suffrage in Hong Kong, which they see as a key component of the city's retrocession to Chinese control. Chinese President Xi Jinping has called the protests illegal, and they remain controversial both in Hong Kong and the mainland.

As the protests stretch into their third month, Asia Blog reached out to Professor Hung, a sociologist whose scholarship on East Asia includes research into protest movements and nation-state formation, to delve deeper into the background of the movement and what it might say about Hong Kong identity. 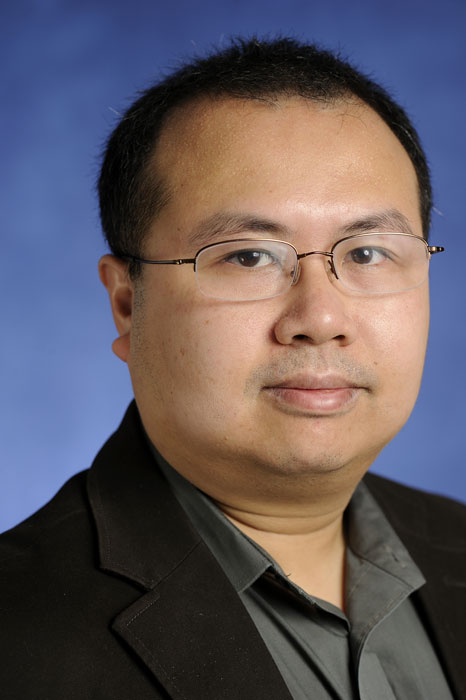 During the Asia Society panel discussion, you stated that "among [pro-democracy activists] there is a strong sentiment that [they] know that Hong Kong is dying, but we want to die in dignity." Can you expand on this notion?

While the older generation of democratic activists, together with their middle-class social base, have a lot to lose and are reluctant to support confrontational actions for fear that Beijing will crack down hard and instigate larger social instability, the younger generation has nothing to lose. The deterioration of governance, the perceptions of reemerging corruption, nepotism, increasing involvement of gangster groups in pro-establishment politics under [Hong Kong Chief Executive] C.Y. Leung, and the breakdown of the social ladder under an increasingly monopolistic capitalist system make a lot of youngsters feel that they have no future. Surveys find that a college graduate earns about the same amount of salary as a college graduate in the mid-1990s earned, while housing, transportation, and all other costs of living have more than doubled. People attribute this to the entrenched alliance between the tycoons and Chinese Communist Party that maintains absolute control of both political power and all sectors of the economy, and see that genuine democratization as promised in the Sino-British Joint Declaration and Basic Law could change things for the better.

The National People Congress's decision on the election method of the Chief Executive that denied open nomination is seen as an open humiliation of the Hong Kong people. It kills any remaining hope that things could change for the better in the current system. In the words of Professor Larry Diamond, in a South China Morning Post interview, the National People's Congress decision amounts to "a giant middle finger" in the face of the Hong Kong people. It is the last straw that urged the young people to go to the street and say no in defense of their dignity. They also want to let the whole world see that they are in defiance and hear their cry even though they understand that their chance of winning is very slim. It is this kind of sentiment that explains the persisting will of the occupation that has lasted for more than 60 days and has defied the expectations of many older activists.

Can you describe the factions within Hong Kong's pro-democracy movement? Does the movement have enough momentum to remain united?

The Hong Kong democratic movement has been divided since the 2010 referendum movement. On the one side you have the Democratic Party, the flagship party in the opposition movement that emerged out of the political activism of the 1980s and 1990s, which supported China's resumption of sovereignty over Hong Kong. They have always had faith that Beijing will allow Hong Kong to have full autonomy and some kind of democracy if they are sure that the Hong Kong people have no intention to overthrow CCP rule. They generally detest confrontational action and often advocate compromise. Their middle-class social base is quite conservative. In the movement against the Article 23 anti-subversive legislation in 2003 and the one against national education in 2012, they supported accepting both and hoped that they could bring some adjustment to them and make them less draconian.

In 2010, when democratic legislators who belonged to new groups (like the barrister-heavy Civic Party and the League of Social Democrats) started a de facto referendum through their resignation and by-election to galvanize a popular mandate for the quest of full democracy by 2012, the Democratic Party boycotted the referendum and negotiated secretly with Beijing for a piecemeal reform for the legislative election in 2012. From that time the democratic movement was split between the moderate fraction led by the Democratic Party and those who advocate more confrontational approach. In the legislative election in 2012, the moderates still got the majority of all the votes that the pan-democrats got, but that majority has been shrinking, and the radicals’ appeal to voters increased. After the occupation, younger democratic voters might shift further away from the DP and look for more radical candidates to support in the next election.

How has Hong Kong’s pro-democracy movement changed attitudes in the mainland toward Hong Kong?

It is really difficult to say, as we can only see the views of mainlanders on Hong Kong as expressed in official media or among angry anonymous netizens in online forums. They are both distorted views. But I believe that the government propaganda emphasizing all the "favorable policies" and "privileges" that Beijing grants Hong Kong has a big effect on mainlanders' view on Hong Kong. Much of this propaganda is misinformation. For example, it says Hong Kong is one-sidedly dependent on mainland China for its water supply. But the truth is, Hong Kong government has been spending millions of dollars to buy water from Guangdong, which is much more expensive than water supply through desalination of sea water that Singapore relies on, and Hong Kong has actually been forced to buy this Guangdong water even when it doesn't need that much. But this misinformation appeals to average mainlanders, and help creates the perception that Hong Kong people asking for more autonomy and democracy are the tantrums of spoiled children.

What is the "new normal" for how Hong Kong's people see their place in China and the world?

There is a learning curve. After the Asian financial crisis in 1997 that dragged down Hong Kong's economy until 2003, many people thought the golden days of the Hong Kong economy were gone. At the same time, China's joining the WTO and getting the 2008 Olympics in Beijing started a decade-long boom of the Chinese economy. Many Hong Kong people started to accept that Hong Kong needed to get a ride on China's economic high-speed train and that it was the only way out. Then came the 2003 SARS epidemics and massive protests against Article 23. In the aftermath, Beijing initiated closer economic integration between Hong Kong and [the] mainland, and initially this closer integration was popular and had broad-based appeal in Hong Kong.

But after a few years, people started to realize the problems: For one thing, closer economic integration allows many wealthy Chinese to spend and hide their wealth in Hong Kong, driving up both residential and commercial property prices. The resulting real estate bubble is making many young middle-class families become slaves to their mortgages, while others can never afford to buy or even rent their own homes. Mom-and-pop shops that had served local communities were driven out of business and replaced by retail chains serving mainland tourists who could afford much higher rents. Society then started to polarize into two groups — the older, propertied class, which benefits from and wants to see more Hong Kong-mainland economic integration, and the younger, unpropertied class which sees its aspirations — starting a small business, setting up their own family with their own homes, etc. — shattered by such integration. Recently, there have reports and legislator discussion about whether higher education institutions in Hong Kong are prioritizing admission of mainland students and discriminating against locals.

This is the general background of the younger generation's anger on the eve of the Umbrella Revolution. The notion that mainland visitors and newcomers diverge from Hong Kong locals in social customs, political orientations, and other aspects of life only add fire to the oil, strengthening the Hong Kong identity vis-à-vis the Chinese identity, as indicated repeatedly in opinion polls.

In the meantime, people have started to find that the Hong Kong economy is in no way one-sidedly dependent on China as Beijing and the HKSAR government want Hong Kongers to believe. The recent Hong Kong-Shanghai stock market "through-train" is a case in point: initially Beijing and HK government advertised this as a favor that Beijing gave Hong Kong, and threatened that Occupy Central could derail it. But in the end, the through-train was initiated in the midst of the occupation and it became clear that it was just a mechanism for the Chinese market to suck in international capital via Hong Kong to add new fuel to the ailing Chinese economy. It is also related to the internationalization of the RMB that makes Beijing dependent on Hong Kong as an offshore RMB market. As such, Hong Kong people, particularly the younger ones, are becoming increasingly affirmative about their distinct identity and they are becoming more confident about themselves vis-à-vis mainland China.