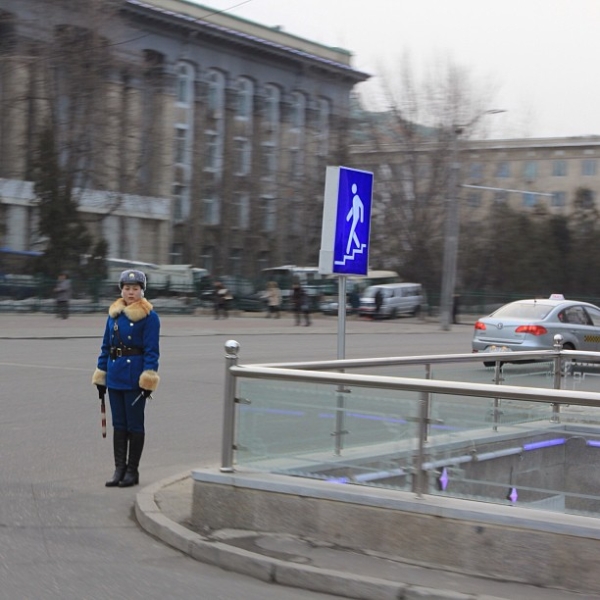 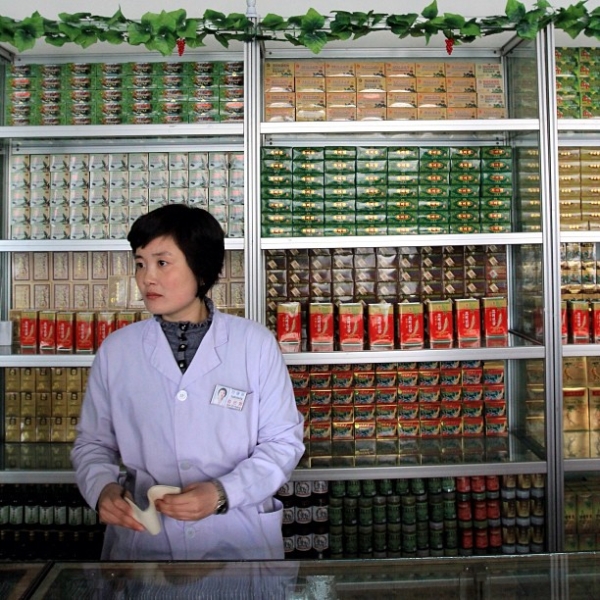 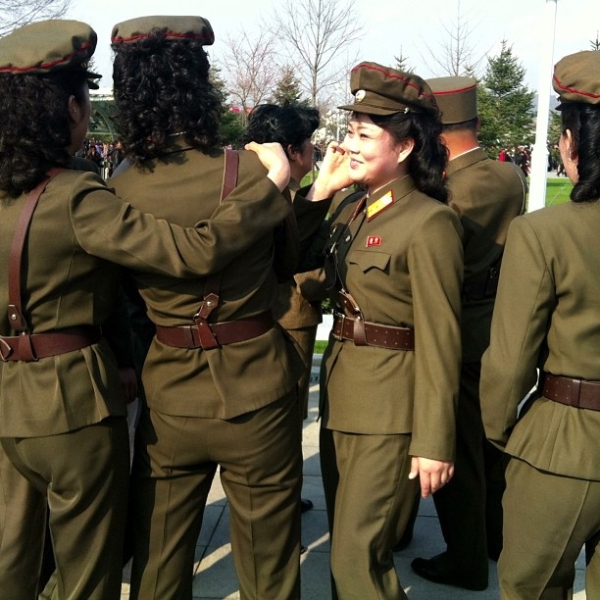 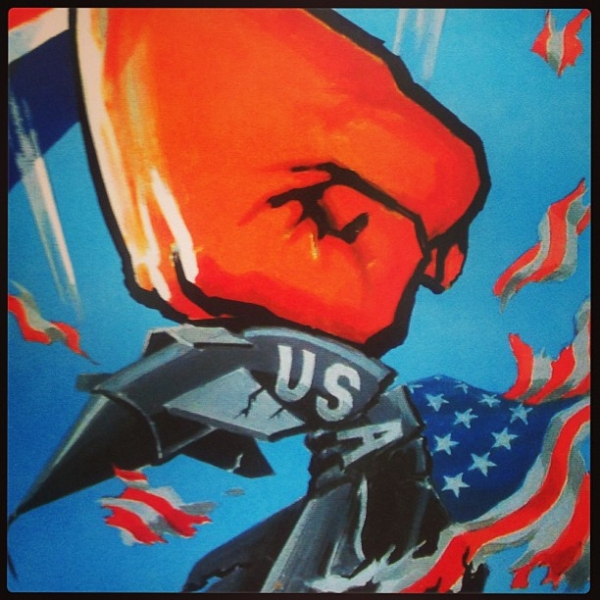 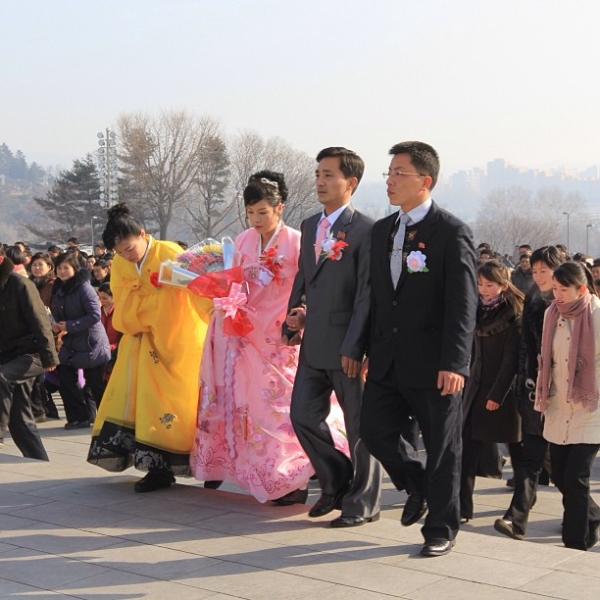 Last year, The Associated Press's Korea Bureau Chief Jean H. Lee  became head of a new office north of Seoul when the news organization opened "the first news organization to operate a text and photo bureau with full-time staff in North Korea." Since then, Lee has been covering one of the most-watched, least-understood countries in the world for readers around the globe.

We asked Lee about reporting on and from Pyongyang as well as her own background as an Asian American.

For many journalists both in and outside of Asia you have one of the most interesting and coveted jobs in the world: AP bureau chief for Pyongyang. How did you come to get this gig, and was it something you had been interested in for a long time?

On my first day of work in 2008 as AP's Seoul bureau chief, I was told to make it my mission to help AP open a bureau in North Korea. It was a perplexing goal: At the time, I had no idea how to get into the country, much less open a bureau. But Tom Curley, who was AP's president and CEO at the time, had a vision of opening a bureau in one of the world's most closed countries, and years of negotiations culminated in the opening of the bureau in January 2012.

For me, it has certainly been the challenge of a lifetime. It's every journalist's dream to have such a rare chance to open a window onto a world long hidden from view. It hasn't been easy to be among the first to write accurately and responsibly about a place that has been such a black hole in reporting. But it has been fascinating to explore a culture that in some ways is so familiar and yet so divergent from the Korea that I grew up with, and I hope our reporting helps shed some light on life inside this closed country.

In light of this being Asian Pacific American Heritage Month, I'm wondering if you can discuss your Asian heritage and how it does, or doesn't, impact your job.

I'm very proud to be Asian American, and to be AP's first Korean American bureau chief. I was born and raised in Minnesota by South Korean-born parents, which meant we celebrated Thanksgiving dinner with a side of kimchi, left cookies for Santa Claus and put on hanbok (traditional Korean dresses) on New Year's Day to bow to our parents. We spoke English at home, but went to Korean school on Saturdays. My sister and I learned ballet as well as traditional Korean dance, and sang traditional Korean folk songs as well as the Beatles and Michael Jackson. And we were aware of the tragic circumstances of modern Korean history; our parents grew up during the Korean War, and many of our closest family friends were separated from sisters, brothers and fathers who ended up on the other side of the DMZ.

Does your American background impact how people treat you in North Korea? Is the response different from reporting in other countries?

That said, being associated with a U.S.-based news outlet certainly presents challenges when it comes to access. North Korea and the United States remain enemies, and our governments do not have diplomatic relations. North Koreans are wary of outsiders, especially Americans, and it takes hours, days and months of negotiations to convince people to let us into their homes, onto their farms or into their businesses. But we have managed to get to places previously closed to American journalists, and I hope that paves the way for more American journalists to learn firsthand about a country that for decades has been such a riddle.

You are bureau chief for both the Pyongyang and Seoul offices and according to the AP your North Korea office is staffed by native North Korean reporters. About how much of the year do you spend in Pyongyang, and how free are your movements when you are there?

I try to divide my time between Seoul and Pyongyang, but have spent far more time in North Korea over the past year trying to build and expand our operation and access. If I could drive from my home in Seoul, it would take less than three hours. But because the border is closed, I have to fly to Beijing and catch a plane — a circuitous route that takes two days. North Korea has an intricate web of rules to keep foreigners apart from locals, and most visitors cannot circulate or interact freely with North Koreans. It's the only place I've worked where simply going for a walk or grabbing a beer at a local pub requires seeking advance permission. That said, we are given far more latitude than any other Western journalists who visit North Korea. We make it a point to get out of the city on every trip to explore the countryside,

Most of us have a very limited view of life in North Korea. What do you think would surprise outsiders the most about North Korea?

When I show my photos and videos of daily life in North Korea, or share anecdotes about what it's like to live and work with North Koreans, people are most surprised by how "human" North Koreans seem because the picture we usually get is so orchestrated. But like the rest of us, they laugh, they cry, they joke, they fight. They love to tell jokes, they love to dance, they love to sing.

Life is tough in North Korea; for most people, there isn't enough to eat, electricity is in short supply and creature comforts we take for granted such as running water are luxuries. But like everyone around the world, they try to make the best of a difficult situation. They fuss over their children and worry about how to raise them to be good citizens. They struggle with office politics and how to get ahead in their system. And like South Koreans, they love gadgets and technology. When I'm in a crowd of locals taking photos and videos with my iPhone, people are more fascinated by my camera than concerned that I'm taking their photo.