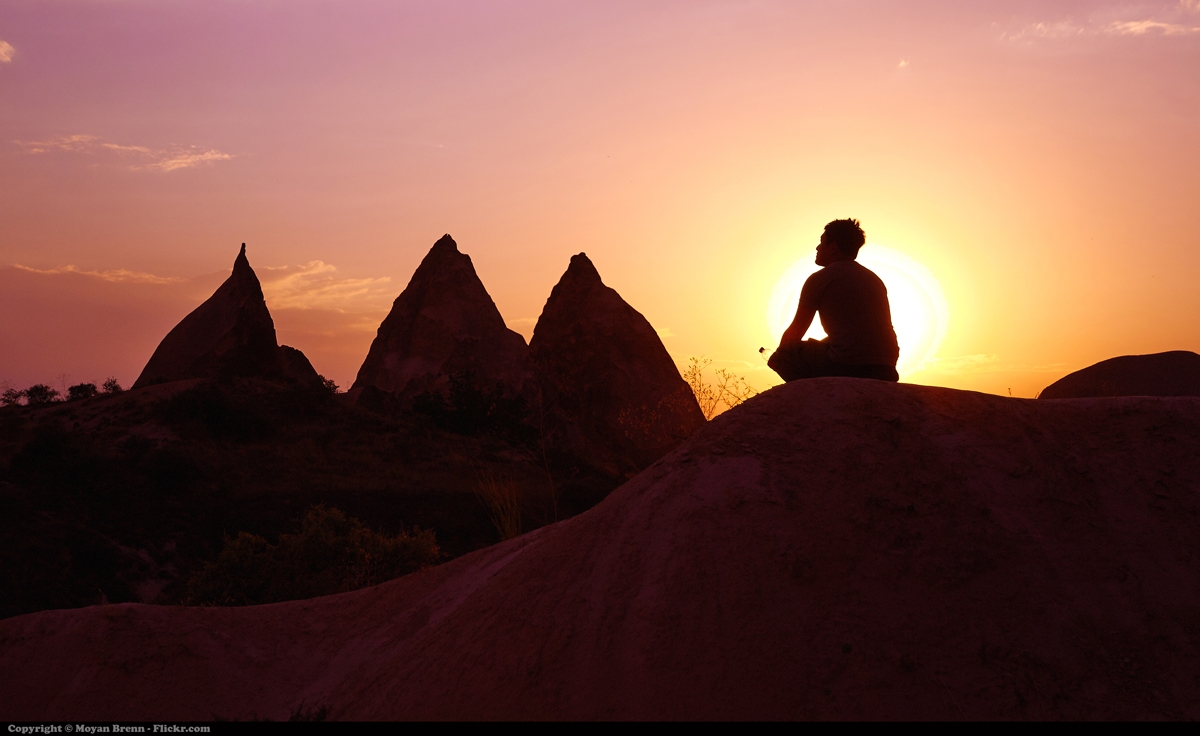 One morning in 2004, television journalist Dan Harris suffered a panic attack while reading news headlines on air during a broadcast of Good Morning America, forcing him to abandon his segment halfway through. The incident, since immortalized on YouTube, was humiliating for Harris. But rather than curtail his career, it led to one of the great breakthroughs of his life.

On February 15, Dan Harris will discuss mindful meditation in a conversation with Dr. Thupten Jinpa at Asia Society. The program will be available worldwide via live webcast at 6:30 p.m. New York time.Learn more

Harris realized that his lifestyle — one consisting of near-constant work and heavy use of drugs and alcohol — had likely caused his embarrassing moment on camera. Seeking a change, he began to conduct research into mental health before finally stumbling upon meditation. Initially, he was skeptical. But to his surprise, he soon discovered that meditation was making him happier and that others could learn from his experience.

More than a decade later, Harris remains at ABC, where he is the host of the popular news magazine show Nightline. In the meantime, he has emerged as one of America's most high-profile advocates for the practice of meditation. His 2014 book 10% Happier recounts his journey from hard-partying go-getter to someone who learned to tame the voice in his head, all while thriving in the highly competitive atmosphere of television news. His new book Meditation for Fidgety Skeptics, published last December, provides a practical guide for those looking to incorporate meditation into their daily lives.

In advance of his upcoming appearance at Asia Society in New York, Harris spoke to Asia Blog about his mental health journey.

Buddhism can be practiced as a religion, and in many parts of the world, particularly in Asia, it is. But for many of us here in the West, it’s actually a set of practices you do and a way you live your life; a philosophy. But first and foremost practice, like meditation, is what makes you a Buddhist. You do Buddhism.

The Buddha himself said, “I’m going to make a series of metaphysical claims involving enlightenment, karma, and rebirth, and you can take them or leave them. Try them out in the laboratory of your own mind, and if you don’t believe them it doesn’t make a difference: You can still do these practices." You can be a dedicated Buddhist without having to believe in anything you can’t prove.

What is the utility of learning about Buddhism without studying it in a formal way? Is it enough to simply learn to meditate?

The history is interesting, and it's important to learn, but that isn’t what I would stress. Nonetheless, studying what the Buddha said and what the various schools of Buddhism proposed about the mind and what great teachers say about how to practice are all incredibly useful — because otherwise, the practice itself can get pretty stale and isolating.

Why do you think that in the last 10-15 years there’s been much more interest in meditation in the United States, particularly in big cities?

I think there are three things. One is science. I often liken meditation, which is a form of mental exercise, to physical exercise. Physical exercise was a niche activity in the ‘40s and ‘50s, but then when science started to show that it had all these psychological and physiological benefits, it became a mainstream activity. That’s what I think it’s happening with meditation. There’s been all this science that shows it’s good for you, and now all these people are embracing it.

The second thing is technology. We’re so overloaded by our gadgets and our tweets and status updates, etc., that people get a sense that something is out of whack. And meditation is a really good way to counteract some of the more pernicious effects of technology.

Third is the diminution of appeal for organized religion. We’re seeing a lot of things take its place, from CrossFit and SoulCycle to meditation, things that can offer a kind of spirituality without dogma.

In your own meditation practice, did you have an “ah ha” moment where you felt like you were getting somewhere or did you just realize after a period of time that you were happier than before?

Oh, I had so many “ah ha” moments. The first thing I noticed was that a few weeks after I started meditating, I started overhearing my wife at cocktail parties tell my friends that I was less of an asshole. That was a pretty important data point!

Not long after I started — weeks, not months — I started to notice that my ability to stay focused improved and that I was less yanked around by my emotions — I was more mindful, in other words.

It wasn’t super-dramatic, but it was incremental — and it compounded. I found that I didn’t really want to give it up. So I kept meditating.