How to Clean Up the Pacific Ocean 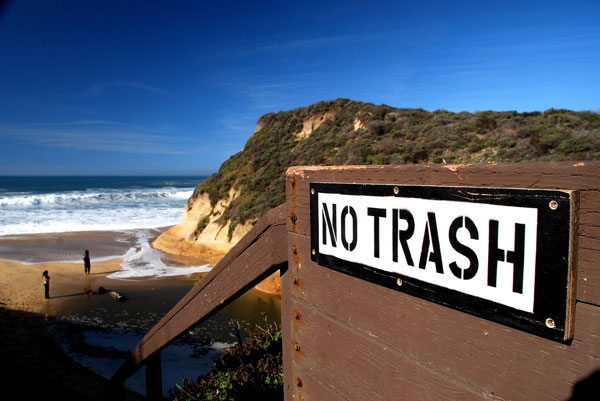 A recent study from the University of California, San Diego, found that tens of thousands of tons of debris are ingested annually by fish in the Pacific Ocean. In this week's Sustainability Roundtable, we asked our experts how Asia and the United States can cooperate to tackle the problem of pollution in the Pacific Ocean. Is there a chance for collaboration on cleaning and waste management efforts?

Spoiling the world’s oceans with garbage, toxins and other pollutants is a case of a tragedy of the commons to be sure, where many nations contribute to the problem, and yet there is little incentive for any country to actively pursue a solution.  Although the Scripp’s study raises alarm about the magnitude of the problem and its effect on fisheries, an effective approach to cleaning the Pacific Ocean is not one of nations joining together to clean up the floating garbage heap.

Based on the notion that those most likely to participate in a clean-up effort are those most likely to benefit from a cleaner Pacific, I would instead propose working within existing maritime and fisheries organizations to create a dual strategy approach to clean up our oceans.  The first prong of the approach is to place pressure on Pacific Rim nations to stop the flow of debris to the Pacific Ocean. And second, to clean up what is referred to as the Great Pacific Garbage Patch upon which the Pacific fisheries are feasting, to both the fish and the humans’ detriment.

The last 50 years has seen the emergence of a number of cooperative organizations and charters to handle the issues of the seas, including the Transpacific Stabilization Agreement, the Food and Agricultural Association’s 1995 FAO Code of Conduct for Responsible Fisheries, the Pacific Merchant Shipping Association, and anti-plastic bag activist groups around the Pacific. Working within existing networks of merchants, businesses and communities adversely affected by the Great Garbage Patch will help match up those with an interest in clean oceans with those with the power to provide solutions. Those organizations with economic based focus on fisheries and maritime safety represent powerful business groups with large cash and political leverage to provide leadership in cleanup efforts and lobby their respective governments to regulate and enforce waste management laws. The business case for playing a leadership role in cleaning the oceans extends beyond environmental stewardship to direct impacts such as:

According to the report, “State of the World Aquaculture and Fisheries 2008," within the 29 Pacific Ocean nations, there are over 1.3 million large-scale fishery operators and 3.5 million small-scale fisheries operators.  A large portion of these belong to fisheries associations and other participatory fisheries management groups. Maritime groups similarly have very large membership bases with the capacity to contribute to keeping the ‘mouth that feeds them’ clean.

The Pacific Garbage Patch problem requires a Pan-Pacific response, yet governments do not possess the will or the way to clean up this gigantic mess. Working within existing economic originations to promote environmental stewardship and collaborate with scientists and waste management experts, perhaps with the FAO at the helm, may be a more viable option than waiting for a show of strength from the U.S. or any other nation.