How the China/Japan Relationship Shapes U.S. Power in Asia 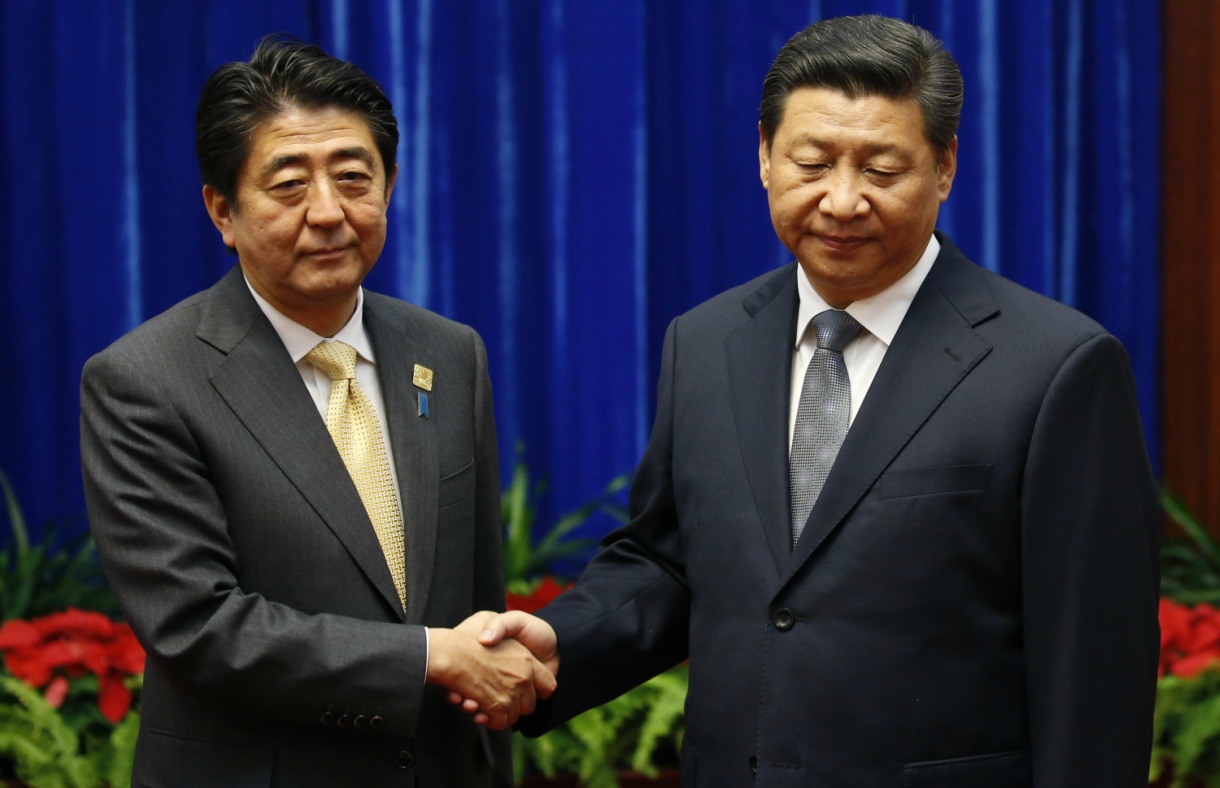 The relationship between China and Japan, the world's second and third largest economies, is crucial to security and prosperity in East Asia. Alas, Sino/Japanese ties have seldom been smooth — and enmity between the two countries has grown to dangerous levels in recent years. This has caused a particular problem for the United States, which must balance a long-standing security alliance with Japan with economic and diplomatic interdependence on China in formulating an effective strategy for the region.

On September 7, Richard McGregor will discuss Asia's Reckoning at Asia Society in New York. The program will be available via live webcast at 6:30 pm.Learn more

In his new book Asia's Reckoning, Richard McGregor explores how the complex relationship between Beijing, Tokyo, and Washington has shaped postwar history in Asia and offers clues about what we can expect in the years to come. McGregor, a journalist with years of experience on the ground in East Asia, drew from extensive archival research and interviews with key stakeholders in producing a nuanced, in-depth account that sheds new light on vital diplomatic proceedings in the region. The book is a follow-up to The Party, McGregor's examination of China's ruling Communists, to which Asia Society granted a Bernard Schwarz Book Award in 2011.

In this interview with Asia Blog, which was edited lightly for clarity, McGregor discusses why the Sino/Japanese relationship is so important and why historical events from the past century remain just as potent as ever.

What do you think is the most commonly misunderstood facet of the relationship between China, Japan, and the United States?

I really wrote the book because I’ve always been interested in the Japanese/Chinese relationship. I didn’t set out to try and come up with a grand theory. But the interesting thing about the Japanese/Chinese enmity is that it runs very deep — much deeper than you’d even think based on the war in the 1930s and '40s. And it’s not just the war but the politics of the postwar period. I don’t think it’s well understood about how deeply the issues are embedded in Japanese and Chinese domestic politics.

Well, there’s no doubt that geopolitics is a driver — maybe the main driver. The fact that the two countries have changed places so rapidly over the past 20 or 30 years has had a massive psychological impact. But all the problems they had have existed both before and after they changed places. So it's not just geopolitics.

One striking thing is this: Both countries (and I talked about this in the book) have insisted that the West treat them as equals. (Countries in the West, for their part, had racially-charged policies toward both.) But China and Japan never treated each other as equals — and they’ve still struggled to do that. And however the geopolitical winds are blowing, there’s something more than just politics there.

One of the more potent symbols of China’s enmity toward Japan are the events of 80 years ago — the Rape of Nanjing and the start of the brutal Japanese occupation. Do you anticipate the resonance of this issue fading as time passes?

I will say first of all that of course the Chinese should commemorate Nanjing. There’s no doubt that there’s a massacre — and it doesn’t matter if it’s 30,000 that were killed or 300,000. One reason why Chinese propaganda about Japan works is because it’s based on events that actually happened.

But I think the narrative has grown to exceed commemorating history in order to include the ascendancy of the Communist Party and the system. You can’t dissent from the narrative about Japan without dissenting from the Communist Party and, by extension, the great Chinese project which the Party claims to embody. In short, this history has become mixed up in politics, which makes it more difficult to manage.

Do you think one main reason why the Communist Party has an uncompromising position on its maritime claims is that they fear softening up would trigger a nationalist backlash? Or does the assertive foreign policy reflect a belief in manifest destiny?

That’s the $64 million question in many respects. Is the Party leading the people, or is the Party leading from behind? Do they dare not budge on any of these issues because they fear ordinary Chinese people will target their ire toward them? I’m a little bit more inclined to think that creative Chinese diplomacy and management of public opinion would allow them to be more flexible.

But there’s no doubt that within the system these are potent issues. Anything which can be portrayed as an impingement of sovereignty of any kind is a very dangerous issue internally in Chinese politics — and doubly so when it involves Japan. That’s because Japan is a nation which really humiliated China.

I don’t think the Party is cowering in the face of the people. They’ve shown this with the management, most recently in 2012 with anti-Japanese demonstrations, that they’re really good at handling public protests and can channel them as far as they want them to go. But they have to tread very carefully.

There have been populist, nationalist uprisings throughout Europe and, with the election of Donald Trump, in the U.S. Is there a possibility of such a movement emerging in Japan? And how would it roil domestic politics and Japan’s relationship with its allies and neighbors?

It’s hard to predict. The big question is what comes after Shinzo Abe. Abe himself is a very strong nationalist — in fact, he’s a revisionist about the war. And he’s probably well out in front of most Japanese people, who have a well-earned allergy to that kind of nationalism. I don’t think Japan is pacifist — but I do think they’re isolationist.

But you do have a nationalist backlash in Japan against China and against North Korea, and against Koreans in general. Some of it’s very ugly. But I don’t see something like Trump coming along — not least because the electoral system is not set up for it. You are seeing a lot of success from anti-major party candidates, like the governor of Tokyo, but I don’t see a Trump-like uprising.

In your conclusion, you quote a Japanese official saying that the U.S. withdrawal from TPP is as big of an earthquake for the region as Nixon’s opening to China. To what extent is this sentiment exaggerated?

I think that this is hyperbole, actually. But I put it in there because I was so surprised when I heard the person, a very measured journalist, commentator, and opinion leader in Japan, say it. I think the TPP is symbolic of something else; a sense of betrayal in Japan that after moving heaven and earth to get this agreement done, the U.S. just dropped it.

Many people in Asia realize that if the people in the U.S. elect someone like Trump once, they can do it again — and so they’d better look after themselves more and to forge closer ties within the region. In Japan’s case, this means ties with India, Vietnam, Australia, and Singapore, to push back against China and not be so reliant on the U.S.