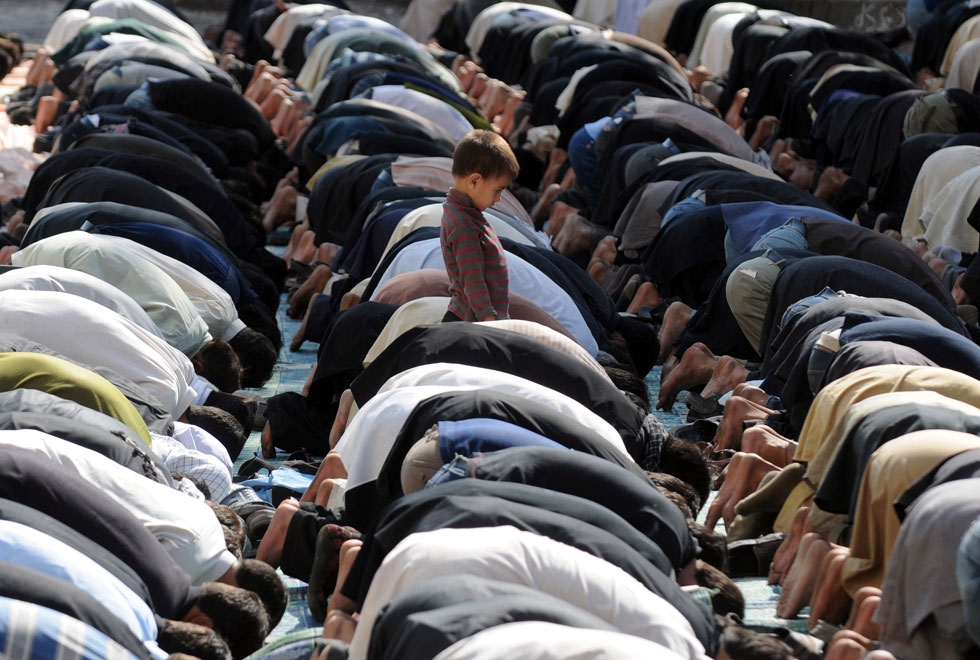 The idea of defiance against tyranny and oppression owes a great deal to Hussain ibne Ali, the hero of the battle of Karbala in 680 AD. With just 72 valiant followers and family members, the grandson of Prophet Mohammad faced the military might of the Muslim empire ruled then by a despot, Yazid bin Mu‘awiya. Hussain refused to sanctify Yazid's reign through baya'a (allegiance) and consequently, he and his small contingent were martyred in the most brutal of fashions. The accompanying women and children were imprisoned for months in the dark alleys of Damascus.

On every Ashura, the 10th day of the Muslim calendar month of Muharram (which fell on December 6 this year), many Muslims all across the world commemorate Hussain's great sacrifice, but tragically the central message of Karbala appears to evade the broader Muslim thinking today. In Western literature and research on Islam, this episode is often viewed through the lens of certain Shi'a rituals practiced on and around Ashura. It is worth probing why that is so. Even more importantly, it is critical to understand why terrorists and extremists like al-Qaeda and the Taliban often attack the Ashura-related gatherings (as is evident from attacks in recent years in Iraq, Afghanistan and Pakistan), and what is at the core of their disdain of all the things that Imam Hussain stood for.

A brief historical reference is required to understand the context of Ashura. After Prophet Mohammad's death in 632 AD, the expansion of Islam became a global phenomenon, courtesy of a variety of means. Islam was a rising power in the world, but in the process, the fabric of Muslim society was also being transformed, as the Muslim outlook was gradually influenced by people from various cultures. New elites that were more interested in power and wealth alone started emerging as more influential, and consequently, Islam's emphasis on egalitarianism, justice and equity started getting diluted. A deliberate attempt to imitate the dynastic empires of the Byzantines and Sasanians was obvious to many observers at the time. The distortion of Islamic ideals became a favorite pastime of Yazid and his coterie. The expansion of influence by way of the sword was a hallmark of his times.

Imam Hussain, the spiritual custodian of Islam at the time, staunchly stood against this shifting tide, and his unprecedented sacrifice was intended to shake the Muslim conscience and expose the misleading path introduced in the name of Islam. It was a matter of principle for him — one of human dignity and honor. Challenging the newly introduced monarchical system of government was another important feature of this struggle. In his last sermon before departing from Madina on his journey towards Karbala, Iraq, he made clear his mission: "I seek to reform the Ummah of my grandfather." An armed struggle for that purpose was never his intended route. He believed in conveying the message through love and compassion. It was a message motivated truly by humanity. The great Indian leader Mohandas Karamchand Gandhi aptly acknowledged this by saying: "I learned from Hussain how to achieve victory while being oppressed."

This was not a mere political battle, though some Muslim historians try to project it that way so as to cover up not only Yazid's atrocities, but indirectly to defend his school of thought as well. The mainstream view, however, both among Sunni and Shi'a Muslims, is very sympathetic toward Imam Hussain. It would be an absolute travesty of Muslim history to call this a Sunni-Shi'a battle. Some writers still do that, either out of lack of in depth understanding, or in a flawed effort to simplify things for a lay Western reader. On the Muslim side, only a handful of controversial clerics project this version. Still, most Muslims shy away from digging too deep into the matter, and carefully avoid questioning the historical developments leading to the rise of Yazid.

Insightfully, the whole narrative of tragedy at Karbala would have remained unheard of without the tireless struggle of Hussain's sister Zainab bint Ali, who as an eyewitness of the tragedy propagated details of the event far and wide among Muslims. While in chains, she courageously challenged Yazid's policies to his face in his court in Damascus soon after the battle at Karbala. Many Muslims — some out of ignorance and others out of bigotry — avoid appreciating the crucial role of a woman in this grand struggle. Zainab's contribution to fighting for the essence of the Muslim faith was as critical as that of Hussain.

Though Shi'as are often at the forefront of commemorating the tragedy of Karbala, Sunnis, especially those belonging to Barelvi school of thought in South Asia and almost all Sufi circles in broader Asia and Middle East, also enthusiastically participate in paying homage to Imam Hussain and his companions. Extremists and terrorists among Muslims want to destroy this element of unity, as sectarianism suits their divisive and violent agenda. Distorting religion to make it dogmatic in outlook and regressive in approach is also what helps them achieve their goals exceedingly well. For them, political power is an end in itself. Hussain's message stands completely contrary to this perspective.

The attack on Shi'a Muslims observing Ashura in Kabul on December 6, which killed 55 people, was a manifestation of the perpetrators' perverse worldview. Next door in Pakistan, where this threat is more pronounced, a heavy price (in the form of terrorism and violence) is being paid for ignoring the expanding tentacles of religious extremism. Though things remained peaceful on Ashura in Pakistan this year, the Kabul attack was claimed by a splinter wing of a banned Pakistani sectarian group, Lashkar-e-Jhangvi (LeJ).

Authorities have yet to uncover solid proof of who was responsible. Irrespective of whether the Afghan Taliban was directly involved in this specific attack or not, their policies during the "reign of terror" in Afghanistan (1996-2001) indicate that they hold similar views toward those who honor the martyrs of Karbala. Taliban massacres of ethnic Hazara Afghans (of whom the vast majority are Shi'a Muslims) in the late 1990s are a case in point.  The curse of sectarianism has inhibited spiritual growth of many Muslims.

The remedy to the malady lies in mainstreaming the message of Karbala both within the worldwide Muslim communities and among those who are interested in deciphering the foundational themes of Islamic discourse. At a higher level, Hussain's message of defiance against oppression and personal sacrifice for the cause of humanity is applicable for a broader audience for generations to come.