The Historic Summit in Korea — What Next? | Asia Society Skip to main content

The Historic Summit in Korea — What Next? 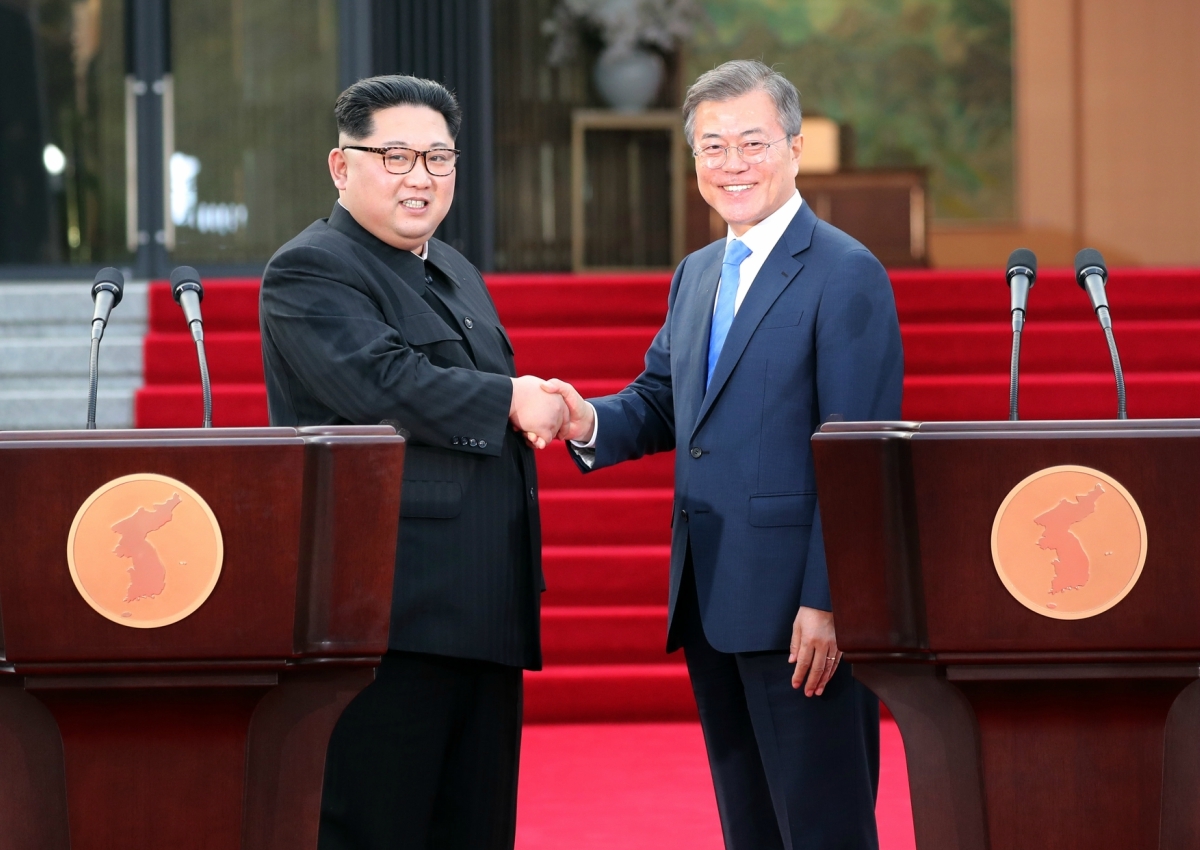 Friday's much-anticipated summit meeting between the leaders of North and South Korea appears to be a breakthrough in one of the world's most intractable conflicts. During the gathering at the South Korean border village of Panmunjom, Kim Jong Un and Moon Jae-in pledged to seek a Korean Peninsula free of nuclear weapons and, within a year, negotiate a formal end to the Korean War after more than six decades of stalemate.

But for all the warmth and camaraderie shown between the two men, significant obstacles to an enduring peace on the peninsula remain in place.

In an appearance on NPR's Morning Edition, Asia Society Vice President for International Security and Diplomacy Daniel Russel noted that the summit produced some gains but cautioned that nothing on Friday changed the fundamental security relationship between the two Koreas.

"What we should pay attention to is what Kim Jong Un is saying," Russel said. "What he said in his New Years' speech and in other propaganda vehicles is 'I’ve finished developing my nuclear deterrence, I’ve finished developing my missile deterrence. Mission accomplished. I don’t need nuclear tests, and so I’ll keep working to expand my arsenal quietly. But in the meantime, I’m going to devote my efforts to the other part of my strategy, which is building up my economy.'"

"Kim is acting in ways to seize the high ground to reinvent himself as a reasonable statesman," Russel added. "And not the ruthless totalitarian dictator who murdered his uncle and half-brother.”

Friday's summit is the second of three high-profile meetings Kim has set with other heads of state. Last month, he traveled to Beijing for a surprise summit with Xi Jinping, and later this spring he plans to meet with U.S. President Donald Trump.

The unprecedented, high-stakes nature of the latter gathering has caused no small amount of international anxiety, said Asia Society Policy Institute President Kevin Rudd in an appearance on Sky News:

Let’s just say the whole thing literally blows up. I don’t mean in an explosive sense but in a negotiating sense. My worry then is that the mood in Washington will change from "well, we gave diplomacy and peace a chance, it failed, and there’s only a military option left."

Isaac Stone Fish, a senior fellow at the Center for U.S.-China Relations, cautioned that, in spite of the good cheer produced by the Kim/Moon summit, tensions between the two Koreas could easily revert back to where they were. But North Korea's diplomatic charm offensive may be a sign of Kim Jong Un's enhanced position.

"It's hard to know how much credit to give to (President) Trump's sanctions and his 'maximum pressure' policy and how much credit to give to Kim Jong Un — the North Korean dictator feeling secure at home, feeling that he's consolidated enough power domestically, feeling that he now has enough of a nuclear weapons arsenal that he can negotiate — if not from a position of strength — a position that he's comfortable he'll be able to stay in power," Fish told CBS News.