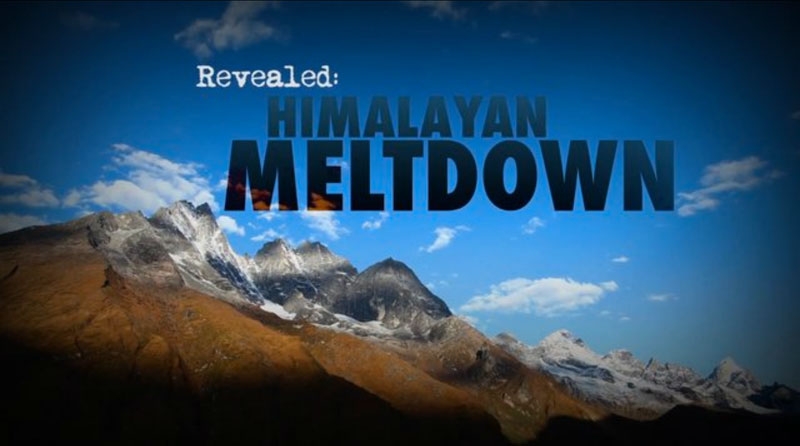 In D.C., the film will be introduced by Ajay Chhibber, UN Assistant Secretary-General and UNDP Director for Asia and the Pacific.. The New York showing will feature remarks by Orville Schell, Arthur Ross Director of the Asia Society's Center on U.S.-China Relations, and Helen Clark, UNDP Administrator. A discussion will follow the screening, featuring permanent representatives to the United Nations from Bangladesh, Bhutan, China, India and Nepal and moderated by Chhibber.

China Green Managing Editor and Producer Michael Zhao let us know how Asia Society got involved in the film:

Austin, Texas-based film maker Patrick Fries contacted us after hearing about China Green's work from a common friend. He was already filming some environmental projects in Bhutan and other Himalayan countries for clients such as Global Environmental Facility. Then he expressed interest in using some of our footage from China Green for a larger film he started working on for UNDP. It was a documentary about climate change along the Himalayas.

Due to the tight timeframe to produce this film and the fact that China Green has already done a significant amount of work on Tibetan Plateau and most of the projects there relate to climate change issues, so the match couldn't have been better. China Green facilitated the transfer of a large amount of footage from the past few videos to Mr. Fries and through a few Skype communications, we made it possible for the documentary to take advantage of our existing body of work for the Asia Society Center on US-China Relations.

What impressed me was that the film takes a different approach than most other documentaries about climate change. It sets out to find positive stories where people are finding ways to adapt to or mitigate the negative impact of climate change in those mountainous regions. These stories actually give people hope, unlike many other films we've seen. It's a pleasure to be part of this project, and we hope this documentary will have a wider impact on the issue of climate change and help facilitate more positive change and spark public discourse on the issue around the world.