Google and China Back in Business 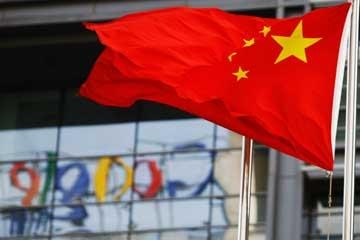 As of Friday, the Chinese government has renewed its license with Google, ending a tense stalemate over censorship.

As of Friday, the Chinese government has renewed its license with Google, ending a tense stalemate over censorship. For months, Google had refused to censor search results in mainland China and had pulled out some of its operations in the country. This business move, which was considered drastic by many analysts, was a result of China-based cyber attacks on email accounts and Google data bases.

The new agreement allows Google to provide mainland users with a link to their uncensored Hong Kong-based search engine, google.com.hk, but doesn't automatically redirect them to the uncensored material. Internet users on google.cn, the mainland website, are able to see all search results, but are unable to click on government-censored links.

"We are very pleased that the government has renewed our [Internet content provider] license and we look forward to continuing to provide Web search and local products to our users in China," said Google on its blog.

Google isn't the only American Internet giant who has had trouble in China. American search engines have struggled to compete with local companies like Baidu and Tencent. Twitter, Facebook, and YouTube are blocked by the government.

What do you think about Google and China's new agreement? Is this the best solution for both parties?