'Forum Wider Than the G8' Needed to Address Sustainability Issues 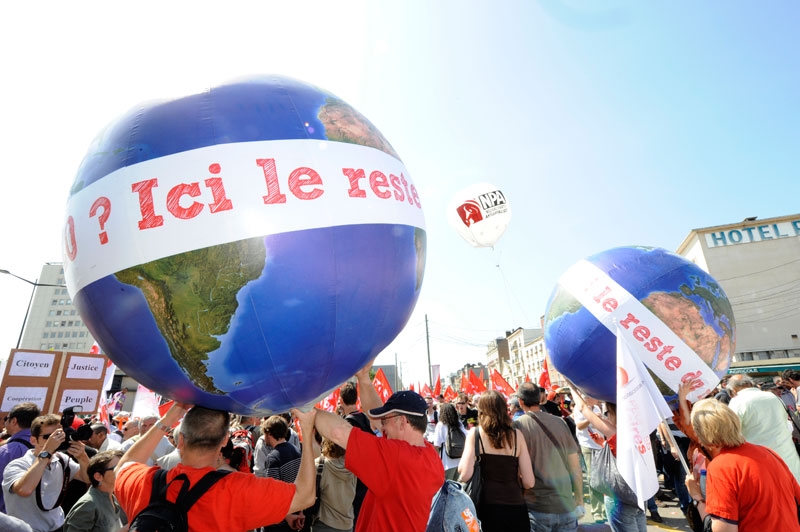 This is the first installment of Asia Society's Sustainability Roundtable, a regular feature on the re:ASIA blog featuring insight and analysis on current events from our team of sustainability experts. This week, we asked our roundtable to reflect on last week's G8 summit, which took place May 26-27 in Deauville, France. How did the summit address issues such as nuclear safety, climate change and the ongoing bioenergy debate?

As the captains and kings depart from the stage at Deauville one can't but get the feeling that the issues of nuclear safety, climate change and food security, all up for discussion at the G8 summit, are concerns that affect the other countries of the G20 just as much — perhaps more. How long the G8/G20 duopoly will continue is a matter for speculation but it is becoming increasingly evident that a forum wider than the G8 is needed to take these matters forward.

Fears over nuclear safety — which now looms large on the horizon with the accident in Japan following the earthquake and the accompanying tsunami — have already affected Germany, which has announced the closure of its nuclear programme by 2022. Japan too might be planning a significant reduction. But this is unlikely to affect the nuclear power projects in other Asian countries, especially those in India and China. Both are power hungry and in the early stages of their growth trajectories, and while both are committed to promoting non-conventional and renewable sources of energy, it will, in all likelihood, not be at the expense of nuclear and other forms of conventional energy including those dependent on fossil fuels.

This reality will make the next round of climate change talks contentious — of course, this is nothing new. An interesting development is the position of the U.K., which has set itself targets for emission that are drawing fire from critics within the country for making sacrifices (by implication that others are not making) likely to impact its economic recovery. It will be interesting to see how this plays out at the Durban discussions.

Finally, the effort to reduce oil consumption through the use of bio-fuels is raising concerns about the diversion of land from food crops at a time when fears of food inflation are gaining ground not only in Asia, but also Europe. Oxfam, in its recent report, warns of a near doubling of food prices by 2030. The standard response of most countries is to try the supply side approach. Very few, including countries and peoples in Asia, are questioning the implications of increasing the human footprint, of living styles with food habits that will inevitably put huge, perhaps unsustainable, pressures on land and water. Perhaps the tipping point is not evident yet, or maybe science has a few miracles left in its locker. Food for thought?